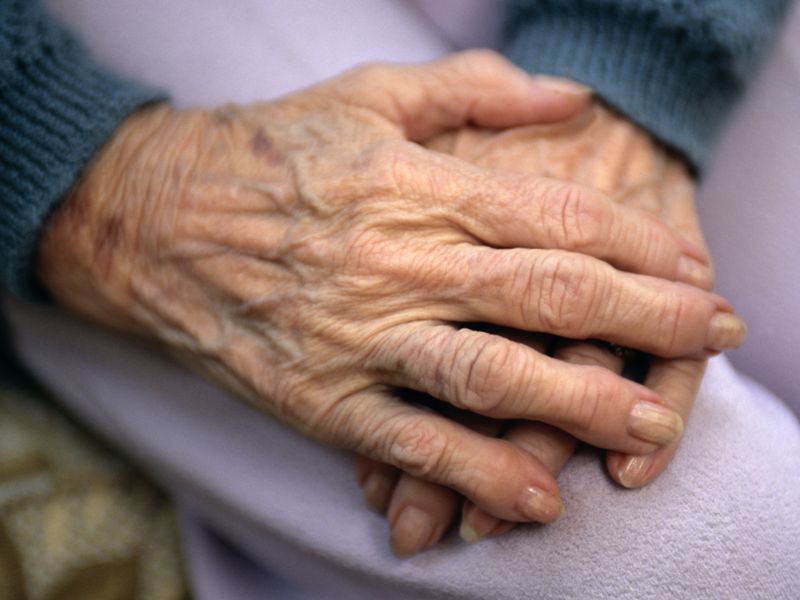 In a hopeful turnaround during a long pandemic, U.S. nursing homes that were once the epicenter of coronavirus infections are now seeing both cases and deaths fall steeply as the country's vaccination rollout starts to take hold.

From late December to early February, new cases among U.S. nursing home residents fell by more than 80 percent, nearly double the rate of improvement in the general population, The New York Times reported. The downward trend in deaths was even more heartening: Even as fatalities spiked overall this winter, deaths inside nursing homes have dropped by more than 65 percent.

"I'm almost at a loss for words at how amazing it is and how exciting," Dr. David Gifford, chief medical officer for the American Health Care Association, which represents thousands of long-term care facilities across the country, told the Times.

The good news comes not a moment too soon: Since the pandemic began, the coronavirus has raced through some 31,000 long-term care facilities in the United States, killing more than 163,000 residents and employees and accounting for more than a third of all virus deaths since the late spring, the Times said.

But with the arrival of vaccines, which were sent to long-term care facilities starting in late December, new cases and deaths in nursing homes have fallen steeply, outpacing national declines, the Times reported. It offers an early glimpse of what might be in store for the rest of the country, as more and more people get vaccinated.

"If we are seeing a robust response with this vaccine with the elderly with a highly contagious disease, I think that's a great sign for the rest of the population," Giffords told the Times.

About 4.5 million residents and employees in long-term care facilities have received at least one dose of the vaccine, according to the U.S. Centers for Disease Control and Prevention, including about 2.1 million who have been fully vaccinated.

Now, new cases in nursing homes are at their lowest point since May, when the federal government began tracking such data, the Times said.

"What is certainly surprising to me is how quickly we're seeing this," Dr. Sunil Parikh, an associate professor of epidemiology and medicine at Yale School of Public Health in Connecticut, told the Times.

"It's a dramatic decline," he said, adding that more research was needed to determine whether the first dose of vaccine may offer more protection than previously thought.

To try to answer that question, the American Health Care Association looked at nearly 800 nursing homes that received early doses of the vaccine in December and compared COVID-19 caseloads with facilities in the same counties that had not yet held a vaccine clinic. The nursing homes that got the earlier vaccine saw a 48 percent decline in cases among residents, compared with 21 percent among nearby nursing homes, the Times reported.

A single-shot coronavirus vaccine made by Johnson & Johnson completely prevented hospitalizations and deaths in a large clinical trial, a new review released Wednesday by the U.S. Food and Drug Administration found.

What would be the third vaccine to be authorized in the United States for emergency use could be approved as soon as this weekend, the Washington Post reported. The J&J vaccine was more than 85 percent effective at preventing severe illness, including in a region dominated by a concerning variant, but only 66 percent protective overall when moderate cases were included.

FDA scientists found the "known benefits" of the vaccine included reducing the risk of symptomatic and severe cases of COVID-19, at least two weeks after vaccination. The review found its efficacy against severe illness "was similarly high across the United States, South Africa, and Brazil."

"We know this vaccine prevents 85 percent of the severe disease. . . . It was 100 percent effective in preventing hospitalization and deaths, and that's really what's important," Nancy Bennett, a professor of medicine and public health sciences at the University of Rochester School of Medicine and Dentistry, told the Post. "Those facts are the most important thing to recognize."

The vaccine was less effective in a subgroup of adults older than 60 who also had risk factors for severe illness, but regulators noted there were no deaths or cases requiring medical intervention a month after those older adults received vaccines. Overall, there were seven deaths in the trial, all in the group that received a placebo shot, the Post reported.

An FDA advisory panel is set to meet Friday to recommend whether the FDA should authorize the shot for emergency use.

Public health officials have eagerly awaited the arrival of the J&J vaccine because it can be stored in a refrigerator for several months, which should ease the challenges of distributing vaccines in sub-zero temperatures, and it doesn't require a follow-up booster shot, the Post said.

Officials from both Pfizer and Moderna delivered reassuring news about their COVID-19 vaccines to Congress on Tuesday: There will be a sharp rise in the delivery of doses in the coming month, and they will be able to provide enough doses to vaccinate most Americans by summer.

By the end of March, Pfizer and Moderna expect to have delivered a total of 220 million vaccine doses to the U.S. government, a significant uptick from the roughly 82 million doses that the U.S. Centers for Disease Control and Prevention says have shipped so far.

"We do believe we're on track," Moderna President Stephen Hoge told a House subcommittee after describing how the company has ramped up production. "We think we're at a very good spot."

That encouraging news comes as federal regulators plan to weigh the emergency use of a third COVID-19 vaccine, from Johnson & Johnson, later this week. The Biden administration said Tuesday that it expects about 2 million doses of that vaccine to be shipped in the first week after approval, and the company told lawmakers it should provide enough of the single-dose option for 20 million people by the end of March, the Associated Press reported.

By summer, Pfizer and Moderna said they expect to complete delivery of 300 million doses each, while J&J aims to provide an additional 100 million doses. That would be more than enough to vaccinate every American adult, the AP reported.

Two other manufacturers, Novavax and AstraZeneca, have vaccines in the pipeline and anticipate eventually adding to those totals, the AP said.

When asked whether they face shortages of raw materials, equipment or funding that would delay vaccine deliveries, all of the companies testified that they had enough supplies and had already addressed some early bottlenecks in production.

"At this point, I can confirm we are not seeing any shortages of raw materials," said Pfizer's John Young.

Even with no further interruptions, other issues could still delay or block the United States from vaccinating 70% to 80% of its population -- the critical threshold needed to neutralize the spread of coronavirus -- by summer.

As of Thursday, more than 66.4 million people had received at least one dose of a COVID-19 vaccine, including 20.6 million people who have received both doses, according to the CDC.

Curbing the spread of the coronavirus in the rest of the world remains challenging.

In India, the coronavirus case count was more than 11 million by Thursday, a Johns Hopkins University tally showed. Brazil had just over 10.3 million cases and nearly 250,000 deaths as of Thursday, the Hopkins tally showed.

Worldwide, the number of reported infections passed 112.6 million on Thursday, with nearly 2.5 million deaths recorded, according to the Hopkins tally.