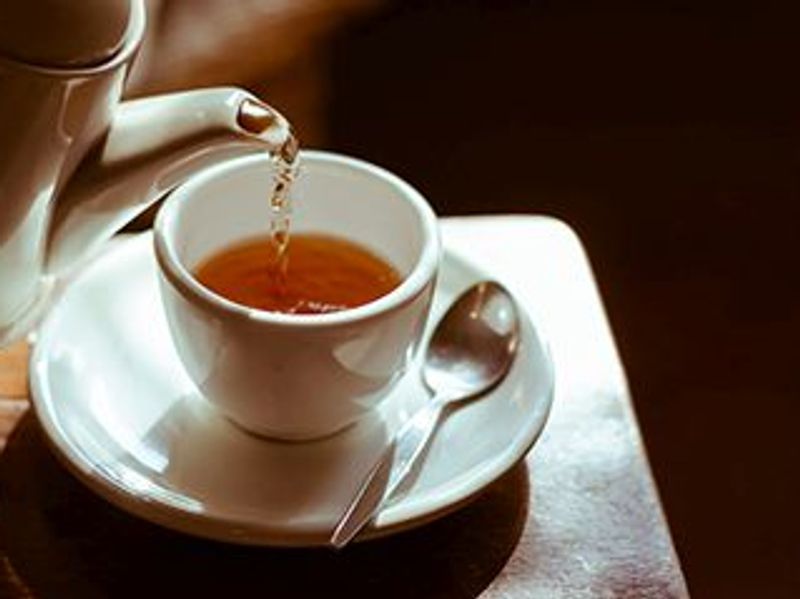 Science Reveals Why Tea Is Good for Your Heart

If a nice hot cup of tea sounds good to you, there's even more reason to enjoy one now. Scientists have gained new insight into how tea helps lower blood pressure, perhaps pointing the way to new types of blood pressure medications.

The researchers found that certain compounds in both black and green tea help relax blood vessels by activating ion channel proteins in the walls of blood vessels.

Two catechin-type flavonoid compounds (epicatechin gallate and epigallocatechin-3-gallate) each activate a specific type of ion channel protein named KCNQ5, which is found in the smooth muscle that lines blood vessels.

People worldwide have about 2 billion cups of tea each day. And tea is second only to water in terms of the volume consumed globally, the researchers said in background notes.

Black tea is often mixed with milk. In laboratory tests, the UCI team found that the addition of milk to black tea prevented the beneficial KCNQ5-activating effects of tea.

However, we "don't believe this means one needs to avoid milk when drinking tea to take advantage of the beneficial properties of tea. We are confident that the environment in the human stomach will separate the catechins from the proteins and other molecules in milk that would otherwise block catechins' beneficial effects," study co-author Geoffrey Abbott said in a university news release. He's a professor in the department of physiology and biophysics in the UCI School of Medicine.

Previous studies have shown that even when milk is added, tea retains its blood pressure-lowering benefits.

The new study also found that warming green tea to 35 degrees Celsius (95 degrees Fahrenheit) changes its chemical composition in a way that makes it more effective at activating KCNQ5.

"Regardless of whether tea is consumed iced or hot, this temperature is achieved after tea is drunk, as human body temperature is about 37 degrees Celsius," Abbott said. "Thus, simply by drinking tea we activate its beneficial, antihypertensive properties."

The findings were published in the March issue of the journal Cellular Physiology and Biochemistry.

The U.S. Centers for Disease Control and Prevention has more on preventing high blood pressure.