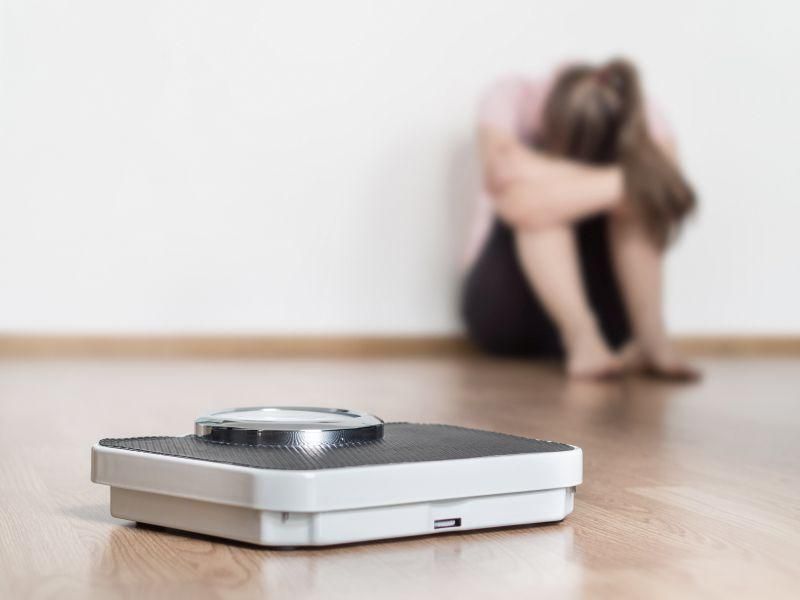 Lockdowns Are Putting People With Eating Disorders in Crisis

At Eating Recovery Center, which offers treatment and services for people who have eating disorders, intensive outpatient and partial hospitalization programs were switched to virtual when the pandemic began.

But that didn't sit well with people who were working on their recovery.

"Our patients said, 'You can't do this. This is not enough support for us,'" said Ellen Astrachan-Fletcher, a certified eating disorder specialist and regional clinical director at the Eating Recovery Center in Chicago. "And within a week, we brought partial hospitalization back on site because we realized that the risk to them not getting treatment on site was worse than the risk to them coming out in public."

Among those who are facing fear, isolation and loss during the pandemic are people who experience eating disorders, such as anorexia, bulimia and binge eating, according to recent research from Anglia Ruskin University in Cambridge, England.

"It's been well-documented that people with eating disorders control their eating in a negative way, because they feel that they have control over that behavior and there are other areas of their life that they don't have control in," said study author Mike Trott, a PhD researcher at Anglia Ruskin University.

Researchers from the university reconnected with participants from a 2019 study on body dysmorphia, exercise addiction and eating disorders, to find out how COVID-19 restrictions in 2020 may have impacted their eating disorders. The 319 participants were health club members with an average age of 37.

Participants answered questions in response to statements that included: 'I am terrified about being overweight,' 'I have the impulse to vomit after meals,' and 'I feel extremely guilty after eating,' which are part of the eating attitudes test, called EAT-26.

The EAT-26 scores significantly increased in 2020, post-lockdown, compared to 2019. This suggested higher levels of eating behaviors such as anorexia and bulimia, according to the study authors.

The findings were published in the April issue of the journal Psychiatry Research.

In the United Kingdom, lockdowns meant being allowed to travel only specific distances from home. "And that is a very new stress, a very new mental stress on the body," Trott said. "What has been shown in the past is that stress, no matter what form, it comes with coping mechanisms that involve food."

Trott said researchers could not be certain that the pandemic was responsible for the increase in eating disorder behaviors.

"I think we're a long way from regular life," Trott said. "I think with some people, it may go back to normal. I think for others, maybe not. We all deal with things in different ways and for some of us, it sticks with us."

Astrachan-Fletcher pointed out that eating disorders can thrive in an environment where one is socially isolated for an extended period of time. Warning signs are harder to pick up virtually.

She noted that body dysmorphic disorder was one issue the study found didn't change during the pandemic.

That could be because people are not experiencing as many opportunities for social comparison of their bodies. Social comparison is a big contributor to body dysmorphia, she explained.

The return to situations where there is increased social anxiety and social comparison could contribute to increasing struggles, Astrachan-Fletcher said.

"Being isolated for a year, and I've seen this with lots of people, can even lead to this greater anxiety about leaving the home, even though it's 'safer' out there because of the vaccines," Astrachan-Fletcher said. "I absolutely believe as we start to open up we are going to see people struggling with that, with growing rates of anxiety and depression."

Return to 'normal' life could be hard

"We know that puberty certainly contributes, that at the time of puberty sometimes that biological predisposition kicks in," Astrachan-Fletcher said. "Do we know exactly what causes eating disorders? It is multifaceted. That's exactly what we know."

As much as people miss their support systems, they've also gotten used to being more isolated and not being seen physically, said Ilene Fishman, a social worker in private practice in New York City whose specialty is eating disorders. Fishman is also a founder of the National Eating Disorders Association.

During the pandemic, people have had their reliable schedules and support systems interrupted, Fishman said. There is less in-person connection, including psychotherapy treatment. Food insecurity early in the pandemic may also have been triggering for people with eating disorders, Fishman added.

Often when people have eating disorders, their lives become smaller, Fishman said. They're not as social. They're not dining with people. They may make excuses to avoid socialization. Those can be warning signs, as can signs of depression and anxiety, she said.

One positive outcome is that everyone is talking about mental health more now, Fishman said, which may reduce the stigma around mental health issues.

Contact the National Eating Disorders Association's helpline at 1-800-931-2237. Text NEDA to 741741 in a crisis situation. The U.S. National Institute of Mental Health has more on eating disorders.