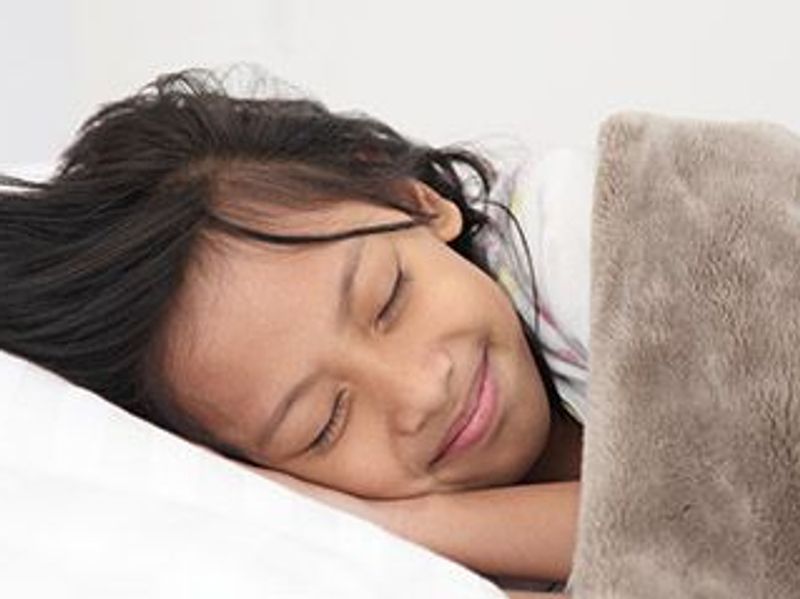 Some Kids Snore, and It Could Affect Behavior

Snoring just isn't for adults, and behavior problems in kids who regularly snore may be due to changes in their brain structure, researchers say.

Prior studies have found a link between regular snoring and behavior problems such as inattention or hyperactivity, but this connection isn't fully understood.

And a few small studies have reported a link between sleep apnea -- prolonged breathing pauses during sleep -- and certain brain changes.

But it's not clear if these changes contribute to behaviors in some kids with obstructive sleep-disordered breathing, a group of conditions connected with snoring and characterized by resistance to breathing during sleep.

To learn more, researchers analyzed data from more than 11,000 children ages 9 and 10 in the United States.

The analysis showed the link between habitual snoring (snoring three or more nights a week) and behavior problems. The most frequent snorers generally had worse behavior, information from parents showed.

The study also found a link between frequent snoring and smaller size of multiple areas of the brain's frontal lobe, which is involved in functions such as problem solving, impulse control and social interactions.

While the findings suggest that brain differences in kids who are habitual snorers may contribute to behavior problems, more research is needed to confirm a direct cause-and-effect link.

The study was done by a team led by Dr. Amal Isaiah of the University of Maryland School of Medicine.

The findings suggest that obstructive sleep-disordered breathing is a potentially reversible cause of behavioral problems, and that kids should routinely be screened for snoring.

Children who habitually snore could be referred for follow-up care, including assessment and treatment for obesity and other conditions that contribute to sleep-disordered breathing, or for evaluation for surgery to remove the adenoids and tonsils, the authors said in a NIDA news release.

The American Academy of Pediatrics has more on kids and snoring.