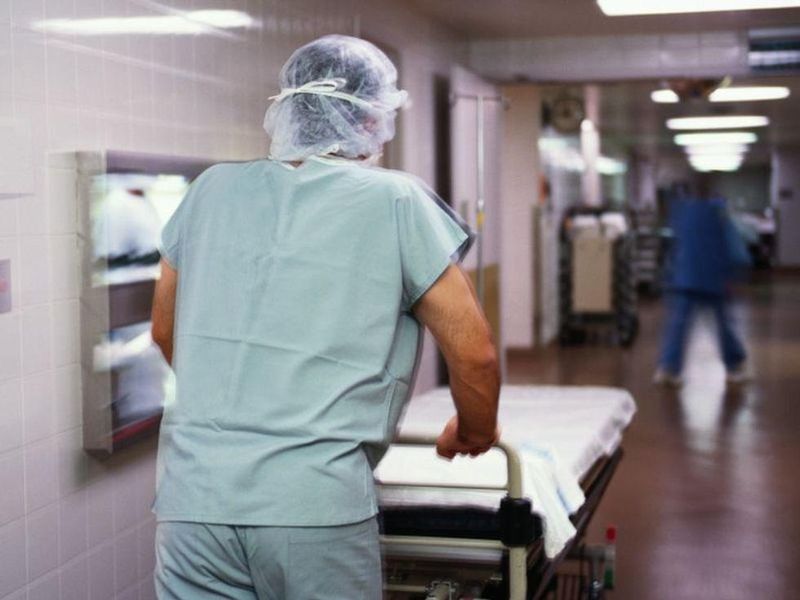 It's Still Tough to Find Prices on Most U.S. Hospital Websites

U.S. hospitals have been required to make their prices public since 2019, but 18 months into the rule more than half weren't doing it, a new study finds.

In 2018, the Trump administration issued a rule requiring hospitals to publish their "chargemasters" on their websites. A chargemaster is a rundown of a hospital's services, along with their list prices - something akin to the manufacturer's suggested retail price for a car.

The idea was to promote transparency in an area where there had been none. Hospital charges have traditionally been hidden from patients and doctors alike.

But the new study found that 18 months after the rule went into effect (in January 2019), just over 51% of hospitals were not compliant.

The other half, meanwhile, were not exactly providing stellar customer service.

"Even when they were posting their chargemasters, very few were actually interpretable," said researcher Dr. David Hsieh, of the University of Texas Southwestern Medical Center, in Dallas.

Hsieh and his colleagues had two college students - proxies for the average internet-scouring layperson - try to assess "shoppable" items on 100 hospitals' chargemasters. It did not go well.

When the two students looked for the same services on the chargemaster from the same hospital, they often came up with different prices.

The findings, published online May 14 in JAMA Network Open, were not met with surprise.

But when it comes to chargemaster prices, she said, "there have also been a lot of questions about how valuable this information is to people."

One issue, Gustafsson explained, is there's no standard way for hospitals to report the price information, which makes it hard to decipher, let alone comparison-shop among different hospitals.

But even if the terms and figures were consumer-friendly, Gustafsson said, there's still the matter of whether most people can put them to use.

That point was echoed by Maureen Hensley-Quinn, senior program director at the National Academy for State Health Policy, in Washington, D.C.

"Honestly, the chargemaster price is not that useful to consumers," she said.

That's largely because almost no one actually pays those list prices. Hospitals use the chargemaster in negotiating payments with insurers, Hensley-Quinn said. And since most Americans have some kind of insurance, she added, the chargemaster price matters little to them.

It does not give them an idea of their out-of-pocket costs, including co-payments required by their insurance.

List prices are more relevant to people without insurance, who may actually get a bill for that amount, Hensley-Quinn said.

Things are changing, however. As of January 2021, hospitals have to post additional price information, according to the U.S. Centers for Medicare & Medicaid Services (CMS).

That includes the discounted prices they offer cash-paying patients - something Hensley-Quinn said could be quite useful to some people.

Hospitals will also have to provide, in a "consumer-friendly format," the charges for 300 common, shoppable services, like joint replacement surgery or childbirth. The charges have to be "bundled" to include all costs related to the service, from operating room time to medications to fees from hospital-employed providers.

In the end, though, Hensley-Quinn said, most people choose a hospital based on the recommendation of "their own trusted provider" - and what their insurance will cover.

Insured people, she said, should make sure the hospital is in their plan's network, and try to find out whether all of the providers involved in their care will be in-network. That's to avoid any "surprise" medical bills.

Hospital pricing information may be more useful for bigger entities - like insurance plans - than for individual patients, Gustafsson and Hensley-Quinn said.

As of this year, hospitals must also disclose the maximum and minimum charges they've negotiated with insurers for each service.

So an insurer will be able to see if it's getting a raw deal, Hensley-Quinn said.

It's also possible that ongoing steps will continue to make pricing data more user-friendly for the average patient, according to Hsieh.

"I think this is a work in progress," he said.

And what about compliance? Hsieh noted that CMS is now auditing hospitals' websites and can penalize them for non-compliance.

The American Hospital Association and other hospital groups filed an unsuccessful lawsuit to keep the 2021 rule from going forward, arguing it does nothing to help patients understand what they will pay.

The American Hospital Association did not respond to a request for comment on the new study.

The U.S. Centers for Medicare & Medicaid Services has more on hospital price transparency.