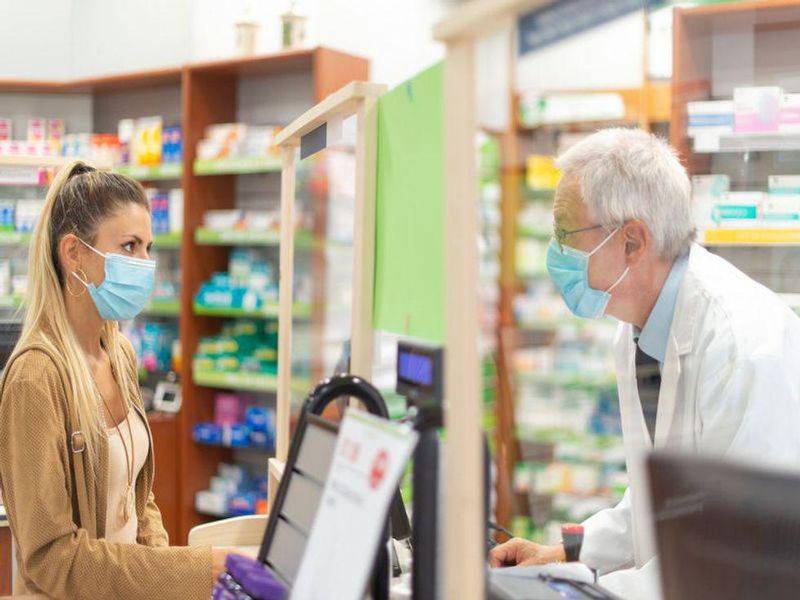 Are Antibiotics Really the Answer for UTIs in Women?

Urinary tract infections: They're the bane of millions of women, and a new study finds that many sufferers are unhappy that diagnosis and treatments are still limited for this painful condition.

One of the biggest concerns researchers found was that many women think frequent antibiotic use to treat urinary tract infections (UTIs) might not be the best solution. The study also noted frustration among women that they weren't getting more help with prevention from their doctors. More than half of all women will experience a UTI in their lifetimes while a quarter will have recurring infections, the researchers noted.

"That's really what inspired us to do this study ... to dive into that a little bit more and understand," said lead author Dr. Victoria Scott, a urologist at Cedars-Sinai Medical Center in Los Angeles.

Doctors who specialize in urogynecology often see the most severe recurrent UTI cases, after patients were seen by primary care physicians, Scott said. Experience treating women with recurrent UTIs led to holding six focus groups where participants were asked what they knew about UTIs, prevention strategies, treatment and the impact on their quality of life.

The research team found that the women in the focus groups were fearful and frustrated.


"The problem is waiting for the results … and you're in a lot of pain and you could be getting worse," one study participant said.

Another participant said it had taken four or five months to get both her system and her head back to where they were supposed to be after infection and antibiotics.

The women in the focus groups were well aware of the risks in developing antibiotic resistance. Many thought they had been given antibiotics when they had a different health issue, such as overactive bladder. Some patients had developed an infection of the antibiotic-resistant C. difficile bacteria.


"I also sometimes think I'm creating a monster of a UTI infection that will be resistant to anything," one woman said.

The women felt the impact of UTIs on their lives was bigger than the medical profession acknowledged, and they wanted more research on non-antibiotic options.

"I think now women, as they become more educated and understand a lot more about antibiotics and the pathophysiology of UTIs, are asking for more education and more development of a plan of action from their physicians for when they do develop symptoms," Scott said.

New strategies are needed that will help limit and target antibiotic use, according to the researchers.

The female urethra is much shorter than the male urethra, so it can make it easier to allow bacteria into the bladder, Scott said. Some women will go through periods in their life where they don't have UTIs for years, but then recurrent infections might begin -- which happens for about one quarter of women.

Times common for recurrent infection include during and after menopause, as well as when a woman becomes sexually active.

"I have to say for the majority of women when we evaluate them, we don't find specific anatomic or physiologic issues that we can address, which I think for a lot of women is more frustrating, that we can't pinpoint a problem we can actually fix for them," Scott said.

Though antibiotics are often the most effective treatment option, some studies have shown that about 40% of episodes of UTI can be cleared by only using ibuprofen to treat symptoms, Scott said. There is some risk of developing a kidney infection when not treating the bacteria.


"Our group is excited about hopefully development of more rapid diagnostics that can tell us what bacteria is growing, if any, and then very importantly, the antibiotic sensitivities as well," Scott said, "so that when a woman calls us or comes to the clinic with symptoms, we don't have to guess, number one, is it a UTI or not? And then, number two, we don't have to guess what antibiotics are best to treat it."

The research will appear in the September issue of the Journal of Urology.

A variety of alternative treatments include cranberry supplements, a particular antiseptic medication, probiotics and vitamin C, but data is mixed on all of those options.

Some topical hormone treatments can be helpful to menopausal women, said Dr. Warren Bromberg, a urologist at Northern Westchester Hospital in Mount Kisco, N.Y., who was not involved in the study.

One solution to getting a quicker diagnosis, when a urine culture can take three to five days, is a urine analysis that can be completed quickly, Bromberg said. It won't confirm a UTI, but it can suggest one because of certain markers that would appear in the urine.

"It's a little bit of a catch-22 because: A. [patients] don't want to wait because they're pretty uncomfortable, but B., as they mentioned in the article, they're not really thrilled about taking the antibiotic in the first place," Bromberg said.


The best solution for recurrent UTIs and frustration would be for the physician to sit down with the patient, consider their specific needs and work out an individualized plan that the patient is comfortable following, Bromberg said.


"You try and work this out together," Bromberg said. "We need a lot more research on this, that's the other thing they point out, we do need a lot of research. [Researchers] have looked at vaccines. That hasn't been terribly successful yet. We really need more to help women."

The U.S. Centers for Disease Control and Prevention has more on urinary tract infections.