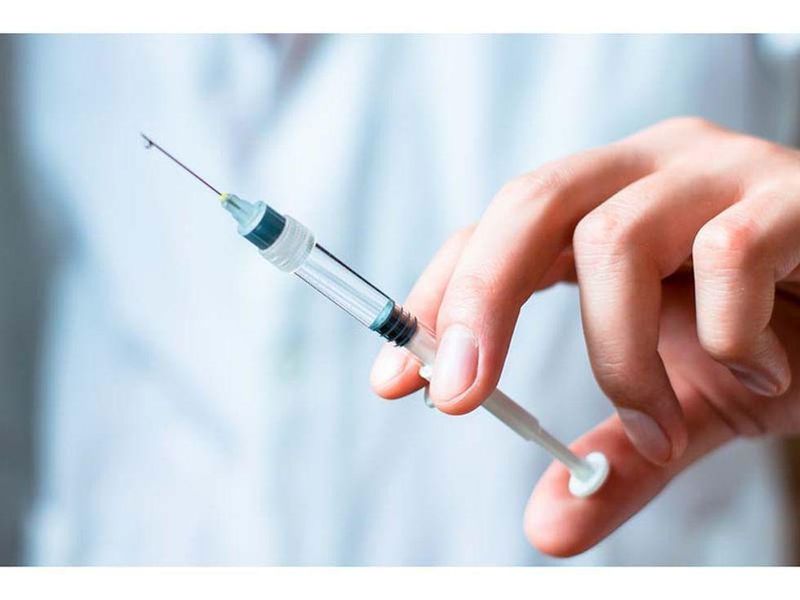 Mirroring a similar recommendation issued last month for the Pfizer COVID-19 vaccine, an expert advisory panel to the U.S. Food and Drug Administration on Thursday recommended a half-dose booster shot of the Moderna vaccine be given to certain recipients six months after their second shot.

Panelists recommended that everyone aged 65 or older who received the two-dose Moderna regimen get a third dose, as well as any younger adult who might be at high risk for COVID-19 due to a medical condition or a job that increases their exposure to SARS-CoV-2, The New York Times reported.

The FDA is not obligated to follow its advisory panels' decisions, but it typically does.

The data presented was not particularly decisive, committee members said, but they noted that a precedent had been set in September when the FDA gave emergency authorization to booster shots for the millions of Americans who'd gotten the Pfizer-BioNTech vaccine.

The evidence of a need for booster shots was clearer for the Pfizer vaccine, however. In data presented to the panelists last month, one study from the U.S. Centers for Disease Control and Prevention found that four months after a person's second dose of the Pfizer vaccine, its effectiveness in preventing illness requiring hospitalization fell from 91% to 77%.

But with the Moderna vaccine, the drop-off over time was much less dramatic, making the justification for any booster shot much weaker.

Acknowledging that, Moderna argued instead that a booster could still be useful in preventing mild or moderate forms of COVID-19.

As part of the data presented, Moderna said its study found that antibody levels to SARS-CoV-2 rose by 1.8 times after people received a booster shot. But the company narrowly missed another threshold set by the advisory panel: The committee hoped to see a fourfold increase in neutralizing antibodies in 88.4% of study participants who got boosters, but the Moderna study observed such a rise in 87.9%, the Times reported.

One expert in infectious disease was dubious that boosters for younger, healthier Moderna vaccine recipients are necessary.

"The key question to focus on is whether there is evidence of erosion of protection against hospitalization with COVID," said Dr. Amesh Adalja, a senior scholar at the Johns Hopkins Center for Health Security, in Baltimore. "In those age or risk groups where this has occurred, a booster may be warranted."

However, he said that "it is unclear what benefit those at low risk for hospitalization gain from a booster, as there is not enough data to show that boosters protect for a significant amount of time against mild breakthrough infections."

Adalja said that's especially true for the Moderna product, "as it has been associated with less waning [of protection] than other COVID vaccines."

Millions of Americans who got the Moderna and Johnson & Johnson coronavirus vaccines have had to watch those who received the Pfizer vaccine roll up their sleeves for a booster shot, wondering when they will get the same chance at extra protection.

Now that the FDA advisors have made their recommendation, the agency will make its decision on whether to authorize boosters for at least some people who were immunized with the Moderna vaccine.

If the FDA approves the extra dose, a panel convened next week by the U.S. Centers for Disease Control and Prevention will then recommend more specifics on who should get them.

As a final measure, the CDC panel's decision has to be approved by Dr. Rochelle Walensky, director of the U.S. Centers for Disease Control and Prevention.

One of the trickier points before the advisory panel was the dosage of any Moderna booster. The two initial Moderna shots contain 100 micrograms of vaccine each. But the drugmaker said in documents filed with the FDA that 50 micrograms ought to be enough for a booster for healthy people.

A company study of 344 people gave them a 50-microgram shot six months after their second dose, and levels of virus-fighting antibodies jumped. Moderna said the booster even triggered a 42-fold rise in antibodies able to target the highly contagious Delta variant.

Side effects were similar to the fevers and aches that Moderna recipients commonly experience after their second regular shot, the company said.

On Friday, the same advisory panel will issue its recommendation on whether booster shots are needed for the roughly 15 million Americans who received the one-dose Johnson & Johnson vaccine, which has shown significant weakening in effectiveness over time.

The panel will also look into the safety and effectiveness of mixing and matching different brands of vaccine, something regulators have not endorsed so far. In a study published Thursday on a non-peer-reviewed site, data suggested that people who'd gotten the Johnson & Johnson vaccine might get a bigger bump in protection if their second dose is either the Pfizer or Moderna shot, rather than a second dose of J&J.

Beyond the question of waning efficacy of COVID-19 vaccines, some experts say there is also a need to "harmonize" the country's booster strategy.

"We're in this very complicated situation right now: People are going into pharmacies or places where vaccines are available and saying, 'I want my third dose of Moderna,' or 'I want my second dose of J&J,'" Dr. H. Cody Meissner, an infectious disease expert at Tufts Medical Center in Boston, who serves on the FDA advisory panel, told the Times. "I don't think anyone has much doubt that we will need a booster dose for these vaccines. What we don't know is: How urgent is the need?"

An estimated 103 million Americans are now fully vaccinated with Pfizer's formula, 69 million with Moderna's and 15 million with J&J's, according to the CDC. Regulators took up the question of Pfizer boosters first because the company submitted its data ahead of the other vaccine makers.

As for people who got the J&J vaccine, the company has submitted data to the FDA for two different options: a booster shot at two months or at six months. The company said in its FDA submission that a six-month booster is recommended but that a second dose could be given at two months in some situations, the Associated Press reported.

J&J released data in September showing that a booster given at two months provided 94% protection against moderate-to-severe COVID-19 infection. The company has not disclosed patient data on a six-month booster, but early measures of virus-fighting antibodies suggest it provides even higher protection.

Even without a booster, J&J says, its vaccine remains about 80% effective at preventing COVID-19 hospitalizations.