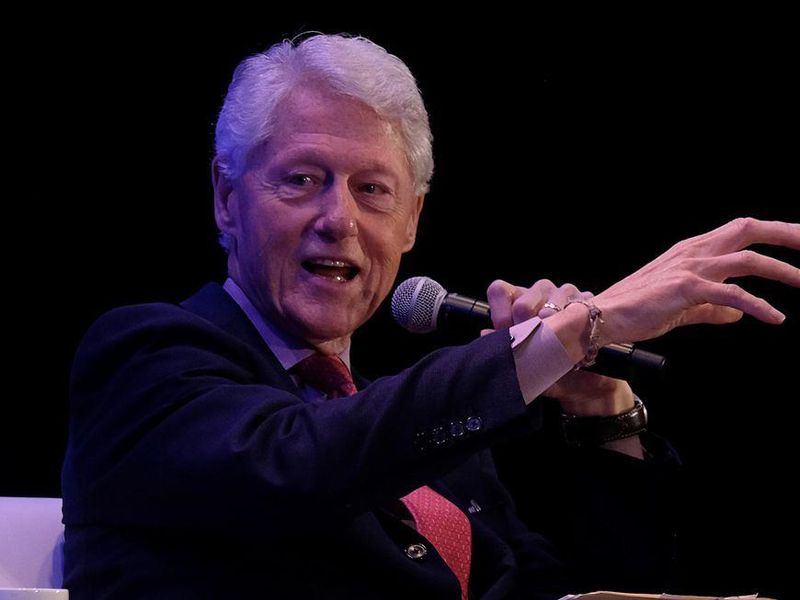 Bill Clinton Discharged From Hospital After Recovery From Sepsis

Former President Bill Clinton was released from a California hospital on Sunday after being treated for sepsis.

Clinton, 75, was admitted for care at the University of California Irvine Medical Center, in Orange, last Tuesday after developing sepsis triggered by a urological infection.

A spokesperson for Clinton shared a statement on Twitter from Dr. Alpesh Amin, the chairman of the Department of Medicine at the University of California, Irvine. Amin had been directing the team of doctors treating Clinton.

Clinton's "fever and white blood cell count are normalized and he will return to New York to finish his course of antibiotics," Amin said in the statement. "On behalf of everyone at UC Irvine Medical Center, we were honored to have treated him and will continue to monitor his progress."

Clinton had been kept at the hospital because the type of antibiotic needed to treat the urinary tract infection that's causing the sepsis needs to be delivered intravenously, CNN reported. On Saturday, spokesperson Angel Ureña said on Twitter that Clinton had "continued to make excellent progress."

Ureña said Saturday that Clinton was "in great spirits and has been spending time with family, catching up with friends, and watching college football," CNN reported.

Although Clinton's recovery is typical, in some cases sepsis can lead to a potentially deadly condition known as septic shock, defined by dangerously low blood pressure and the inability to adequately fill organs with blood and deliver critical oxygen to tissues, said Dr. Robert Glatter, an emergency physician at Lenox Hill Hospital in New York City.

"Studies have shown that early recognition and intervention with intravenous fluids and broad spectrum intravenous antibiotics to treat sepsis can be lifesaving," added Glatter, who wasn't involved in Clinton's care.