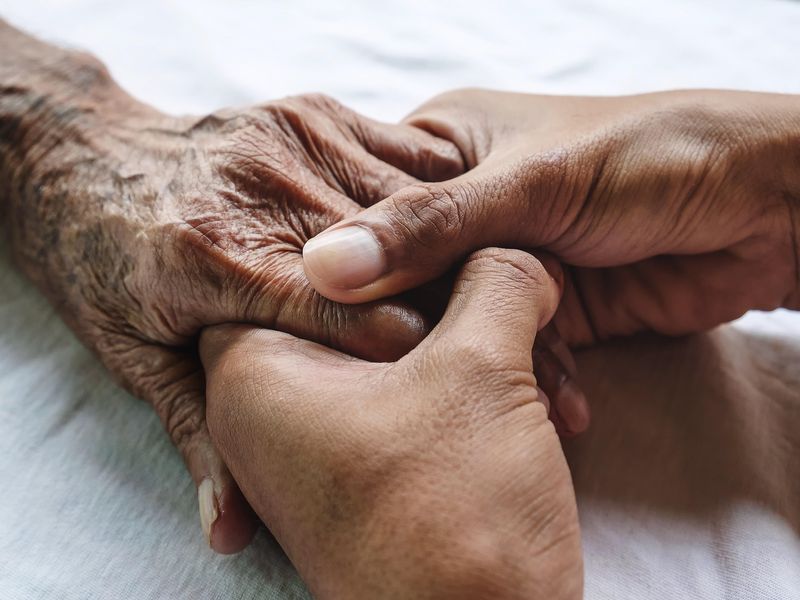 Palliative care can be a godsend in the final days of one's life, but new research shows that Black and Hispanic nursing home residents are far less likely to receive it than their white peers are.

Overall, nursing homes in the Northeast provided the most palliative care, while those in the South provided the least amount of this type of care.

But in the Northeast and West, the study found, nursing homes that had higher numbers of Black residents provided less of this type of care. In all regions, the more Hispanic residents there were in a nursing home, the fewer palliative care services there were.

While Black and Hispanic nursing home residents tend to have poorer health, they are also less likely to get hospice care at the very end of their lives, receive worse pain management and are more likely to undergo aggressive treatment and hospitalization, according to the study.

Palliative care is an essential part of high-quality, end-of-life care, Estrada said. It's specialized medical care focused on improving quality of life for people with terminal illnesses and is patient-centered and holistic, Estrada said. It might include spiritual and psychological care, as well as easing physical and emotional suffering.

To assess care in different regions, the researchers surveyed 869 nursing homes across the United States, meant to represent the approximately 15,000 nursing homes throughout the country. They studied nursing homes by the concentration of Black and Hispanic residents.


"My hope is that given that palliative care is essential at the end of life, it's possible that more high-quality palliative care can be the missing link to achieve health equity in nursing homes," Estrada said.

The U.S. Centers for Medicare and Medicaid Innovation Center models are focused on improving care and spending efficiency in nursing homes, but not on health equity or end-of-life care, Estrada noted.

"Incentivizing some sort of payment options that increase palliative care services, it's one way that can at least improve care in the nursing home for the residents in a way that is holistic and has been found to be cost-efficient in other mechanisms and settings," Estrada said.

The findings were published recently in the Journal of Palliative Medicine.

Vickie Mays is director for the BRITE Center for Science, Research and Policy at UCLA in Los Angeles and was not involved in the study. She said the disparity seen in this study may be a function of lasting differences in insurance and income that started earlier in life.

"You're more likely to see in racial and ethnic minorities that the kind of insurers near the end of their life are going to be a function of the type of employment and resources they had earlier in their life," Mays said. Examples include past employment that paid hourly wages and didn't offer benefits, or not being able to buy long-term care insurance.

"At the end of their lives and when they are utilizing these care facilities, those earlier inequities get played out again later in what it is that they have access to," Mays explained.

She added that it may be important to think about what the best practices are for end-of-life care. If it's determined that palliative care is a priority, then standardizing levels of care similar to the way labor and delivery care is standardized for pregnant women and infants could be a solution, Mays said.

"If palliative care makes a difference, it may be that we need to determine that when people reach a certain stage of health deterioration, that they should be in a particular kind of environment in which those services are available," Mays said. "It's standardizing levels of care and determining that those levels of care should be there, regardless of whether a person has lots of money or they are being paid for by the federal government.

The U.S. National Institute on Aging has more information on palliative care.