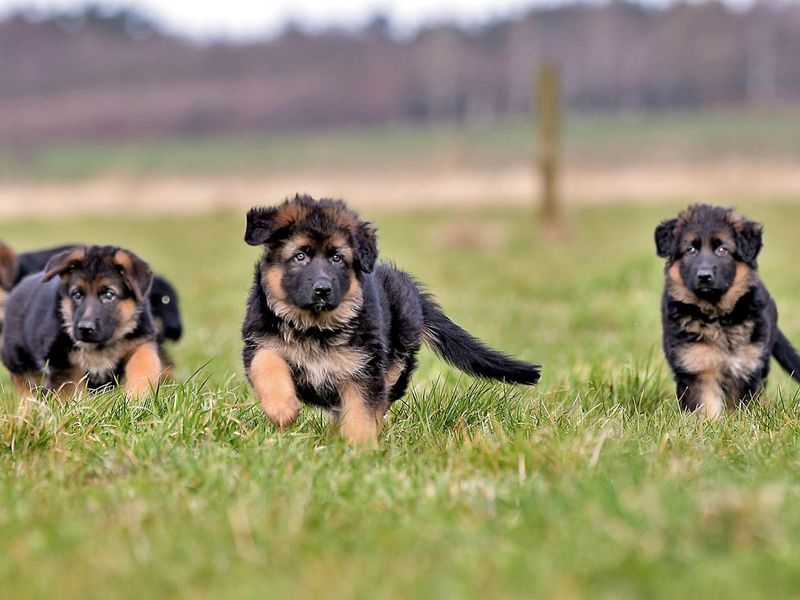 Scientists Discover Cause of Swallowing Disorder in German Shepherds

German shepherds are one of the most noble dog breeds on the planet, but they can fall prey to an often deadly swallowing disorder.

Now, researchers report they have not only identified a gene variant that explains this susceptibility, but they have also designed a test to spot the disease -- congenital idiopathic megaesophagus (CIM) -- that breeders can use to reduce the risk of the disease in new litters.

Puppies with CIM have an enlarged esophagus that's unable to move food into their stomachs. They vomit their meals and fail to thrive, often leading to euthanasia.

In this study, Clemson University researchers did a genome-wide scan to identify genes associated with the disorder in German shepherds.

The scan revealed a link on canine chromosome 12 and a variant within melanin-concentrating hormone receptor 2 (MCHR2), which affects appetite, weight and how food moves through the digestive tract.

An imbalance of melanin-concentrating hormones may play a role in CIM, according to authors of the study published March 10 in the journal PLOS Genetics.

Leigh Anne Clark, an associate professor of genetics and biochemistry at Clemson, led the inquiry.

It follows a separate study, published in January, of a treatment for megaescophagus.

Her team also found that male puppies are twice as likely as females to have the disorder. That may be because higher estrogen levels in females allow food to pass to the stomach more effectively, thereby protecting against the disease.

"What they've found in people is that estrogen has the effect of relaxing the sphincter that connects the esophagus to the stomach. By having more estrogen, the smooth muscle there is naturally more likely to open," said first author Sarah Bell, a graduate research assistant in genetics. This increases movement of food into the stomach.

The MCHR2 variant and the dog's sex can predict the risk of megaesophagus with 75% accuracy, according to the researchers. Owners can swab their dog's gums and submit the sample to genetic testing companies.

While German shepherds have the highest rate of the disease, it also affects other breeds, including Labrador retrievers, Great Danes, dachshunds and miniature schnauzers.

Researchers said it's not clear the genetic variation identified in this study is involved in CIM in other breeds.

There's more about megaesophagus in dogs at Veterinarians.org.