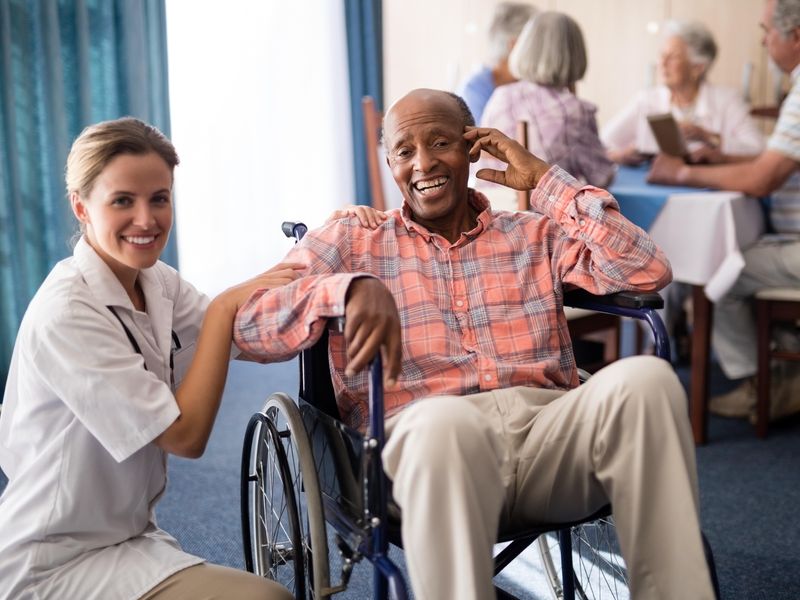 THURSDAY, April 7, 2022 (HealthDay News) --The nursing home industry is awash in ineffective care and staffing shortages, claims a new report that calls for sweeping changes in an industry whose failures have only been exacerbated by the pandemic.

Experts from the National Academies of Sciences, Engineering, and Medicine minced no words in in their 605-page report, released Wednesday.

"The public is so concerned about the quality of care that most people really fear their family having to be in a nursing home," Betty Ferrell, a nurse who chaired the report committee, told the Associated Press. "We're very optimistic that our government officials will respond to what has really been a travesty."

Staffing was one of the major focal points of the study, which advocates have often said is too low in sheer numbers, while also untrained and underpaid.

The report advised additional study on optimal staffing, while also calling for at least one registered nurse on duty at all times. Nursing home staff should also have an infection prevention and control specialist and a social worker, the report said. President Joe Biden has also called for establishing national staffing minimums.

This issue may be a contentious one as industry lobbyists have fought hard against more stringent staffing requirements, the AP reported. Federal law requires that nursing homes have sufficient staff to meet residents needs, but exactly what that means in concrete numbers is left open for interpretation by states.

The report's authors also recommend a new national long-term care system that would exist outside of Medicaid.

Some of these recommendations would require massive political capital and investment, a challenge in the current political climate, the AP said.

"It has been a long time since we as a country have been wanting to dig in and reform how we finance, pay, regulate and delivery nursing home services," David Grabowski, a nursing home expert and Harvard Medical School professor who served on the report committee, told the AP.

A forerunner to this report, released in 1986, led to sweeping changes under the 1987 Nursing Home Reform Act, but some of the recommendations were never addressed.

The new report also addresses some issues that could limit infection and improve quality of life.

Residents in some facilities spend "little, if any, time outdoors," according to the report, which called for more access to the outdoors.

"I think the average nursing home resident has an OK quality of care, but a poor quality of life," Grabowski said.

The report is "a piercing wake-up call," said Katie Smith Sloan, of LeadingAge, which represents nonprofit nursing homes. The industry is "in desperate need of an overhaul," she told the AP.

Whether it can lead to remaking the system will depend on how the government addresses funding issues, she said.

"As policymakers consider how to enact the report's recommendations, they must back their actions with sufficient funding to make changes a reality," she said. "Without that, the committee's work will be for naught."

The White House has more on improving care in nursing homes.