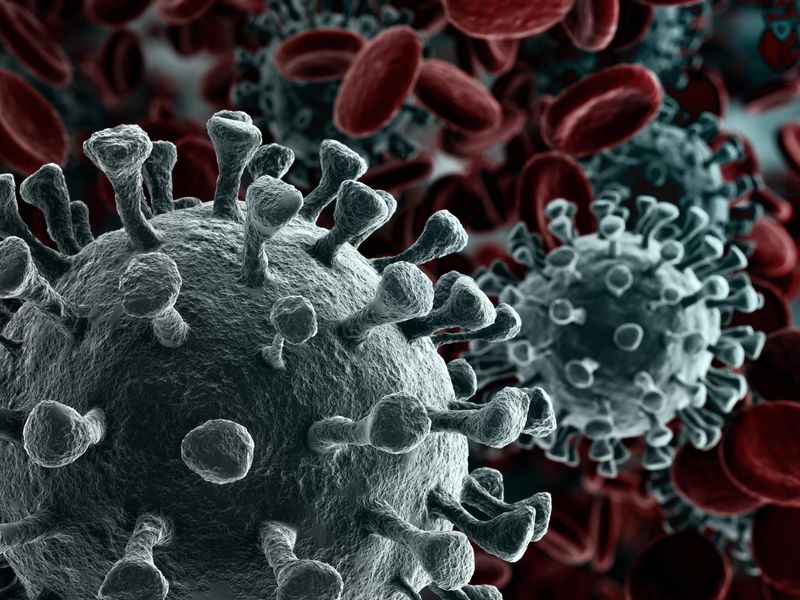 Planet Earth is growing hotter, forcing different animal species to migrate to new areas and interact with other unfamiliar creatures at an increasing rate.

That phenomenon could have dire consequences to human health, a new study says, raising the odds for new viral illnesses such HIV (which originated in primates), as well as pandemics such as COVID-19, which many believe originated in a coronavirus that jumped from species such as bats or pangolins to people.

Potential new contacts between different species are expected to essentially double over the next 50 years, increasing the risk that other viruses will jump from animal to animal and eventually into humans, researchers predict.

Viruses will move to a new animal species at least 15,000 times by 2070 as a result of migration driven by climate change, according to projections published in the journal Nature.

Climate-driven geographic range shifts will prompt more than 300,000 "first encounters" between species, which is about double the rate of present-day potential species contacts, researchers said.

"We are probably well into those changes. We are not keeping a close eye on them and they make pandemic risk everyone's problem," said lead researcher Colin Carlson, an assistant research professor with Georgetown University's Center for Global Health Science and Security in Washington, D.C.

"Our study shows that unequivocally, in every simulation we do, climate change is creating innumerable hotspots of future and present-day zoonotic risk right in our backyard," Carlson continued.

Further, these numbers are based on the presumption that humans will keep up as best as possible with the Paris Climate Accords and limit global warming to under 2 degrees Celsius by the end of this century, Carlson said.

"Even now, this process has likely been taking place, mostly unobserved and below the surface," said study co-author Gregory Albery, a postdoctoral fellow in biology at Georgetown.

"This is happening. It is not preventable, even in the best-case climate change scenarios. And we need to put measures in place to build health infrastructure to protect animal and human populations," Albery explained.

Worse, Albery and Carlson noted that their projections don't include the added potential of birds and marine mammals to spread viruses between animals and humans.

The researchers expect the risk of first encounter animal-to-animal viral transmission will be highest in Africa and Asia, but they added that even the planet's coldest or most moderate climes will see new species coming into contact and sharing germs.

For example, some species will be forced to higher elevations to cope with rising temperatures, clustering in mountains and highlands and bumping up against each other.

Bats, in particular, are expected to drive these cross-species viral jumps because they can fly, researchers said. Even bats that don't migrate regularly travel hundreds of miles in a lifetime.

Bats already are known to harbor viruses with a high chance of jumping from animals to humans, researchers said.

Most notoriously, bats have been implicated in passing SARS-CoV-2 -- the coronavirus responsible for COVID-19 -- to humans. A 2021 World Health Organization report noted that the COVID virus has a 96% similarity to a bat SARS-related coronavirus.

Dr. Amesh Adalja, a senior scholar with the Johns Hopkins Center for Health Security, said how and when these climate-driven changes will unfold is not clear-cut.

"When it comes to climate's impact on infectious diseases, it is critical to realize that there is a lot of complexity that is not easily captured by models," said Adalja, who had no role in the study.

"The relationship is not always linear, and certain climactic changes may increase the risk of certain infectious diseases while, at the same time, decreasing the risk of others," Adalja said.

For this study, the researchers assessed how the geographical ranges of more than 3,100 mammal species might change in response to four different climate change scenarios by 2070.

These findings make it vital that our response to climate change also includes monitoring of virus transmission between different animals and humans, researchers said.

"For example, when we talk about surveillance as a solution, we have known for the last two years, because we have a pandemic, because we did not stop the coronavirus from emerging, that we need to both redouble efforts to monitor animals and to catch spillovers into humans," Carlson said.

"If there is one thing I would like people to take away at a high level, it's that pandemic preparedness and infectious disease surveillance is climate change adaptation," he said. "We do not think of them necessarily as overlapping circles today, but our study really shows [that] the investments we need to be making in pandemic preparedness and world health surveillance are also a way of dealing with the climate crisis.

"That's huge, because it means we can tackle two planetary-scale crises at the same time," Carlson concluded. "With resource limitations what they are, I think that's good news."

The U.S. National Institute of Environmental Health Sciences has more about climate change and human health.