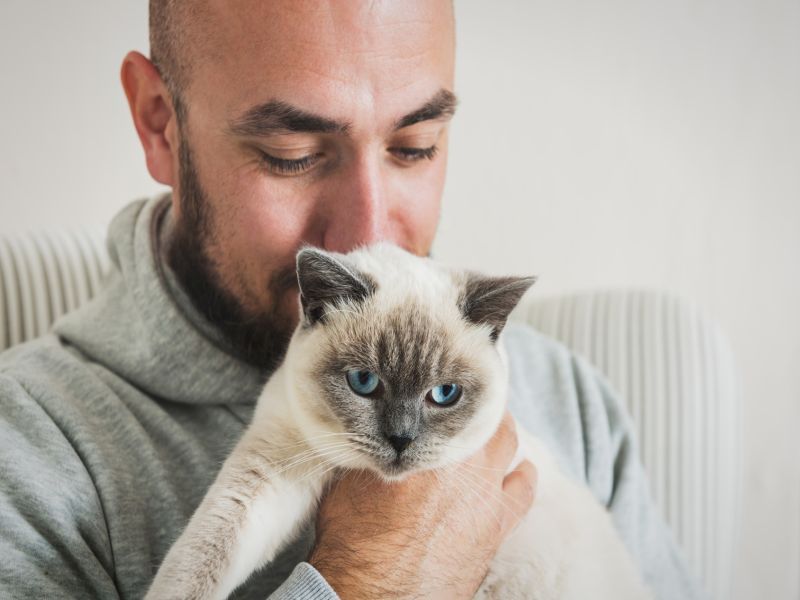 In Rare Cases, Your Cat Can Give You COVID

The first reported case of a cat giving COVID-19 to a person shouldn't alarm pet owners, but a Canadian expert says it's a reminder to take precautions.

"I think it's important for us to recognize this virus still can move between species," veterinary specialist Dr. Scott Weese recently told the New York Times.

The case involving spread of SARS-CoV-2 from a cat to a veterinarian in Thailand didn't come as surprise because pet-to-human transmission has long seemed possible, according to Weese, a professor at the University of Guelph's Ontario Veterinary College. He is also director of the university's Centre for Public Health and Zoonoses.

For the last two years, Weese and his colleagues have done extensive research on transmission of COVID between humans and animals. They have focused on cats because they're at higher risk for respiratory infections.

And other studies have shown that pet owners can infect their cats and that cats can sometimes infect each other.

In a recent post on his Worms & Germs blog, Weese noted that he's been warning that people who interact with animals should take precautions to avoid infection with the coronavirus.

"I've been pretty confident it was possible, which is why we've done animal surveillance and spent a lot of time developing and communicating practical but proactive guidance to veterinarians to reduce the risk of just such an event," he wrote.

Even so, Weese said most "cat owners shouldn't have much to worry about," because it's most likely that infected cats get the virus from their infected owners.

That was apparently what happened in the first confirmed case of cat-to-human transmission. The case, reported in the July edition of Emerging Infectious Diseases, involved a couple in Thailand, their cat and a veterinarian.

The man and his wife both got COVID, and were hospitalized. Their cat was taken to animal hospital, where it sneezed in the vet's face during an examination. The vet was masked but her eyes were unprotected. Three days later, she got sick. Both the vet and the cat later tested positive, according to the case study.

Though an infected cat could spread the disease, Weese wrote on his blog, the odds of a cat bringing SARS-CoV-2 into a household are "really low."

But cat owners need to take precautions if someone in the home gets COVID, because cats could get infected and spread it to other people and pets in the household, according to Weese.

For more on pets and COVID-19, see the U.S. Centers for Disease Control and Prevention.