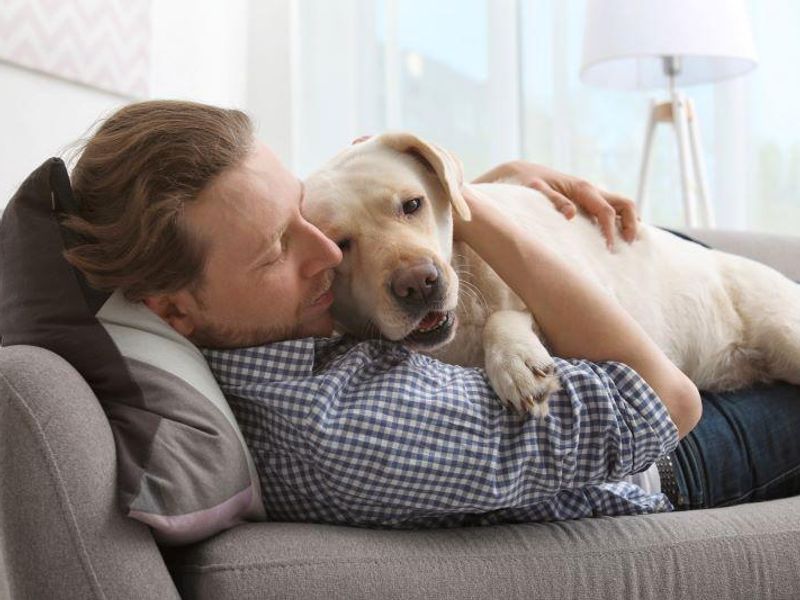 Like Humans, a Dog's Odds for Dementia Rises With Age

Much like humans, dogs can develop dementia as they age -- and that risk climbs by half with every extra year of life in a dog's golden years, new research shows.

The study, of more than 15,000 dogs and their human companions, found that just over 1% had canine cognitive dysfunction (CCD). Similar to the dementia process in humans, CCD causes dogs to gradually develop symptoms such as confusion, anxiety, sleep problems and changes in how they interact with the world.

Among the dogs in the new study, the odds of having CCD climbed with age -- by 52% for every additional year of life after age 10.

In addition, sedentary dogs had a much greater risk than those who stayed frisky into older age. But, experts said, that may be a sign of, rather than a cause of, CCD.

Vets have long known that dogs can show deteriorating memory and thinking abilities in their later years.

"They're not wired all that differently from us," said Dr. Rose Peters, a veterinary neurologist with the University of Illinois at Urbana-Champaign College of Veterinary Medicine.

According to Peters, who was not involved in the new study, the acronym DISHAA is used to sum up the signs that a dog may have CCD:

There is a big caveat, though, according to Dr. Stephanie Borns-Weil, a veterinary behaviorist with Tufts University's Cummings School of Veterinary Medicine.

Many physical health issues can also cause CCD-like signs, Borns-Weil said. Pain, from conditions like arthritis, is a major one.

"If you think your dog has signs of cognitive dysfunction, take them to the vet and rule out physical causes," said Borns-Weil, who was not involved in the study.

Although CCD has been on the radar for years, previous studies of it have been small, according to the researchers on the new work, led by Sarah Yarborough of the University of Washington.

For their study, the researchers used data on over 15,000 dogs nationwide who were enrolled in an ongoing research program called the Dog Aging Project. During the first year, owners completed two surveys: one on their dogs' health and activity habits, and another with questions that screen for CCD.

The group overall was a young one, and just over 1% of dogs were deemed to have CCD. Among animals older than 10, each additional year of life was linked to an increase in the odds of CCD, according to findings published in the journal Scientific Reports.

Beyond age, dogs' activity levels showed a strong link to CCD: Sedentary dogs were over six times more likely to have the condition than dogs of the same age and breed who were active.

That does not prove that exercise thwarts doggy dementia, both Peters and Borns-Weil said, since CCD itself may change activity levels.

"A dog with cognitive dysfunction may not want to go out for walks anymore because they're confused," Borns-Weil explained.

However, Peters noted, research in humans has tied physical activity to better brain function later in life. So the idea that exercise could benefit dogs' brains is not far-fetched, she said.

Plus, Borns-Weil pointed out, going out to explore or play is a big part of dog's mental stimulation. Again, in humans, staying mentally active with age has been tied to lower odds of cognitive decline -- though, yet again, the cause-effect question remains.

Despite the unknowns, there is no downside to dogs having a healthy lifestyle that includes physical activity and mental stimulation, both experts said.

"If people read about this study and think, there's a reason to keep my dog active, then that's great," Borns-Weil said.

Just as with human dementia, there is no cure for CCD. But families can help their dog manage in various ways, the vets said: Keeping a consistent daily routine; not moving things around in the house and arranging them so your dog cannot become trapped behind anything; using nightlights at night, and giving your dog doable ways to stay physically and mentally active.

Vets also have medications they can prescribe, such as anti-anxiety medicines and a drug called selegiline, which is used for treating Parkinson's symptoms in human but is also approved for treating CCD.

Both experts encouraged people to take their dog to the vet if they have concerns about any behavioral changes.

The American Kennel Club has more on canine cognitive dysfunction.