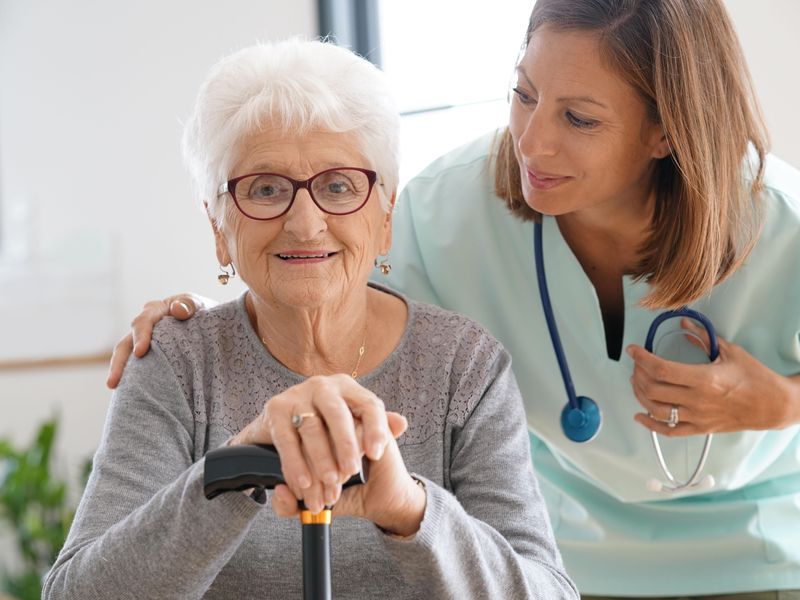 America's middle-income seniors could face a time of financial reckoning within the next decade, with the rising costs of health care and assisted living overwhelming their meager savings, a new study reports.

The number of middle-income seniors in the United States is expected to nearly double by 2033, with 16 million people 75 or older making too much to qualify for government assistance but too little to afford comfortable living, according to an analysis by NORC at the University of Chicago.

Three-quarters of seniors in the “Forgotten Middle” — 11.5 million seniors — won't be able to pay for private assisted living unless they have a house to sell, the study concludes.

And nearly 40% of those with a house won't be able to afford assisted living anyway, the researchers added.

“Not everyone is going to want assisted living, but middle-income seniors may not be able to pay for even many of the other paid intensive caregiving services” that could help keep them in their homes, said report lead author Caroline Pearson, senior vice president at NORC.

“We really have no long-term care system in this country that is going to appropriately support middle-income older adults,” Pearson said. “And so particularly as the baby boomers begin to age and have more health needs, we're going to see a growing number of folks that aren't able to live fully independently and may not have the financial resources to pay for the housing or care that they need.”

The new study in Health Affairs is an update of the 2019 “Forgotten Middle” report that drew attention to the squeeze that middle-income seniors will face as they enter what should be their golden years. That first report projected out to 2029, while this new study projects to 2033.

For the new report, researchers at NORC looked at people aged 60 and older in 2018, since they will by 75 or older in 2033. The researchers assessed that group's expected health problems and financial resources, to characterize the challenges they might face as they age.

Who is 'middle income'?

Between 53% and 55% of middle-income seniors are expected to have three or more chronic health problems by 2033, while between 50% and 68% will have mobility limitations, the researchers project. Between 27% and 40% will be suffering some form of cognitive impairment.

These are the folks for whom assisted living could be desirable, but they'll need an average $65,000 annually to pay for it, Pearson said. The average Social Security benefit currently is just over $19,000 a year.

Further, Pearson warns these are likely to be “optimistic estimates,” and that even some apparently well-off seniors could find themselves struggling to afford care and housing.

“We have projected based on historical economic trends, and the period of historical financial performance has been relatively prosperous,” Pearson said. “If you believe that our financial outlook is about to turn, then actually more people who fall into the higher income groups may see their savings growth diminished in a way that would actually also make them vulnerable to the Forgotten Middle problem.”

Ramsey Alwin, president and CEO of the National Council on Aging, said the findings are “not surprising at all, and that's what is so heart-wrenching.”

“It really is an illustration of how the existing social safety net has been stretched as far as it can,” Alwin said. “Social Security was never intended to be the sole source of income in old age. Medicare is an important foundational piece of the puzzle, but it, too, has holes. And Medicaid has such a low, low income eligibility level that many of the people we're talking about in the middle, they're just not going to qualify.”

The only option for many of these middle-income seniors will be to drain their savings to the point where they qualify for Medicaid, which pays for assisted living for low-income Americans, Pearson said.

People get by with what they can, Pearson said. “A lot of these people rely on unpaid caregiving from family members and friends. If that is insufficient, then ultimately they begin to pay for care and deplete their financial resources, and eventually they may qualify for Medicaid,” she added.

Each state has a network of social programs that can help seniors with such things as food, utilities and property taxes, but these can be difficult to find and access, Alwin said.

“That can put hundreds to thousands of dollars back into their wallet if they're eligible, but they really do have to navigate those eligibility limits,” Alwin said of these assistance programs. “And in many cases, those eligibility guidelines are benchmarked against the very antiquated federal poverty measure that was created in the 1960s.”

Pearson and Alwin agreed that federal social insurance programs need to be re-evaluated and strengthened, taking into account the needs of these middle-income seniors.

But there's also room for innovation outside government, particularly when it comes to in-home care for seniors, Pearson said.

“Today, getting a diversity of in-home supports requires a lot of management. You've got to talk to the home health agency. You've got to get a home care provider. You potentially need people to do services just taking care of the physical property. You need meals delivered. There's this whole set of different needs that someone has to stitch together for the older adults,” Pearson said.

“And I think there's a lot of opportunity there to offer packages of support where it's a one-stop shop,” Pearson continued. “People can go be assessed for the kinds of support services that they need, and then someone else is making sure that those services get to the home and to the older adults.”

The University of Massachusetts, Boston, has an Elder Index that projects the income you need to remain independent based on where you live. The National Council on Aging's benefits check-up site can help you locate benefits programs in your area.