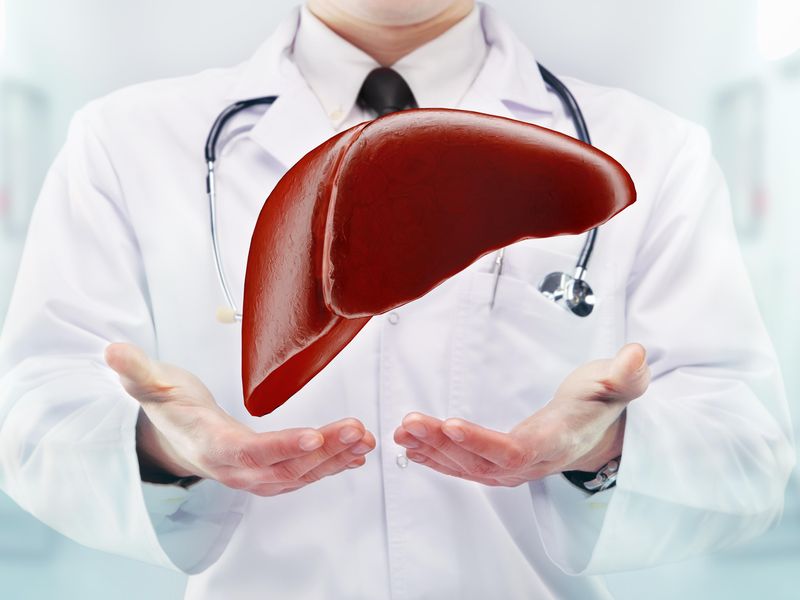 Donating Portion of Your Liver to Someone in Need Is Safe, Life-Saving: Study

Thousands of people die every year while waiting for a liver transplant. Living-donor transplantation holds the potential to save many of these lives, yet remains underused in the United States.

During the procedure, a portion of a donor's liver is removed and transplanted into a person with liver disease. The donor's remaining liver returns to its normal size and capacity within a few months.

These transplants haven't taken off in the United States in the same way that they have in Asia and other Eastern countries, but it may be time to increase their use, a study published online Sept. 25 in the Journal of Hepatology argues.

It showed that folks who undergo living-donor liver transplants do as well as people who receive tissue from deceased donors.

“Living-donor liver transplantation is a viable option for all sorts of patients if they have a donor available,” said Dr. David Klassen, chief medical officer at the United Network for Organ Sharing (UNOS) in Richmond, Va.

More than 11,000 people are on the waiting list for livers now. In 2021, 9,236 liver transplants were performed: 8,667 from deceased donors and 569 from living donors, said Klassen, who was not involved in the new study.

“It's a supply and demand issue,” he said.

For the study, the researchers looked at how well people fared after nearly 3,000 living-donor liver transplants in the United States, Canada and the United Kingdom, and the long-term survival was “excellent.”

There is a large pool of potential candidates for living-donor liver transplants.

Donors must be 18 to 60 years old, healthy, and able to provide informed consent, he said.

“All donors undergo an extensive evaluation, and in general, about one-third are found to be suitable to proceed,” Cattral said.

Unlike other organs, the liver holds the potential to regenerate. “The liver grows in both the recipient and donor,” he said.

Cattral said there are reasons living-donor liver transplants have lagged in the United States, Canada, and the United Kingdom.

“Living-donor liver transplantation requires a dedicated and committed multidisciplinary team, and expertise in advanced…surgical techniques,” he said. “These requirements are not easily met in many liver transplant programs.”

Living-donor liver transplants do pose some risks to the donor. These are largely related to surgery, including infections, blood clots, bleeding, bile leakage into the abdomen causing extreme pain, and rarely, death.

Organ rejection is a known risk for all transplants, which is why recipients take medication for the rest of their lives to make sure their body accepts the new organ or portion of the organ. “The risk of rejection is similar in deceased and living-donor recipients,” Cattral said.

The tide may be turning on liver donation.

“It is important that patients are aware of living-donor liver transplantation and, if interested, they should contact programs that have a strong track record of success,” Cattral said.

"As long as people are dying on wait lists, there is a role for living-donor liver transplantation,” he said.

Not everyone can donate or receive a portion of a liver, however.

“Some people are just too sick and a donor can't donate if they don't have a big enough piece of liver for the recipient based on anatomy and size,” Ottman explained.

“It takes about two to three weeks functionally to recover, but anatomically, it takes a little longer for the liver to regenerate,” he added.

Donors are usually loved ones, but sometimes people donate an organ without a recipient's name attached to it. If you're considering donating a portion of your liver, talk to other donors as they can best tell you what to expect about pain, scarring, and quality of life after the procedure, Ottman said.