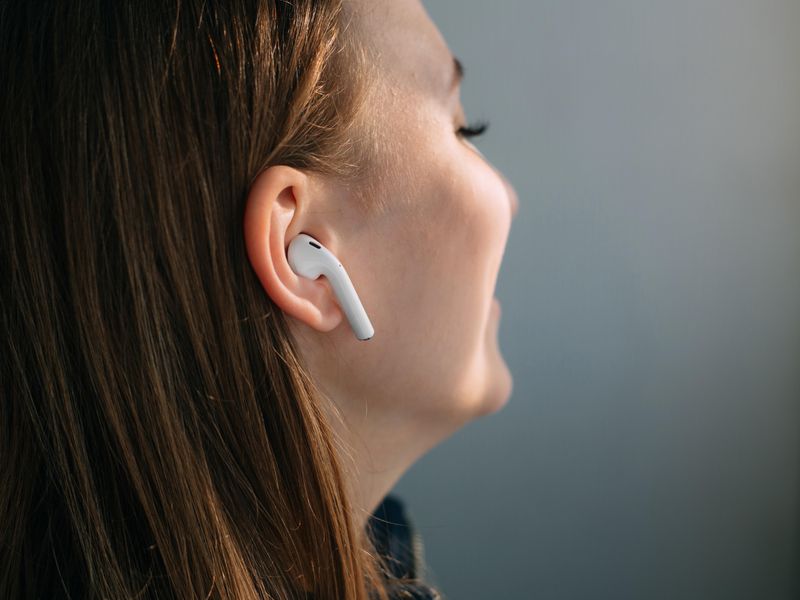 But some hard-of-hearing seniors already tote around a device that might help just as much — the wireless earbuds they use with their smartphone or computer.

Commercial earbuds can perform as well as hearing aids in certain settings, researchers concluded in a new study.

Apple's AirPods Pro pass four out of the five quality standards required for a device to function as a personal sound amplification device, researchers reported Nov. 15 in the journal iScience.

“We believe that patients with mild to moderate hearing loss may benefit from the AirPods as a hearing assistive device given its significantly lower cost and higher availability,” said senior researcher Dr. Yen-Fu Cheng, an otolaryngologist with the Taipei Veterans General Hospital in Taiwan.

About one-third of Americans aged 65 to 74 — and half of those who are older — have hearing loss severe enough to affect their daily life, according to the U.S. National Institute on Deafness and Other Communication Disorders.

Last month, the U.S. Food and Drug Administration approved the sale of smartphone-programmable hearing aids that a person could buy without having to see an audiologist or undergo a hearing test.

The move was intended to provide affordable hearing help to older Americans. Premium hearing aids can cost as much as $10,000, the researchers said; by comparison, basic over-the-counter hearing aids run around $1,500 or so.

But AirPods Pro are even lighter on the wallet, costing just $249, the researchers noted.

Further, Apple came out with a smartphone feature called “Live Listen” in 2016 that lets people use AirPods and their iPhone for sound amplification, Cheng said.

So Cheng and his team decided to test AirPods Pro and another Apple product, AirPods 2, directly against two full-fledged hearing aids.

The team performed a series of acoustic tests in the lab, to precisely measure the power of each device.

They then brought in 21 people with mild to moderate hearing loss and asked them to use the devices in a variety of settings.

AirPods Pro performed just as well as premium hearing aids in helping people understand speech while in a quiet environment, the results showed.

“It may relate to the trajectories sound waves travel with, as well as the advanced signal processing algorithm by premium hearing aids,” study co-author Ying-Hui Lai, a bioengineer at National Yang Ming Chiao Tung University in Taipei, said in a journal news release. “This finding will hopefully inspire engineers to design hearing aids and personal sound amplification products that are more sensitive in certain directions.”

AirPods 2 had the lowest performance among the four devices, but they still helped people understand speech more clearly than if they were wearing no hearing aid at all, the researchers said.

“In the presence of background noise, the traditional premium hearing aids still serve as the optimal device for hearing assistance, while the role of AirPods is equivocal,” Cheng said. “Further study with larger sample sizes and real-world settings are required.”

AirPods in particular could help people with some hearing loss who do “not have significant communication difficulties in daily scenarios, such as conversations in a quiet working environment or at home,” Cheng said.

In that instance, “fitting a pair of hearing aids may not seem to be crucial for them,” Cheng said. “Smartphone-bundled earphones may offer them a new experience for sound amplification for their daily life. They may use it in relatively noisy circumstances [such as multi-talkers or cocktail party environment] to amplify speech or in some relatively quiet circumstances, such as a meeting room or classroom.”

Not for those with severe hearing loss

Other earbuds might be just as helpful as the AirPods, when paired with smartphone apps aimed at amplifying sound, said Catherine Palmer, a past president of the American Academy of Audiology.

“This isn't specific to AirPods. We call this ‘unleashing the power of your smartphone.' There are a number of free apps that provide some level of tuning that a person can use to customize the response of their cellphone to make it function as a customized amplifier,” said Palmer, director of audiology at the University of Pittsburgh Medical Center.

“If the question is whether smartphones can serve as amplification devices, yes, they can if configured correctly for the individual,” Palmer continued. “If you are comfortable having conversations with earphones in your ear, this could be an easy solution to having some amplification. This also could be used for listening to TV and other situations where the person feels like they need amplification.”

But Palmer added that “the data from the article indicates that in more complex listening environments [e.g., noise] you will probably be better off with an individualized hearing aid fitting.”

Apple will need FDA approval if it decides to market AirPods as an over-the-counter hearing aid, noted Palmer and Barbara Kelley, executive director of the Hearing Loss Association of America.

Kelley said there's nothing wrong with people who have a little hearing loss trying out AirPods Pro, particularly if they only need help now and then — on the phone, in a Zoom meeting, or streaming a TV show or movie.

Palmer recommends that people get a hearing test “so you know what type and degree of hearing loss you have, and what may be a realistic communication solution based on the hearing test results and your individual goals.”

Cheng next plans to test how AirPods might help people with even severe hearing loss.

“The latest version of the iOS system supports the input of a user's audiogram. It can customize input sounds at different frequencies according to the personal audiogram, similar to what conventional hearing aids require,” Cheng said. “This new function may also help patients to compensate for their hearing loss by ‘conversation boost' and ‘ambient noise reduction' functions to increase speech perception. We are curious if these advanced features would help patients with more severe or various types of hearing loss.”

The Hearing Loss Association of America has more about over-the-counter hearing devices.