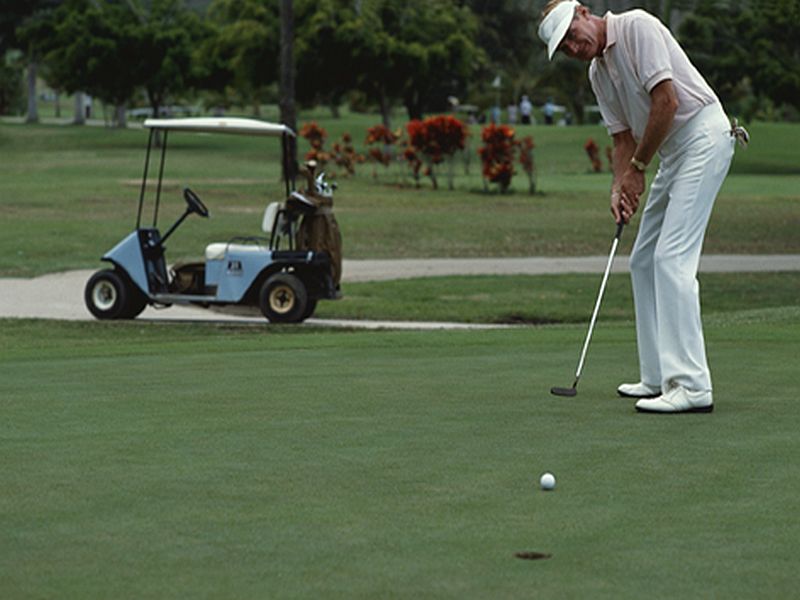 Walking, Not Riding, Boosts Health in Golfers With Knee Woes

Walking the golf course instead of riding in a cart offers heart health benefits that may outweigh potential joint harm for golfers with knee osteoarthritis, a new small study reports.

The study included 10 golfers with knee osteoarthritis who played two 18-hole rounds of golf. They walked the course in one round and used a golf cart in the other round.

Walking did increase the golfers' knee inflammation, but they also got significant cardiovascular benefits, according to the researchers.

"The impetus for the study stemmed from the fact that the majority of rounds of golf in the United States are now played with a golf cart, which has been suggested to affect the health benefits of the sport. We wanted to measure the effect of this in individuals with knee osteoarthritis," said study co-author Dr. Prakash Jayabalan. He is a clinician-scientist in sports medicine at AbilityLab, in Chicago.

More than 17 million people play golf in the United States each year. In nearly 70 percent of the rounds, golfers ride in motorized carts to travel between holes. Many golfers with knee arthritis may avoid walking because they think doing so may worsen their joint pain and cartilage degradation.

Osteoarthritis is often described as being caused by wear-and-tear on the joints, and it is a leading cause of disability for Americans aged 50 and older.

However, even though walking may increase inflammation in golfers with knee osteoarthritis, the researchers said there is evidence of cartilage remodeling effects in knees whether golfers walk or ride in a cart.

Golfers should consider their individual symptoms and follow their doctor's advice, the study authors said in a news release from the Association of Academic Physiatrists.

"Walking exercise is commonly advocated for individuals with knee osteoarthritis. Our study suggests that golf may be a good prescription of walking exercise, particularly if they walk the course, as they get more health benefits," said Jayabalan, who is also an assistant professor at Northwestern University Feinberg School of Medicine.

The study included people who played golf regularly, so Jayabalan said the next step would be to evaluate golf as an exercise intervention for occasional golfers.

The report was presented Thursday at the annual meeting of the Association of Academic Physiatrists, in Puerto Rico. The research should be considered preliminary until it is published in a peer-reviewed journal.

The U.S. National Institute of Arthritis and Musculoskeletal and Skin Diseases has more on osteoarthritis.