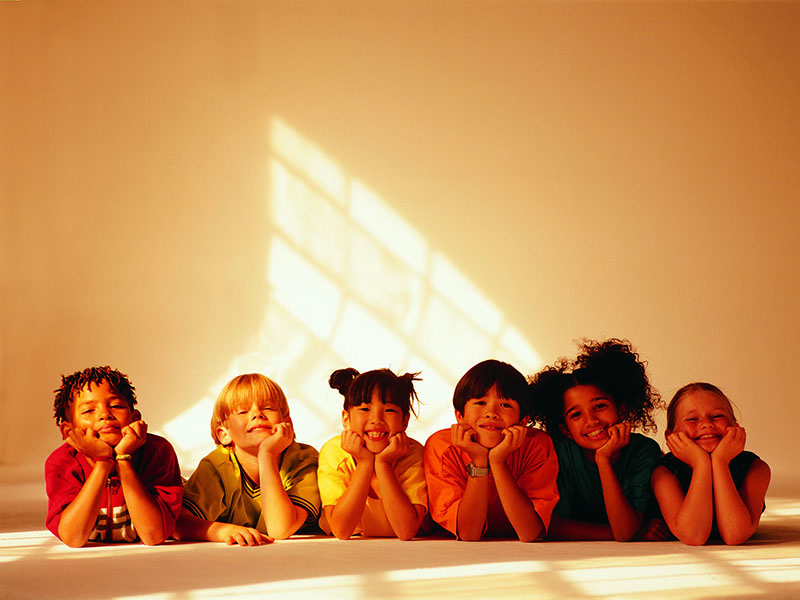 Teaching preschoolers about healthy habits can reduce their risk of obesity and heart disease later in life, new research suggests.

The New York City study included 562 youngsters in 15 preschools in Harlem, which has a largely black and Hispanic population. The two groups are known to have an increased risk of heart disease.

At the study's start, the 3- to 5-year-olds answered a questionnaire to assess their knowledge, attitudes and behaviors about diet, physical activity, emotions and how the body and heart work.

For example, they were asked to pick healthier foods from among vegetables, fruits and cheeseburgers/fries. They were also asked how often they run, jump and play.

Kids in six preschools (the control group) continued their regular classroom curriculum, which included a health education component. Kids in the other nine schools (the intervention group) were part of a special program created by cardiologists, psychologists and educators.

Over four months, the intervention group was taught about healthy eating, physical activity, how the body works and managing emotions.

In addition, parents or caregivers were asked to do 12 hours of weekend activities over four months, including shopping for fresh fruit at the grocery store and increasing physical activity.

After four months, children were given the questionnaire again. Those in the intervention group had more than doubled their improvement in knowledge and attitudes about healthy habits compared to those in the control group, 12% versus 5.5%.

Children in the intervention group with the lowest scores at the start of the study showed the biggest gains. Those who took part in at least 75% of the intervention program improved more than those who did less than half of it.

The intervention was more effective for 4-year-olds than 3-year-olds, suggesting that 4 is a good age to start the intervention because kids are more mature and better able to retain information, according to the study.

"The interventions that we applied in the school system are low-cost and easy to implement, and we hope in time they can be integrated into schools across the country to promote healthy behaviors among children to ultimately reduce their risk factors for developing heart disease throughout their lives," said study leader Dr. Valentin Fuster. He's director of Mount Sinai Heart in New York City.

"Results from this new study prove early intervention is effective in preschool-age children, but we believe this can also promote healthy behaviors among their caregivers and teachers and have a far-reaching impact," Fuster added in a Mount Sinai news release.

Researchers plan to expand the program across the city's five boroughs.

The study was published online April 22 in the Journal of the American College of Cardiology.

The American Academy of Pediatrics offers advice on healthy living for children.