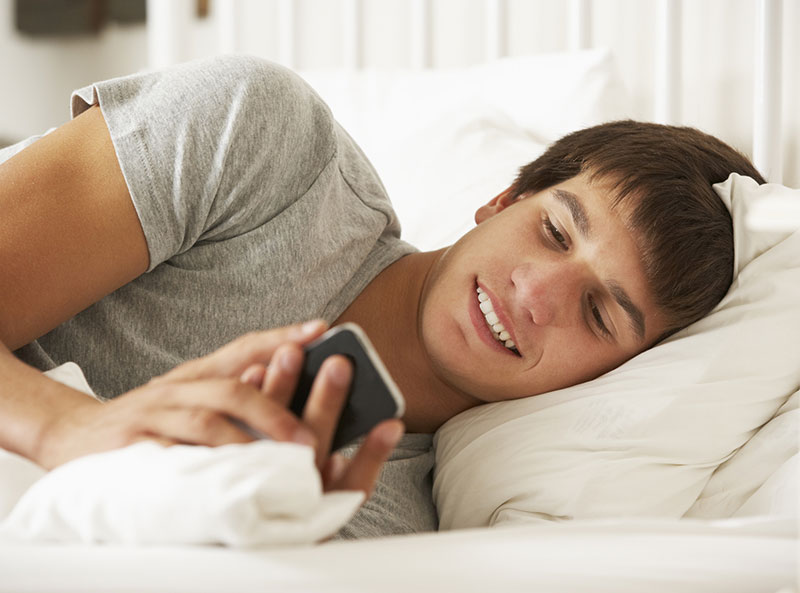 Teen Sexting Can Be Warning Sign of Other Risky Behaviors

Parents who find a sex-based text on their teenager's phone should be on the lookout for other problems in their child's life, a new evidence review suggests.

Teens who share sexually explicit images are much more likely to be involved in other troubling activities, including unsafe sex, alcohol and drugs.

"The kids who are sexting are engaging in a lot of other risky behaviors," said senior researcher Sheri Madigan, a child development expert from the University of Calgary in Alberta, Canada.

But the findings are particularly troubling in light of a 2018 study led by Madigan that found 1 out of 4 teens is receiving sexts, and 1 out of 7 is sending them.

Results from the new review line up with what is already known about teens and sexting, said Sameer Hinduja, co-director of the Cyberbullying Research Center at Florida Atlantic University.

For this study, Madigan and her colleagues collected and combined data from 23 previous studies on sexting, involving nearly 42,000 teenagers.

They found significant links between sexting and sexual activity, risky sexual behavior, symptoms of mood disorders, drug and alcohol use, smoking and delinquency.

Further, they found that associations between sexting and either sexual behavior or mood disorders were stronger in younger adolescents, compared to those in their later teens.

It's not clear whether sexting leads to these behaviors, or whether kids inclined to take risks are also more likely to sext, the researchers added. They noted the findings could not prove causation; it only showed an association.

It's very possible that sexting is a gateway that could lead to more experimentation with sex, Madigan said.

"I think sometimes sexting is an initiation into greater sexual behavior," she said. "Sometimes kids use sexting as a starting point. People have called it the modern-day version of flirting."

But other research also has found that when teens are sexting within the confines of a committed relationship, they are not more likely to be engaging in substance abuse and other risk-taking activities, Madigan added.

Those associations are more often found in "youth who are sexting as a method of flirting or sexting in a more casual way," she said.

Hazing and cyberbullying expert Susan Lipkins said the "pat answer" is to remind children that anything they share over the internet is out of their control and could be used against them.

Parents should start teaching their kids about privacy and consent as early as possible, even before they have a phone, she and Madigan advised.

Such conversations should include discussion of "what-if" scenarios, Madigan said: What if someone sends you a photo? What if you're asked to send a nude of yourself? What if someone tries to coerce you into sexting? What if you share a nude with a boyfriend or girlfriend and then you break up?

"But the truth is, the kids will learn all that, they will memorize it and repeat it back to you, and then they will do whatever they want," said Lipkins, a psychologist in Port Washington, N.Y.

The best thing adults can do is create a system for reporting sexts and other cyberbullying behavior, one that is anonymous and allows for verification of complaints, she said.

Otherwise, it's really in the hands of the teens themselves, she added.

The new report was published June 17 in JAMA Pediatrics.

The Nemours Foundation has more about sexting.