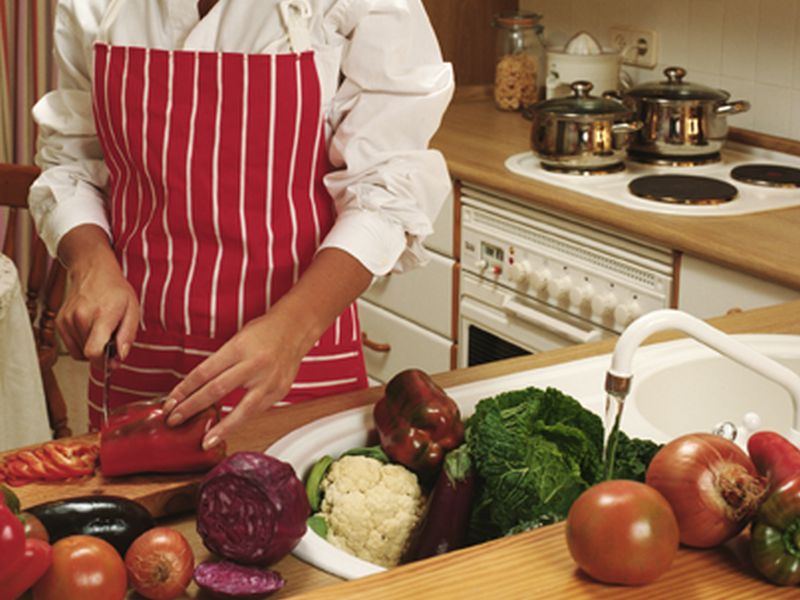 Plants on Your Plate Will Protect Your Heart

Pile those vegetables and fruits high when you sit down to eat, and your heart will thank you.

A diet rich in plant-based foods translated into fewer heart problems in a new study.

For the study, the researchers analyzed data collected from more than 10,000 middle-aged U.S. adults who were followed from 1987 through 2016. None had heart disease at the start of that period.

The study was published online Aug. 7 in the Journal of the American Heart Association.

"While you don't have to give up foods derived from animals completely, our study does suggest that eating a larger proportion of plant-based foods and a smaller proportion of animal-based foods may help reduce your risk of having a heart attack, stroke or other type of cardiovascular disease," said researcher Casey Rebholz. She's an assistant professor of epidemiology at Johns Hopkins Bloomberg School of Public Health, in Baltimore.

The study is one of the first to examine the proportion of plant-based versus animal-based dietary patterns in the general population, according to Rebholz.

"Our findings underscore the importance of focusing on your diet. There might be some variability in terms of individual foods, but to reduce cardiovascular disease risk, people should eat more vegetables, nuts, whole grains, fruits, legumes and fewer animal-based foods," Rebholz said in a journal news release.

Dr. Mariell Jessup, chief science and medical officer at the American Heart Association, added that the association "recommends eating a mostly plant-based diet, provided the foods you choose are rich in nutrition and low in added sugars, sodium [salt], cholesterol and artery-clogging saturated and trans fats."

For example, Jessup explained, "French fries or cauliflower pizza with cheese are plant-based but are low in nutritional value and are loaded with sodium. Unprocessed foods -- like fresh fruit, vegetables and grains -- are good choices."