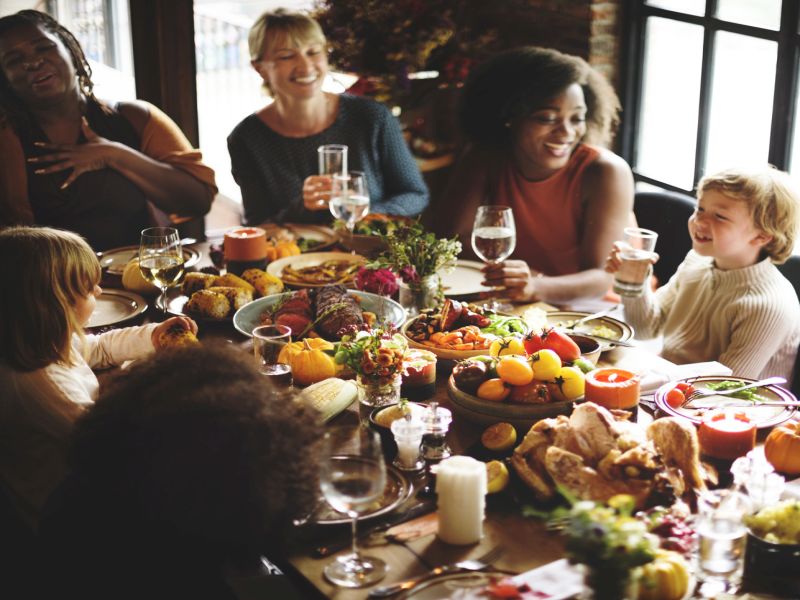 How to Head Off Holiday Weight Gain

From Halloween through New Year's, holiday weight gain affects people the world over and, according to a study published in the New England Journal of Medicine, it can happen with any major holiday, not just the winter ones.

As you might know firsthand, it's a lot harder to lose that weight than to put it on. So even if you start every new year with just an extra pound or two, if you repeat this pattern yearly, your weight will just keep rising. That's why the best approach is preventive -- being aware of extra calories, starting now.

There is another, separate challenge to healthy eating during the cold weather months in many parts of the country -- much less availability of locally grown fruits and vegetables. It's still possible to buy foods like berries and peppers, for instance, but you'll pay a higher price, and in some regions, the selection of fresh produce simply shrinks. That helps explain the results of a study that polled women in North Dakota. Researchers found that diet quality was lower in winter when foods like corn, berries, tomatoes and lettuces were less available.

What to do? Switch to dark leafy greens, squashes and root vegetables, and supplement with frozen fruits and vegetables, which can be as nutritious as fresh because they're typically packaged soon after harvesting.

Another smart step is to look for calorie-saving swaps when cooking holiday meals. These don't have to be complicated. Use low- or no-fat milk instead of whole milk and cream; extracts and spices instead of sugar and butter to add flavor; whole-wheat flour in place of half the white flour; and switch to whole-wheat breads and pastas as much as possible.