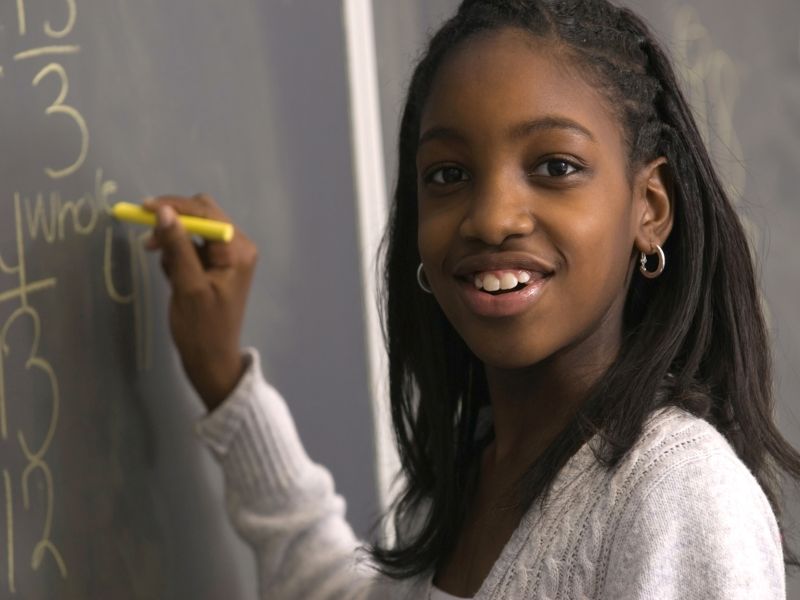 Stereotypes About Girls and Math Don't Add Up, Scans Show

Girls and boys have no differences in brain function or math ability, according to researchers who used imaging to analyze kids' brain development.

The study is the latest to debunk the common myth that women are less suited to work in science, technology, engineering and mathematics (STEM) fields due to biological shortfalls in math aptitude, the researchers said.

"We see that children's brains function similarly regardless of their gender, so hopefully we can recalibrate expectations of what children can achieve in mathematics," she said in a university news release.

In what they described as the first neuroimaging study to evaluate biological differences in math aptitude in boys and girls, Cantlon and her team used functional MRI to assess brain activity in 55 girls and 49 boys as the children watched an educational video covering basic math skills like counting and addition.

"It's not just that boys and girls are using the math network in the same ways but that similarities were evident across the entire brain," said study first author Alyssa Kersey, a postdoctoral scholar in psychology at the University of Chicago.

"This is an important reminder that humans are more similar to each other than we are different," she added in the release.

The study was recently published in the journal Science of Learning.

The team had previously reported that young girls and boys have equal performance on a range of math tests.

Society and culture steer girls and young women away from math and STEM fields, Cantlon said.

Previous studies have found that families spend more time with young boys in play that involves spatial cognition -- an ability to understand three-dimensional spaces. Many teachers also spend more time with boys during math class, and children often pick up on cues from parents' expectations for math abilities.

"Typical socialization can exacerbate small differences between boys and girls that can snowball into how we treat them in science and math," Cantlon said. "We need to be cognizant of these origins to ensure we aren't the ones causing the gender inequities."

GreatSchools.org offers advice on how to get kids excited about math.