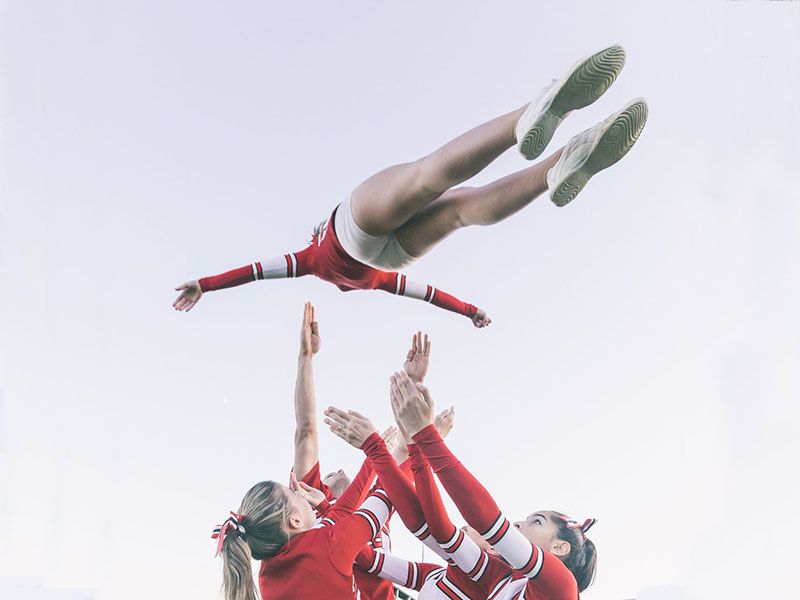 Of all sports, football sends the most U.S. males to the emergency room, while cheerleading and gymnastics most often do the same for women and girls, a new report finds.

And, overall, U.S. emergency departments see about 2.7 million patients between the ages of 5 and 24 for sports-related injuries each year, according to a new report from the U.S. Centers for Disease Control and Prevention.

In some cases, these injuries might even be a gateway to opioid addiction: Opioid painkillers were given to ER patients suffering from a sports injury in about one in five cases, the study found. That number rose to nearly half (46%) among young adults aged 20 to 24.

"As we have learned from the opioid crisis, many patients move from appropriately prescribed opioid medications to misuse of opioids," noted Dr. Teresa Amato, who directs emergency medicine at Northwell Health's Long Island Jewish Forest Hills, in Forest Hills, N.Y. She wasn't involved in the new research.

"I would encourage any parent with a child that has a sports-related injury who is being evaluated in an emergency department to have an open and frank discussion about pain control and if opioids are needed," Amato said. "Of course, in some cases there will be a need for these medications, but the discussion prior to dispensing or prescribing opioids may prevent misuse later on."

The new analysis of 2010-2016 national data was conducted by the CDC's National Center for Health Statistics. According to the report, football, basketball, cycling, soccer, ice/roller skating, and skateboarding are the leading causes of emergency department visits for sports injury for young Americans.

Among males, just over 20% of these visits were due to a football-linked injury, while gymnastics and cheerleading accounted for the highest percentage among females (nearly 12%).

Three-quarters of sports-related emergency visits for young patients needed scans, such as x-rays or CT scans, the report found.

Dr. Nicole Berwald directs emergency medicine at Staten Island University Hospital, in New York City. Reviewing the new data, she agreed that doctors and patients need to have a discussion about which type of pain relief is indicated.

"Some patients with severe pain require opioid pain medications," she said, but "for others, non-opioid medications like ibuprofen [Motrin or Advil] or Tylenol are appropriate. Still for others with minor pain, an ice pack might do."

The new report was published online Nov. 15 as a National Health Statistics Report.