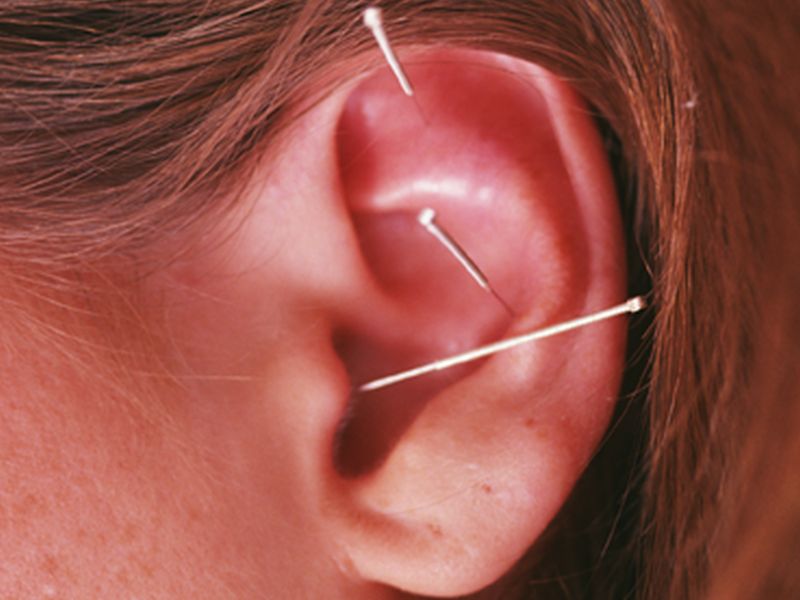 Acupuncture May Ease a Common Side Effect of Cancer Treatment

Dry mouth can be a troubling side effect of radiation therapy, but acupuncture may ease its symptoms, a new study suggests.

Of 339 patients getting radiation for head and neck cancer in the United States and China, those who had acupuncture had fewer symptoms of dry mouth (xerostomia) than those who didn't have acupuncture.

Patients who had fake acupuncture (placebo) had about the same relief as the no-acupuncture group, the researchers found.

A year after treatment, 35% of acupuncture patients had dry mouth, compared to 48% of those given fake acupuncture and 55% of those who didn't get acupuncture, the findings showed.

For the study, participants were randomly assigned to real, fake or no acupuncture. Treatments were given three times a week on the same day as radiation.

"Dry mouth is a serious concern for head and neck cancer patients undergoing radiation therapy. The condition can affect up to 80% of patients by the end of radiation treatment," said lead investigator Lorenzo Cohen, director of integrative medicine at the University of Texas M.D. Anderson Cancer Center in Houston.

"The symptoms severely impact quality of life and oral health, and current treatments have limited benefits," he added in a university news release.

Further analysis showed a significant difference between patients in China and the United States in response to fake acupuncture. Chinese patients had little to no placebo response, while Americans had a large placebo response, showing both forms of acupuncture worked, the researchers said.

More studies are needed to figure out these differences. It might be that the environment in which acupuncture is given, cultural influences or the relationship between patient and doctor are at play.

Also, more study is needed to confirm these findings and understand how acupuncture relieves dry mouth.

In the meantime, Cohen said it can be used to relieve xerostomia symptoms.

"I think with this study we can add acupuncture to the list for the prevention and treatment of xerostomia, and the guidelines for the use of acupuncture in the oncology setting should be revised to include this important chronic condition," Cohen said.

The report was recently published online in JAMA Network Open.

For more on dry mouth, visit the American Society of Clinical Oncology.