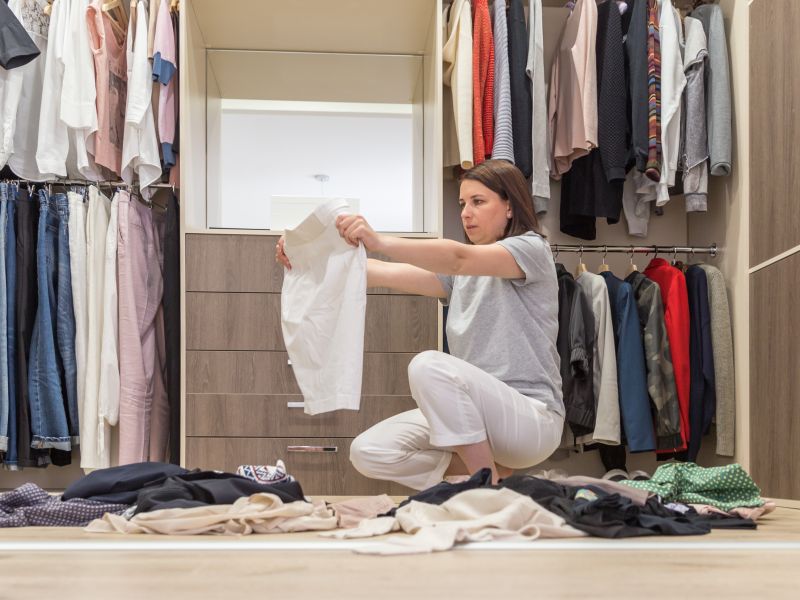 Why Tidying Up Is Sometimes Harder Than Expected

If you can't quite bring yourself to declutter your home and toss out unneeded possessions, one reason why might surprise you.

Researchers say the emotional tug you feel might be loneliness.

"When consumers make decisions about how to get rid of multiple possessions, perhaps when they are moving, it is a time when they are likely to feel lonely," said Catherine Cole. She's a professor of marketing at the University of Iowa, in Iowa City.

"This could make it more difficult for them to empty out a house or apartment," she explained.

People who feel lonely are more likely to form attachments to objects -- for example, the jacket you were wearing when you got engaged or a special toy from childhood -- making it harder to donate unwanted clothing or send an old piece of furniture to the curb, she said.

Cole and her colleague Jing (Alice) Wang pointed out that feeling lonely isn't restricted to people who are socially isolated. It can also include people who feel friendless and disconnected, even temporarily.

But the consequences of your inability to part with unneeded items can go beyond clutter, they said. Among them: potential impacts on the environment and nonprofit donations.

"Unlike forward-oriented supply chains, one unique difficulty in managing product recovery is greater uncertainty because consumers, rather than manufacturers, are the suppliers. Thus, the quality, quantity, and timing of such supplies are hard to predict," Cole said. "Given this uncertainty, it is important to understand the factors influencing consumer dispossession decisions."

The findings were presented at a recent meeting of the Association of Consumer Research, in Atlanta. Studies presented at meetings are typically considered preliminary until published in a peer-reviewed journal.