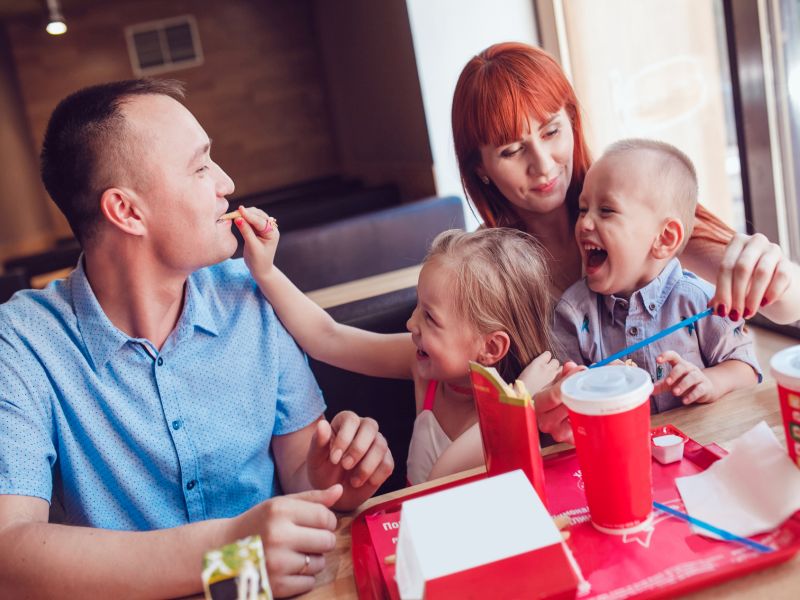 Eating Out: A Recipe for Poor Nutrition, Study Finds

Whether you're stopping at a casual fast-food place or sitting down to eat in a full-service restaurant, eating out is an easy way to fill up when you're hungry. But those meals may not deliver much nutritional value, a new study suggests.

Less than 0.1% of the restaurant meals analyzed during the entire study period -- 2003 to 2016 -- were considered to be of ideal nutritional quality.

"On any given day, nearly one-third of American adults eat at a full-service restaurant, and nearly half at a fast-food restaurant. The nutritional quality of most of these meals is poor and almost none are ideal, and this is true for both quick-serve and full-service restaurants," said senior study author Dariush Mozaffarian. He's dean of the Friedman School of Nutrition Science and Policy at Tufts University in Boston.

"Today, more American adults are sick than are healthy, and much of this is due to diet-related illness. Looking for healthier restaurant options should be a priority for all Americans," he added.

Over the past 30 years, American meals have largely shifted away from meals prepared at home to restaurant meals, the study authors said. Today, the typical American gets one out of every five calories they eat from a restaurant.

Other studies have found a link between restaurant foods and a higher risk of poor health outcomes, like type 2 diabetes, the researchers said. But there was little research on the nutritional quality of individual meals from restaurants.

The latest study included information from a nationally representative sample of more than 35,000 American adults. They all provided dietary information for a 24-hour period.

The researchers graded the nutritional value of the foods using an American Heart Association diet score.

Fast-food meals accounted for 12% of all the calories eaten. Full-service restaurant meals made up 9% of all calories consumed. During the study period, fast-food breakfasts went from around 4% of calories eaten to 8%.

For people with college degrees, poor-quality meals from fast-food restaurants dropped from 74% to 60% during the study. For people without a high school diploma, 76% of fast-food meals were of poor nutritional value.

"Restaurants aggressively develop and promote unhealthier options to lower-income and marginalized communities, and restaurant choices in these communities tend to be less healthy. It's a vicious cycle, and one that needs to be broken," Mozaffarian said.

Restaurants need to add more whole grains, nuts, legumes, fish, vegetables and fruits to their meals to boost the nutritional value, the researchers said. The amount of salt in the food should also be reduced, they noted.

Mozaffarian said to choose seltzer or unsweetened tea instead of soda, and to minimize the amount of processed meats you eat.

He said people don't necessarily need to eat out less frequently, but when they do dine out (even if it's fast food), they could choose healthier options from the menu.

Dietician Audrey Koltun, from Cohen Children's Medical Center in Lake Success, N.Y., said, "Most restaurants -- but not all -- do have healthy, or at least somewhat better options if one chooses. There have been trends focusing on healthier kids meals, whole grains and vegetarian options, but people want to eat what they want when eating out or getting take-out."

She said even people who are mindful of nutrition when they're preparing food at home may view eating out as a "cheat" day, so they don't pay attention to the nutritional quality of their meal.

Koltun noted that cost is a big factor in food choices. Many fast-food places have a cheaper menu, and she noted, those foods are likely to be lower in quality and nutritional value.

The study was published Jan. 29 in The Journal of Nutrition.

Learn more about eating healthy at restaurants from the Academy of Nutrition and Dietetics.