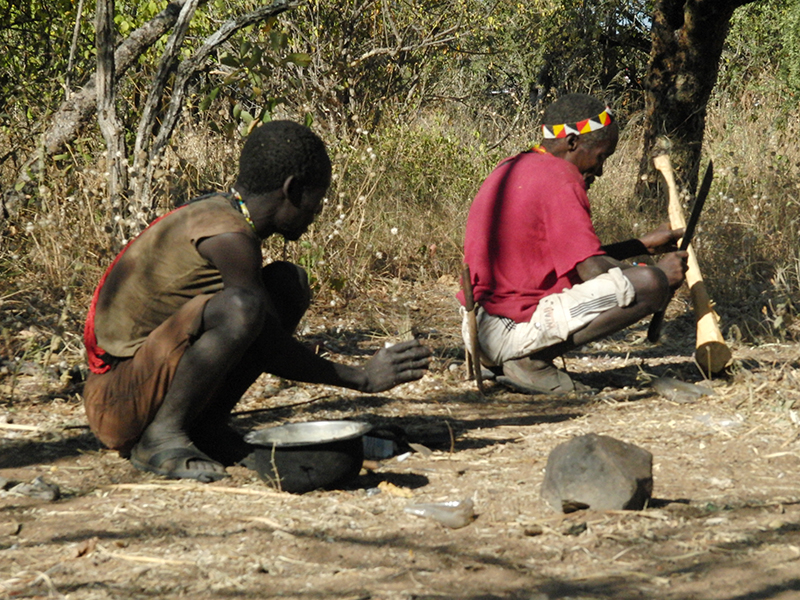 Squat, Don't Sit: Study of African Tribe Shows Why One Position Is Healthier

You've probably heard the phrase, "Sitting is the new smoking," but what is it about sitting that's so harmful?

New research suggests it's because sitting doesn't require much use of your body's muscles.

The study compared the daily activities of a modern-day African hunter-gatherer community called the Hadza, in Tanzania. It found that while the Hadza spent similar amounts of sedentary time throughout the day as people living in more industrialized societies, what they didn't do was sit. Instead, they squatted or kneeled.

That light level of muscle activity may help keep blood pumping through the blood vessels and heart. It also might help burn excess blood sugar, keeps the metabolic system humming, and appears to decrease insulin resistance. And, Raichlen said, the constant muscle activity might also help lower the bad type of cholesterol.

"Chairs are wonderful and comfortable, but they take away some muscle activity. This leads to a mismatch between the way inactivity occurred in the past and today. Our bodies are not well-adapted to sitting in chairs for a long time," he explained.

But that doesn't mean Raichlen is recommending that everyone needs to spend their days squatting or kneeling.

"If you don't grow up squatting throughout the day, it's probably not a good idea to start now, but it's a good idea to find ways to get more muscle activity. Get up more often," he suggested.

A number of recent studies have linked long periods of sitting with bad health outcomes, such as a greater risk of type 2 diabetes and even mortality. A study published last month in the Journal of the American Medical Association found that every 15 minutes of sitting boosted insulin resistance, and greater insulin resistance is linked to the development of type 2 diabetes.

Raichlen and his team wanted to learn if worse health outcomes from sitting were because people weren't active as often, or if something else was at play.

They had a unique opportunity to compare the way people live in an industrialized society with a society that lives closer to the way human ancestors likely did.

The Hadza are a community of hunter-gatherers. Most of their diet -- 97% during the study period -- comes from foods they hunt or collect themselves.

Twenty-eight people from the group agreed to participate in the study. They were between 18 and 61 years old. Sixteen were male.

For eight days they wore devices on their thighs to track movement throughout the day. The researchers also tested blood glucose levels and cholesterol levels using portable machines.

The Hadza were much more active throughout the day than most people living in an industrialized society.

But they also had high levels of inactivity, too. They were sedentary between nine and 10 hours daily. Despite those long inactive periods, the Hadza didn't have the same risks of chronic disease, such as heart disease, that people living in an industrialized society do.

Dr. John Osborne, a spokesperson for the American Heart Association and director of cardiology at State of the Heart Cardiology in Dallas, reviewed the study and said the findings make sense.

"If you're squatting, your muscles are contracting and you're keeping blood flow moving from the heart to the muscles and the muscles back to the heart. You're also using energy," Osborne said.

However, he wasn't sure how anyone could integrate these findings into their lives, because it's unlikely that people who haven't grown up spending a lot of time squatting or kneeling would start doing it as adults.

Osborne's advice? "At a minimum, sitting a lot is bad. So, move when you can. Be a shark. Always keep moving," he said.

The study was published March 9 in Proceedings of the National Academy of Sciences.

Read more about how sitting can affect your health from the Mayo Clinic.