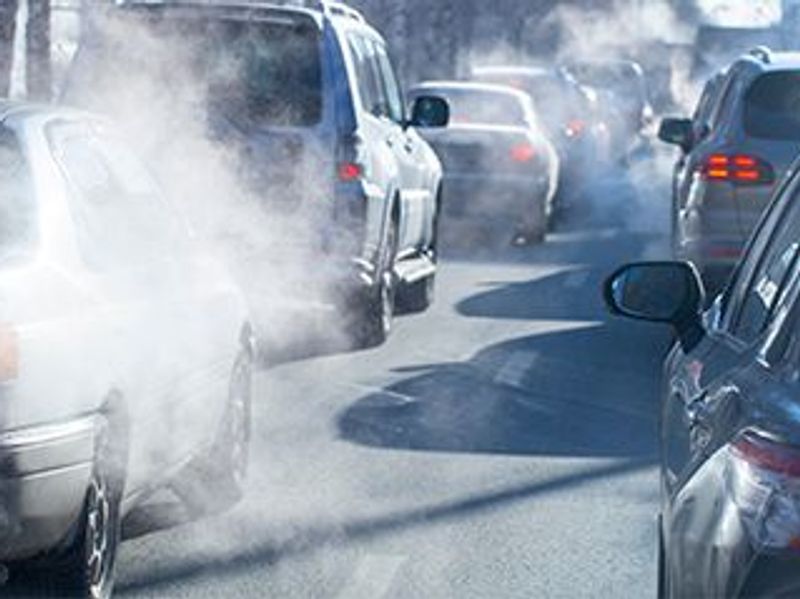 Drivers May Be Inhaling Dangerous Carcinogens Inside Their Cars

Worried about what damage the polluted air outside might pose to your health during your work commute? New research suggests you might want to worry more about the chemicals you are exposed to inside your car.

Benzene and formaldehyde are used in automobile manufacturing, and both are known to cause cancer at or above certain levels of exposure. Benzene also poses a risk of reproductive and developmental problems.

Benzene is used to produce synthetic fibers, and formaldehyde is a binder in plastics.

University of California, Riverside researchers calculated the daily amount of benzene and formaldehyde being inhaled by California drivers with commutes of at least 20 minutes a day.

Based on based on average 30-minute commute times, up to 90% of people in Los Angeles, San Diego, Orange, Santa Clara, and Alameda counties have at least a 10% chance of exceeding cancer risk from inhaling the two chemicals, the researchers concluded.

"Of course, there is a range of exposure that depends on how long you're in the car, and how much of the compounds your car is emitting," study author Aalekhya Reddam said in a university news release. She's a graduate student in the laboratory of David Volz, a professor of environmental toxicology.

"These chemicals are very volatile, moving easily from plastics and textiles to the air that you breathe," Volz said in the release.

The study will be published in the April issue of the journal Environment International.

While government agencies tend to regulate exposure to toxic chemicals in workplaces, that's not the case in private settings such as homes and cars, the researchers noted.

Volz and Reddam previously found that longer commute times are associated with increased exposure to the flame retardant TDCIPP, or chlorinated tris, another known carcinogen.

What's a driver to do?

Commuters should keep their windows open when driving if possible, Reddam suggested. "At least with some air flow, you'd be diluting the concentration of these chemicals inside your car," she said.

"There should be alternatives to these chemicals to achieve the same goals during vehicle manufacturing," Volz added. "If so, these should be used."

The American Cancer Society has more on human carcinogens.