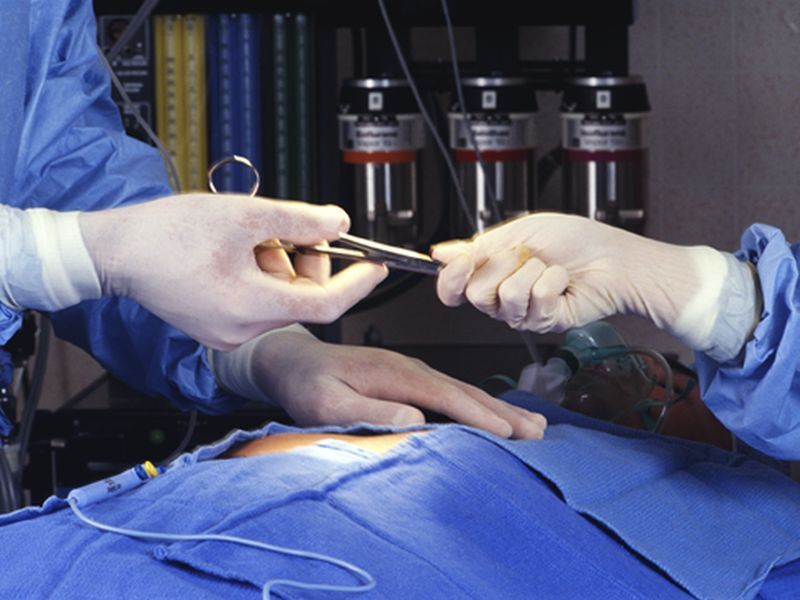 U.S. surgery patients have a high rate of smoking, which could be one reason why some wind up on the operating table, researchers say.

A look at nearly 329,000 Michigan residents who had common surgical procedures between 2012 and 2019 found that nearly a quarter had smoked in the past year. In comparison, just over 14% of U.S. adults smoked in 2019.

The highest rates of smoking were found among Medicaid patients and those without health insurance, according to findings published recently in the journal JAMA Network Open.

"We thought this was really important because these are patients with limited access to care who may not have the ability to go to regular health exams or to get smoking cessation help," said study author Dr. Ryan Howard, a general surgery resident at Michigan Medicine at the University of Michigan.

Among patients who had general surgeries, such as appendectomies, the highest smoking rates were among men, patients under age 45, and American Indians/Alaskan Natives.

Researchers noted that smoking is associated with a wide range of health problems that may require surgery, including lung and heart disease, stroke, cancer, vascular issues -- even hernias. Smoking is still the most preventable cause of death in the United States.

And a major surgery might represent the most significant interaction a Medicaid or uninsured patient has with the health care system -- providing what Howard described as a "teachable moment" in trying to kick the nicotine habit.

"Teachable moments are these times in a person's life where for one reason or another, they're more receptive to spontaneously improving their health," he said in a university news release. "Some examples include if someone is diagnosed with a new cancer or a chronic illness like diabetes -- or if they need surgery."

Howard noted that these patients have a natural motivation to heal and recover well.

"If, as providers, we can leverage that motivation, it could be really powerful," he said.