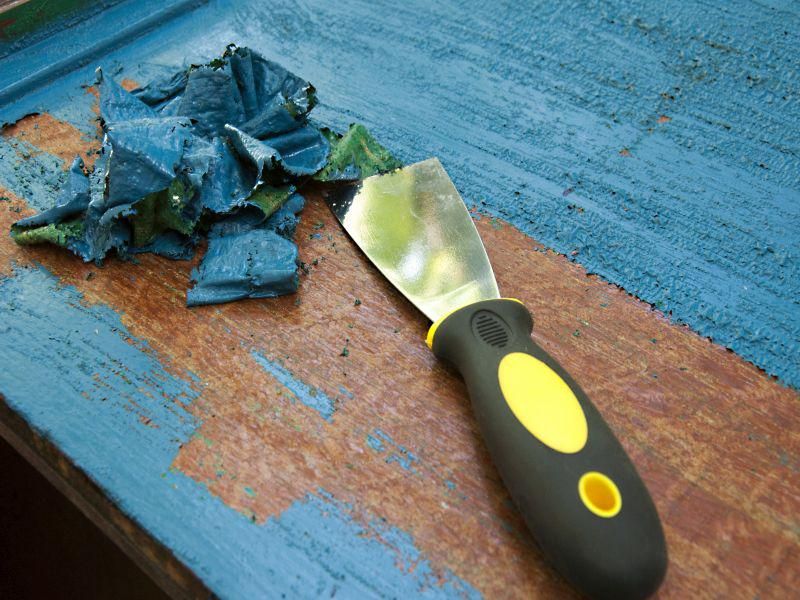 Workers' Deaths From Paint Stripping Chemicals Are on the Rise

A deadly chemical in paint strippers continues to kill workers despite its known dangers, a new study finds.

The chemical methylene chloride, also known as dichloromethane (DCM), is a solvent found in paint strippers, cleaners, degreasers, adhesives and sealants. When inhaled, it produces large quantities of carbon monoxide that can cut off oxygen to the heart. At high doses, it switches off the brain's breathing center. Death can occur within minutes.

"It can make you feel dizzy, nauseous and eventually, you can become unconscious and die, because what it does is deprive your body of oxygen," said senior researcher Veena Singla, a senior scientist at the Natural Resources Defense Council in San Francisco.

"In a small, enclosed space like a bathroom, the vapors can accumulate to harmful levels within 10 minutes," she said. "It's also dangerous long term. It's a known cancer-causing chemical, and it can also cause liver and kidney damage."

Methylene chloride is a strong solvent good for dissolving paint and adhesives quickly. Although it has been banned in consumer products, it's still used in professional paint strippers.

According to Singla, the industry has resisted banning the chemical and claims that deaths linked to it are the result of not using proper protective gear.

"Another reason why the chemical is so deadly is that the equipment you need to protect yourself from it is very specialized and not readily available to many people," she said.

Regular latex gloves don't shield you from methylene chloride. The chemical can go through these gloves and still get absorbed into the skin. Also, the masks worn as dust shields don't protect against the chemical's fumes, Singla said.

Even respirators with a cartridge filter are not effective against this chemical, she said.

Although the U.S. Environmental Protection Agency (EPA) banned methylene chloride in consumer paint strippers, it's still in some products that consumers can buy, she said.

"People should try to avoid methylene chloride in any products and check for old paint strippers at home," Singla said.

Singla, who worked on the study while at the University of California, San Francisco, said the chemical should be banned.

"This chemical is just too hazardous and dangerous to be used safely, and we really need to move to safer alternatives," she said. "That's already been done in other places. The European Union has already got rid of methylene chloride and transitioned to safer alternatives, and we could prevent additional deaths if we did that too."

For the study, Singla and colleagues reviewed deaths related to methylene chloride between 1980 and 2018.

During that time, 85 people in the United States died from exposure to the chemical. Of these deaths, 74 were work-related.

Between 1985 and 2017, the American Association of Poison Control Centers reported more than 37,000 nonfatal methylene chloride cases.

The annual number of reported nonfatal cases peaked at 1,701 in 1995, according to the study, then began to fall. Cases then plateaued at about 408 a year between 2010 and 2017, including about 73 in the workplace.

Liz Hitchcock, director of the lobbying group Safer Chemicals Healthy Families, reviewed the study and said it confirms what the public and EPA have known for a long time.

"Methylene chloride in paint strippers can kill and has killed people in the workplace," she said.

According to Hitchcock, the EPA looked at 53 uses of methylene chloride and found 47 of them posed an unreasonable risk to the public. "So they should certainly ban it," she said.

The EPA moved away from banning the chemical during the Trump administration, Hitchcock said. She hopes, however, it will move ahead with a ban during the Biden presidency.

"This paper shows us once again that use of this chemical poses an unacceptable risk, and it's too dangerous to be used," Hitchcock said.

The findings were published online April 19 in the journal JAMA Internal Medicine.