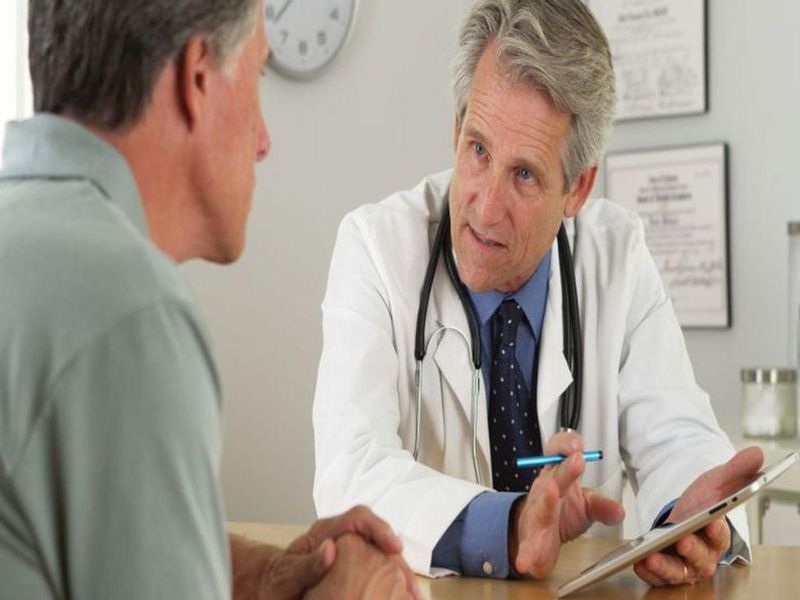 Patients with advanced prostate cancers may have newfound hope: Researchers identified a new potential treatment for men with metastatic castration-resistant prostate cancer, which has no cure.

Metastatic castration-resistant prostate cancer means the disease continues to spread despite therapies that deplete male hormones (androgens) such as testosterone, which are thought to "feed" tumors.

The study "offers the treatment possibility where there was really very little for the most advanced patient, but it opens a doorway for exploring the benefits of this drug in multiple earlier patient populations," said Dr. Michael Morris, head of the Prostate Cancer Section at Memorial Sloan Kettering Cancer Center in New York City.

In about 80% of prostate cancers, there is a protein on the surface of the cancer cell that is called prostate-specific membrane antigen (PSMA). It is also distributed on prostate cancer that has spread to the bone, lymph nodes or soft tissues. Yet, PSMA is not on normal tissues, so it was a good target for both diagnostics and therapeutics, Morris explained.

The new drug has two components, a targeting molecule and a payload delivers radiation. It is given intravenously.

"Each of the molecules of drug is seeking to bind with the cells containing PSMA, which generally are the prostate cancer cell. As the drug binds to it, the cell brings the drug into the interior of the cell. The radiation, which is attached to the drug, it's the payload of the drug, is also brought into the interior of the cell. And there, it irradiates the cell and kills it as well as the cells that are neighboring to it," Morris said.

"What happens when you go on to treatment with prostate cancer is that if you respond, you stay on that therapy or stay on that regimen until either side effects preclude continuing the therapy or it no longer works because the disease has become resistant to it," Morris explained.

The new treatment increased overall median survival to 15.3 months versus 11.3 months for these patients who had very advanced disease. It also increased a measure called radiographic progression-free survival, which reflects disease control while on the drug, from a median of 3.4 months to 8.7 months.

The study is being presented online at the American Society of Clinical Oncology annual meeting, which will be held June 4-8. Findings presented at medical meetings are considered preliminary until published in a peer-reviewed journal. Drug maker Novartis funded the study and plans to submit the data to regulatory authorities for review and potential approval.

Prostate cancer is both the most common cancer in American men and the second leading cause of cancer-related death. The study's positive results mean that patients who have very advanced disease might have a new treatment option.

"It also means that, usually in prostate cancer as well as other diseases, what you develop and discover as a new therapy for the most advanced patients usually benefits earlier patients and frequently we'll see those benefits amplified in less sick patients who have less-resistant disease," Morris said.

Current studies are now looking at the therapy for patients who have earlier disease who have not yet received chemotherapy, as well as those who are just beginning treatments for prostate cancer.

Dr. Ash Tewari, system chair in the Milton and Carroll Petrie Department of Urology at Mount Sinai Health System in New York City, said the study offers a lot of promise for patients, giving those with advanced prostate cancer new hope. It also has a reasonable side effect profile, said Tewari, who was not involved in the study.

"Androgen deprivation is the mainstay of therapy of advanced prostate cancer, but the cure rate is low and patients eventually become castrate-resistant," Tewari said. "There is a need to more closely tailor therapies to individual patient profiles."

Noting the median results for overall survival that the study found, Tewari said that extra four months of life can be very meaningful for someone who lives to see an important family milestone, such as a grandchild's wedding.

"This is a good example of when a well-conducted clinical trial backed by scientific data can make an impact in patient's life. And we should always be curiously, cautiously looking at these options," he said.