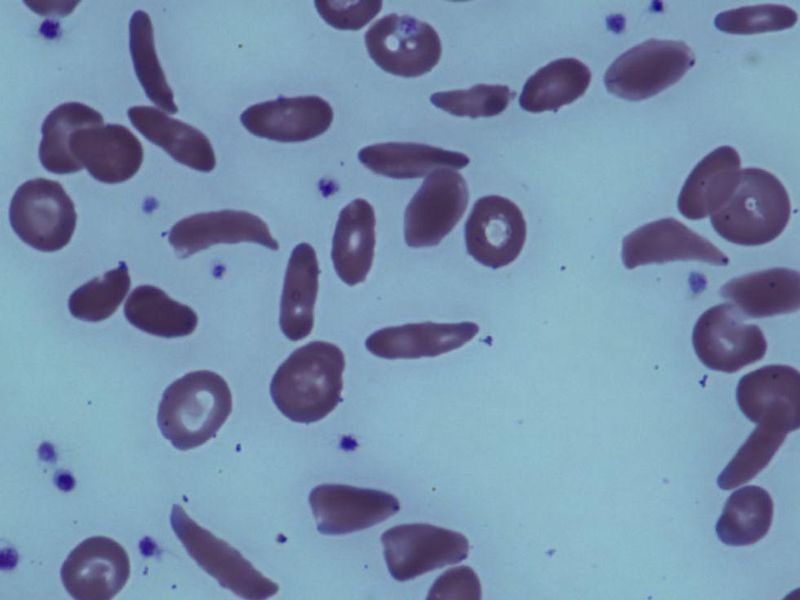 Researchers are using mice to study a potential new treatment that could help patients who have sickle cell disease, without some of the risks and side effects of existing therapies.

The investigators reported using genetic-based editing on mice to convert a disease-causing hemoglobin gene to a benign variant that would enable healthy blood cell production.

Sickle cell disease (SCD) is the most common deadly genetic disorder. It affects more than 300,000 newborns worldwide each year, leading to chronic pain, organ failure and early death in patients, the researchers noted. The root of SCD is two mutated copies of the hemoglobin gene, HBB, which cause red blood cells to transform from a circular disc into a sickle shape.

Scientists from the Broad Institute of MIT and Harvard and St. Jude Children's Research Hospital used a molecular technology called base editing to directly convert a single letter of the disease-causing DNA into a harmless genetic variant of HBB in human blood-producing cells and in a mouse model of SCD.

"We were able to correct the disease-causing variant in both cell and animal models using a customized base editor, without requiring double-stranded DNA breaks or inserting new segments of DNA into the genome," explained co-senior author David Liu, director of the Merkin Institute of Transformative Technologies in Healthcare at the Broad Institute, a Harvard professor, and a Howard Hughes Medical Institute investigator.

"This was a major team effort, and our hope is that base editing will provide a promising basis for a therapeutic strategy down the road for sickle cell disease," Liu said in a Broad Institute news release.

Currently, the only established method to cure SCD is a bone marrow transplant, but finding an appropriate bone marrow donor is difficult and patients who undergo a transplant can suffer dangerous side effects.

While there are a number of gene editing treatments under development that avoid these risks by modifying a patient's own bone marrow directly, these experimental therapies rely on introducing new DNA or cleaving genomic DNA in cells, which can also cause adverse effects, the researchers said.

Among the results, the researchers found that editing at least 20% of disease-causing hemoglobin genes was sufficient to maintain blood metrics in the mice at healthy levels. However, animal research does not always produce the same results in humans.

"The approach offers promise as the basis of a potential one-time treatment, or perhaps even a one-time cure, for sickle cell disease," Liu said.

The findings were published recently in the journal Nature.

The U.S. Centers for Disease Control and Prevention has more on sickle cell disease.