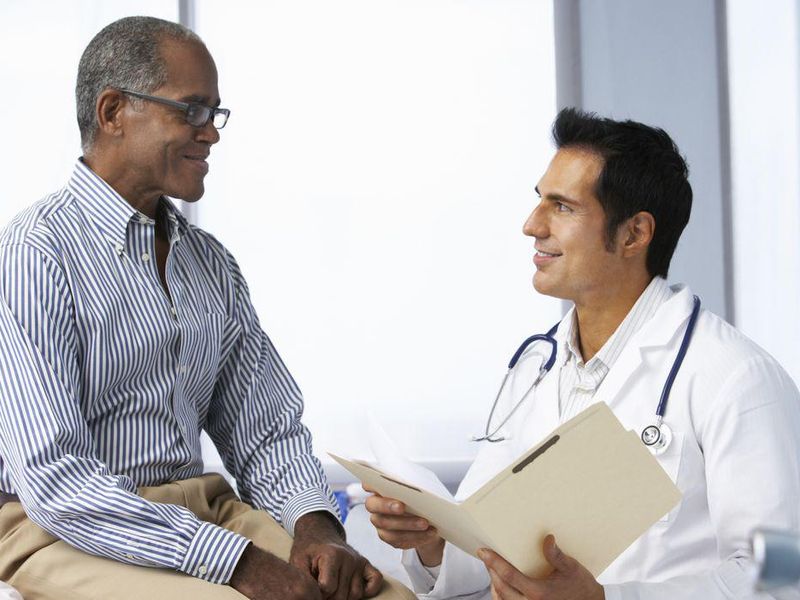 Black Patients With A-Fib Less Likely to Get Blood Thinners

Patients with atrial fibrillation usually receive blood thinners to reduce their stroke risk, but these drugs are under-prescribed to Black Americans, a new study reveals.

When they leave the hospital, Black patients are 25% less likely than whites to be prescribed blood thinners such as Xarelto, Eliquis or warfarin, researchers found after studying the records of nearly 70,000 patients.

The result: higher rates of stroke and death among Black patients in the year after hospital discharge.

Atrial fibrillation is an abnormal heartbeat in which the upper chambers of the heart, the atria, beat irregularly, preventing blood from fully leaving the chamber. This can result in blood being trapped in pockets within the atria. This trapped blood can form clots, which can travel to the brain, causing a stroke. The purpose of blood thinners is to prevent clotting and, thus, stroke.

Many reasons may account for the failure to prescribe these drugs, Essien said.

Patients may not have all the information they need about the best way to treat a-fib. Also, doctors may make the preemptive decision that patients can't afford these drugs or won't adhere to them, he said.

Xarelto (rivaroxaban) and Eliquis (apixaban) are expensive, costing as much as $500 a month. A generic version of Eliquis was approved some time ago but never brought to market because drug makers Bristol-Myers Squibb and Pfizer launched a legal battle to extend Eliquis' patent.

"This is where 'pharmacalequity,' a term I've coined, really comes in," Essien said. He would like to see these costs reduced "to make sure patients have equal access to lifesaving medication."

Warfarin is cheap but requires frequent blood tests to keep dosages within limits.

"Warfarin is such a hard medication for patients to use," Essien said. "You have to come into the doctor's office every six weeks or so to get your blood checked to make sure your warfarin levels are appropriate. Also, it interacts with foods or other medications and alcohol."

That's why Xarelto and Eliquis are now recommended over warfarin, he said.

"The next stage is to find ways to make these medications more affordable for our patients, even those who have insurance," Essien said. Also needed is integrated care for patients with atrial fibrillation that ensures they have prescribed blood thinners, he added.

For the study, Essien and his colleagues collected data on more than 69,500 patients hospitalized across the United States for a-fib between 2014 and 2020. They wanted to see how many patients were discharged with a prescription for a blood thinner as recommended by the current guidelines.

They also looked at the incidence of stroke, bleeding and death in the year after leaving the hospital.

Nearly 79% of the patients were discharged with a blood thinner prescription, with white patients 75% more likely to receive the drugs.

After a year, Black patients were twice as likely to have suffered a stroke or a bleeding episode. They also had 22% higher odds of death from any cause, the study found.

On the one hand, Epstein is pleased that many a-fib patients are leaving the hospital with prescriptions for blood thinners. On the other hand, he knows that many patients can't afford these drugs.

Besides cost, Black patients may be less likely to get prescriptions for these drugs because of a distrust of the medical system and not understanding the medication's importance in treating a-fib, noted Epstein, who was not part of the study.

"I think one of the reasons is economic. These new anticoagulants are expensive. There is always a concern in the health community that Black patients have a distrust that goes way back to some of the research and trials that were done on African-Americans," he said.

Doctors should follow the guidelines, but patients also have to be their own advocates, Epstein said.

"You should be asking lots of questions. If you are diagnosed with atrial fibrillation, the vast majority of people should be anticoagulated," Epstein added. "If you are not being anticoagulated, ask, 'Why aren't I? Am I at risk of stroke? Shouldn't we be doing something about this?'"

The findings were presented Saturday at the annual meeting of the Heart Rhythm Society in San Francisco. Findings presented at medical meetings are considered preliminary until published in a peer-reviewed journal.

For more on atrial fibrillation, see the American Heart Association.