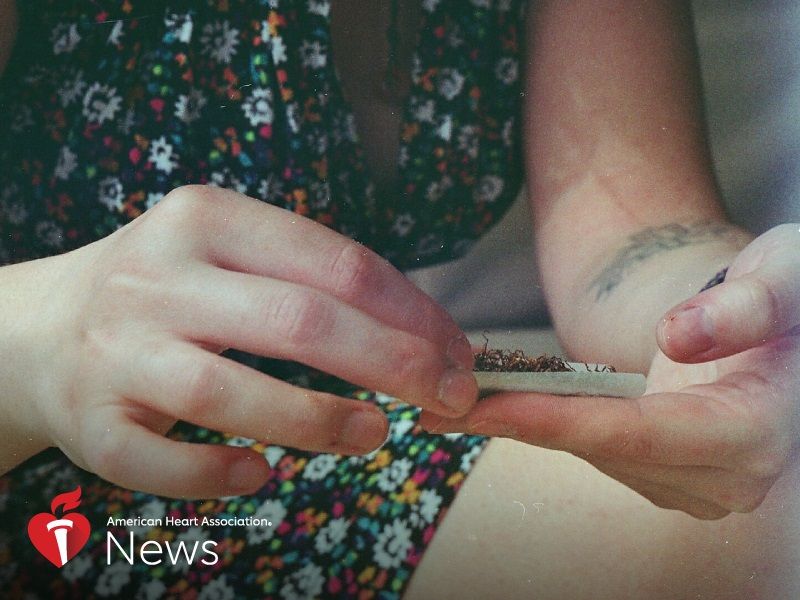 The vast majority of strokes occur in people over 65, but the number of younger adults having strokes is rising. New research suggests growth in illegal drug use could be playing a role.

Past research has shown higher cardiovascular death rates for young adults who used cocaine or marijuana. But the new study, presented next week at the American Stroke Association's International Stroke Conference in Honolulu, investigates trends in illegal drug use among 18- to 54-year-olds who had a stroke.

Researchers looked at 20 years of drug tests and self-reported data involving more than 2,200 young adults who had a stroke in greater Cincinnati and northern Kentucky. While alcohol and cigarette use in the stroke victims remained stable over the two-decade study period, drug use rose dramatically, from 4.4 percent in 1993-1994 to 30.3 percent in 2015.

"It's concerning. We need to be doing more to curb this growing problem, and young people especially need to be aware that illicit substances are associated with an increased risk to your health -- specifically, the risk of stroke,' said the study's lead author, Dr. Felipe De Los Rios La Rosa, a neurologist and medical director of the stroke program at Baptist Health South Florida in Miami.

The statistics could be impacted by several factors, De Los Rios La Rosa said, including the opioid epidemic, increases in hospital drug testing and the decrease in stigma about marijuana prompting more people to self-report that they use it.

Dr. Deepak L. Bhatt, a Brigham and Women's Hospital cardiologist and Harvard Medical School professor who was not involved in the study, said that even though marijuana isn't as harmful or addictive as cocaine, it still carries health risks.

"Marijuana has been linked to heart attacks and strokes, which is something that shocks a lot of people," Bhatt said. "Marijuana use will surely grow as it becomes increasingly legalized, but people should realize there's likely going to be health consequences down the road."

Bhatt called for more research on how rising opioid use is impacting strokes in young people.

"We need better tests for these designer drugs," he said. "They all have different chemicals that are often modified, so you can't test for them in the emergency room."

Bhatt said the new study shows doctors need to step up their efforts to get young adults to understand the health consequences of using drugs.

"It's an uncomfortable question for some doctors to ask, but this tells us it's important for us to be asking young people about illicit drug use before a stroke or heart attack occurs," Bhatt said.

"It might seem inconceivable to an 18-year-old that they could have a heart attack or stroke from drug abuse," he said. "We have to get out the word that it could happen. A stroke could be fatal, or it could leave you with a significant disability."

The trickier task, Bhatt said, is helping young patients who are already addicted recover before it's too late.

"We have to encourage them to enter a drug rehabilitation program and get assistance," he said. "Instead of just saying 'Don't do drugs,' we have to offer something that can actually help them get off these highly addictive drugs."