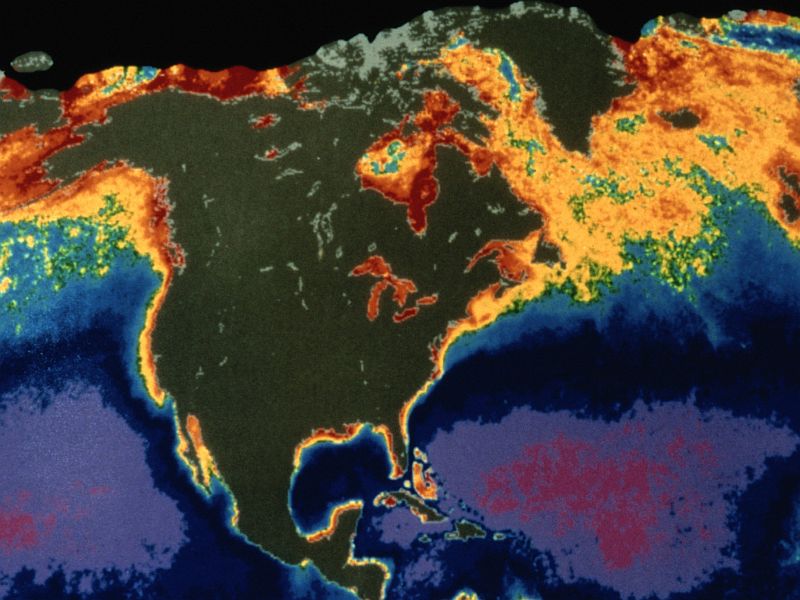 In general, humans are incredibly resistant to fungal infections because these organisms don't thrive in warmth, said lead author Dr. Arturo Casadevall, chair of molecular microbiology and immunology at the Johns Hopkins Bloomberg School of Public Health in Baltimore.

But climate change could be increasing the tolerance of fungi to warmer temperatures, making them more likely to infect humans, Casadevall and his colleagues claim.

The researchers point to an emerging fungal pathogen, Candida auris, as the canary in the coal mine.

"We think this is a harbinger of things that may come," Casadevall said of the fungus.

"What could be common to Venezuela, South Africa and India at the same time? These are different regions, populations, climates, you name it," Casadevall said.

More than 30% of people with invasive C. auris infections die, according to the U.S. Centers for Disease Control and Prevention. There have been 685 confirmed cases and 30 probable cases in the United States since 2016.

Researchers argue that as the climate has gotten warmer, C. auris has adapted to the point that it can now thrive inside humans.

"We are warm-blooded and our temperatures are very effective at keeping most of the fungi out," Casadevall said. "Most fungi can't reproduce at our body temperature -- about 95% of them cannot. Just being warm gives you a huge protection."

That's why human fungal infections have thus far been limited to such irritants as athlete's foot, while plant life and cold-blooded creatures are susceptible to fungi that can harm and kill, Casadevall said.

However, fungi can quickly become accustomed to warmer temperatures, research has shown.

"Fungi can adapt to temperature pretty easily," Casadevall said. "If you take a fungus into the laboratory and you slowly raise the temperature, they are able to live and reproduce at higher temperatures."

In this new study, published in the July/August issue of mBio, researchers compared the way C. auris responds to temperature against other close fungal relatives.

No one knows where C. auris came from. Casadevall and his colleagues speculate that it became more tolerant to high temperatures in bird populations as a result of global warming, then likely passed to humans who live in rural areas.

There are a couple of reasons why the emergence of C. auris is troubling, Casadevall said:

"Once these things get established in hospitals and in nursing homes, they are very, very difficult, if not impossible, to eradicate," Casadevall said. "This organism, for reasons that are unknown, seems to be quite resilient."

The fact that C. auris can tolerate higher temperatures than its relatives "is extremely concerning, as this fungi is extremely difficult to treat and has major infection control implications for health care facilities," said Dr. Amesh Adalja, a senior scholar at the Johns Hopkins Center for Health Security. He was not involved in the study.

"It will be vitally important to study other fungal species to determine if they, too, demonstrate tolerance for higher temperatures," Adalja said.

Public health experts across the globe need to step up their surveillance efforts when it comes to fungal infections, Casadevall said.

In addition, research needs to focus on new antifungal treatments, which haven't been a high priority given humans' innate resistance to fungus, he added.

"The research has kind of lagged," Casadevall said. "The drugs that we have are not great, but they work reasonably well if the fungi is vulnerable."

The U.S. Centers for Disease Control and Prevention has more about Candida auris.