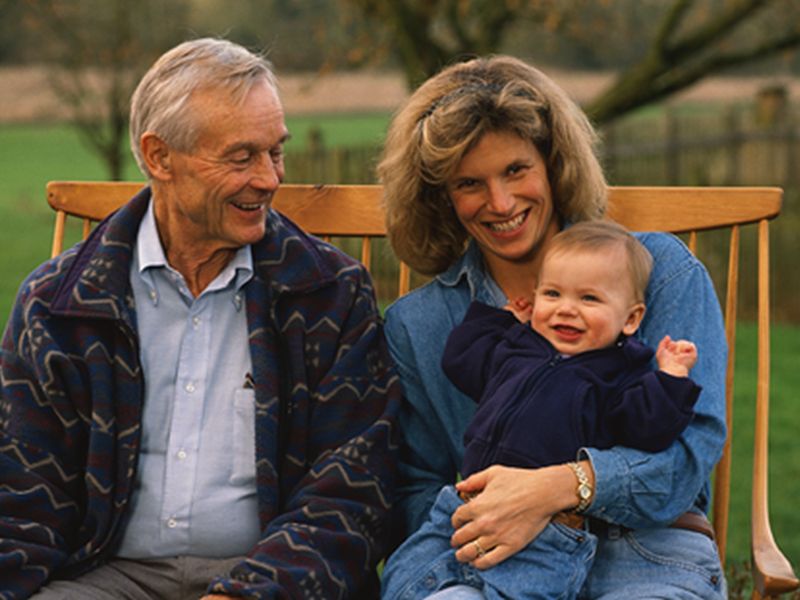 Disagreements between parents and grandparents over parenting choices like discipline, meals and TV time can strain family relationships, a new poll finds.

When kids stay with grandparents, relaxed rules can cause friction with the child's parents, child health experts noted.

According to the poll, nearly 50% of parents said they have disagreements with one or more grandparent about parenting. And one in seven said the arguments cause them to limit how much time their child spends with certain grandparents.

The C.S. Mott Children's Hospital National Poll on Children's Health at Michigan Medicine found that most arguments are about discipline (57%), meals (44%) and TV and screen time (36%).

Other clashes are about manners, safety and health, bedtime, treating some grandchildren differently than others, and sharing photos or information on social media, the researchers said.

"Grandparents play a special role in children's lives and can be an important resource for parents through support, advice and babysitting. But they may have different ideas about the best way to raise the child, and that can cause tension," Mott Poll co-director Sarah Clark said in a news release.

"If grandparents contradict or interfere with parenting choices, it can have a serious strain on the relationship," she added.

The survey is based on more than 2,000 responses from parents of children aged 18 and younger.

The biggest bone of contention is discipline. Among parents who have major or minor disagreements, 40% said grandparents are too lenient, and 14% said they're too strict.

Nearly half of parents said disagreements come when grandparents are too lenient and overly harsh, the survey found.

Some arguments may stem from generational differences. For example, grandparents may say that's "the way we used to do things," Clark explained.

Other arguments arise if grandparents won't put babies to sleep on their back or don't use a booster seat when driving grandchildren, which are current recommendations based on child health and safety research.

Parents often try to get grandparents to respect their parenting skills, but only about half of grandparents change in their behavior while 17% refuse, the survey noted.

"Whether grandparents cooperated with a request or not was strongly linked to parents' description of disagreements as major or minor," Clark said. "The bigger the conflict, the less likely grandparents were to budge."

Grandparents who refused a parent's request are more likely to have limits put on the amount of time the child spends with them.

"Parents who reported major disagreements with grandparents were also likely to feel that the conflicts had a negative impact on the relationship between the child and the grandparent," Clark said.

"These findings indicate that grandparents should strive to understand and comply with parent requests to be more consistent with parenting choices -- not only to support parents in the difficult job of raising children, but to avoid escalating the conflict to the point that they risk losing special time with grandchildren," Clark concluded.

For more on parents versus grandparents, head to the Center for Parenting Education.