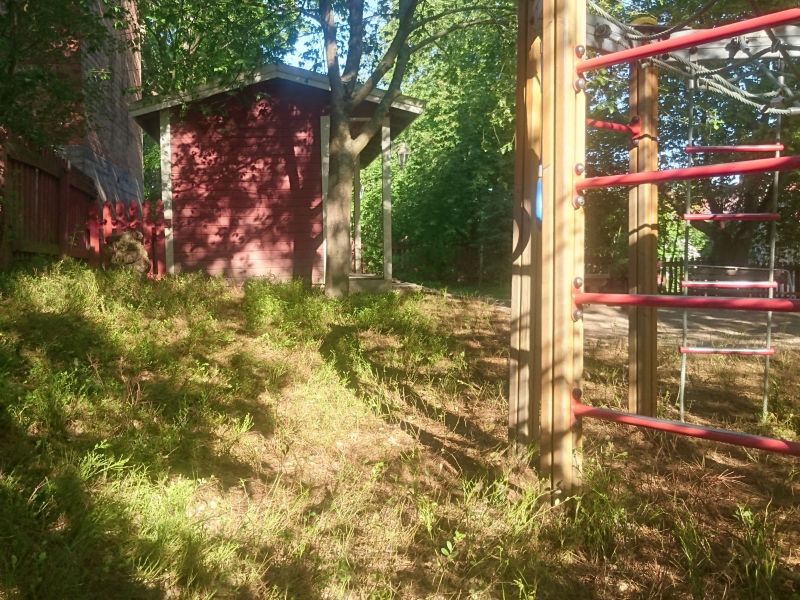 Want to give your kids an immune system boost? Try letting them play in the dirt more often, a new study suggests.

Researchers in Finland found that when they brought nature into daycare playgrounds -- including forest soil and vegetation -- preschoolers' immune function showed a change for the better. In simple terms, it shifted to a less inflammatory state.

That immune system redirect was also accompanied by some changes in the children's microbiome -- the vast collection of bacteria and other microbes that naturally live on and in the body. Research has revealed those bugs to be vital in normal body processes -- from metabolism to brain function to immune system regulation.

It's too early to know whether bringing the forest to urban playgrounds has real health benefits, experts said.

But the findings do argue for regular, messy outdoor time.

The study, published online Oct. 14 in Science Advances, grew from a body of research on modern living and immune function. Many studies, for instance, have found that living on a farm -- especially during childhood -- is tied to a lower risk of allergies. Meanwhile, the trappings of modern life -- from antibacterial soaps to processed foods to widespread antibiotic use -- are thought to reduce the diversity in the body's microbial communities.

In general, researchers believe, the greater the diversity in the microbiome, the better.

Sinkkonen's team decided to test the notion that adding "biodiversity" to an urban setting might boost the diversity in kids' microbiomes, and alter their immune function.

The researchers recruited 10 city daycare centers, with a total of 75 children aged 3 to 5. At four centers, the researchers transformed gravel playgrounds with forest soil and sod, planters for growing annuals and peat blocks for kids to climb.

The rest of the centers served as a comparison. Three were "nature-oriented" centers where young children were regularly taken on trips to nearby forests; at the other three, gravelly playgrounds remained the norm.

After one month, children at centers that imported the forest showed an increased diversity in certain bacteria on the skin. That made them more similar to children at the nature-oriented centers, the study authors explained.

Jack Gilbert, a microbiome researcher not involved in the study, praised its "holistic" approach. But he also had caveats.

"They had a very small sample size, and showed small effects," said Gilbert, a professor at the University of California, San Diego School of Medicine.

The tactic, he said, will have to be tested at more schools, and involve many more children.

And the ultimate question, Gilbert said, is whether children can reap health benefits -- like lower risks of eczema or food allergy.

Gilbert doubted that the limited microbiome changes were responsible for the immune system findings. Instead, he thinks it went the other way: Kids' time digging in microbe-rich dirt altered their immune systems, and that tweaked the body's microbiome.

"To me, the key finding is the change in the immune system," Gilbert said.

While many questions remain, he echoed Sinkkonen's advice on young children's playtime. "I do think being in the dirt is good," Gilbert said.

Sinkkonen noted that in this study, microbe diversity in the top layer of soil seemed to be critical. And kids were actively playing in it -- digging around, planting vegetation. So, it's unlikely, Sinkkonen said, that simply putting down some grass and shrubs would suffice.

The researchers do plan to pursue the question of health benefits. Sinkkonen said they are beginning a study to see whether exposing babies to more biodiversity, for 10 months, can reduce the risk of allergies.