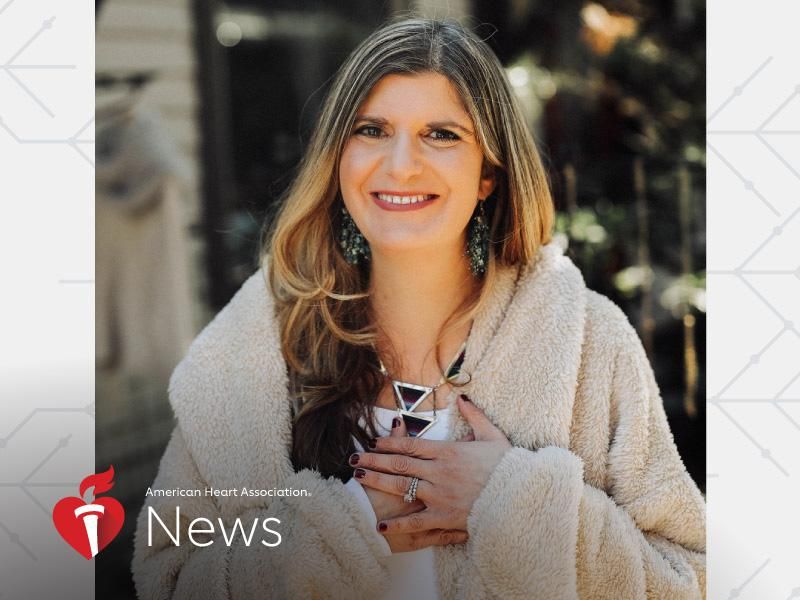 Now 40, Hollander vividly remembers that moment. Not because of the news the doctor shared -- she doesn't even recall it -- but because it was the first time she spoke up about her care.

"It has been life-sustaining for me to advocate for myself," Hollander said. "It's a huge part of who I am. I was born with a fighting spirit and I became an extremely determined individual."

As a certified life coach and motivational speaker, Hollander's mission is to lead others to find their own optimistic fighting spirit. She has plenty of experience to share.

Hollander was born with faulty plumbing in her heart. The two main arteries carrying blood away from the heart were reversed. This congenital heart defect is called transposition of the great arteries and requires corrective surgery.

Open-heart surgery at 2 allowed her to have a mostly normal childhood. She remembers no restrictions, only a lot of medical appointments. She also knew she might eventually need another heart surgery.

When Hollander was 14, her father was diagnosed with lung cancer. The two were very close. He died shortly after the diagnosis. A few months later, the still-grieving teen endured an infection in her heart, followed by the diagnosis of a slow heart rate. She had to have a pacemaker implanted to regulate it.

The series of setbacks would be enough to leave anyone distraught. She allowed herself "to feel the upset, the sadness, the 'no's.'"

"But also that summer was about me saying 'yes,'" said Hollander, who recovered from the pacemaker implantation in time to attend the final weeks of summer camp.

At 16, doctors determined she needed a second heart operation. The surgery was supposed to close a hole between her left and right ventricles. It didn't turn out as hoped. Her heart slowly began to fail.

She was 18 when doctors said she needed a new heart.

"At first, I couldn't even wrap my head around it," she said. "I had a pity party, crying, screaming, saying, 'This is not fair!' I let it all out.

"After three days, I was sick of my own negative self-talk."

Hollander was fortunate. She spent only two weeks on the transplant list.

Given a new start, she became determined to make the most of it.

She earned a bachelor's degree in sociology, then a master's in speech-language pathology. She worked for years as a speech pathologist before shifting into her new roles.

"I've seen Jill successfully get through every obstacle and every health challenge she's had," said Randi Nochumson, Hollander's best friend since elementary school. "She works through every problem, which is one reason she's so resilient."

Hollander's journey had a profound impact on Nochumson. So much so that she became a cardiac nurse.

"Through Jill, I realized how fascinating the heart is, and how much you can do for it, like transplants and pacemakers," Nochumson said. "In my work in cardiac care and rehab, Jill's story is one of the most amazing stories I've ever seen."

In 2018, Hollander held a "Celebration of Love & Life." The event was both her wedding to Daniel Poletick and a commemoration of 20 years with her transplanted heart.

When the pandemic hit, Hollander knew she was in the high-risk category for COVID-19 being severe. The daily medications she takes as a transplant recipient compromise her immune system. Her risk of catching the virus also was elevated because Poletick is an essential worker. To protect her health, they stayed in different parts of their house, seeing each other only outside or via video.

Considering all Hollander has been through, it's just another hurdle to clear.

"I deal with the fear when it comes up and I live in the present moment, knowing it's not going to be like this forever," she said. "I'm proactive and focus on the things that are positive, the things that make me want to say 'yes' in the midst of all the 'no's.'"