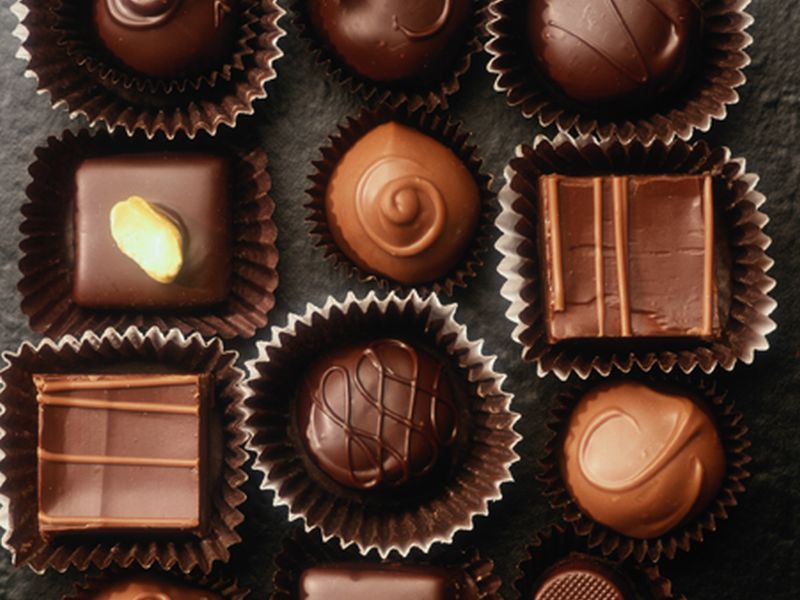 Valentine's Chocolates May Do Your Heart Good - Really

Giving dark chocolate to your sweetheart on Valentine's Day may be a win-win emotionally and physically, an expert suggests.

But it's important to keep any potential health benefits in perspective, noted Lizzy Davis, an assistant professor of nutrition sciences at the University of Alabama at Birmingham.

"What is healthy for one person may not be healthy for another," she said in a university news release. "However, remember that chocolate, in its purest form, comes from a tree. For this reason, there are some health/nutrition benefits to chocolate."

Dark chocolate is the healthiest kind of chocolate, according to Davis.

"Some of the health benefits are that it contains antioxidants (specifically flavanols), which have been shown to have a relationship with lower blood pressure, risk of stroke and coronary heart disease," she explained.

Davis also pointed out that some research suggests that magnesium in chocolate may explain premenstrual cravings , and pregnant women might crave chocolate for its iron.

However, she emphasized that you should not use chocolate to get your daily intake of these nutrients.

As for its emotional effect, Davis explained that chocolate is made from cocoa beans, which contain tryptophan and phenylethylamine, chemicals connected with improved mood and happiness. They can also make you feel energized.

"These are even coined the 'love drug' because they mimic the emotions a person feels when experiencing love," she said.

Davis explained that the differences between dark chocolate, milk chocolate and white chocolate have to do with the amount of chocolate liquor they contain. This mixture of cocoa powder and cocoa butter is chocolate in its most concentrated form.

"On some fancier chocolate packages, you will see a percentage, which represents the percentage of chocolate liquor to these 'other' ingredients," she said. "Interestingly, white chocolate contains only the cocoa butter with the addition of milk and sugar, but does not contain the other component of the chocolate liquor and cocoa powder."

For more on chocolate and health, go to the American Heart Association.