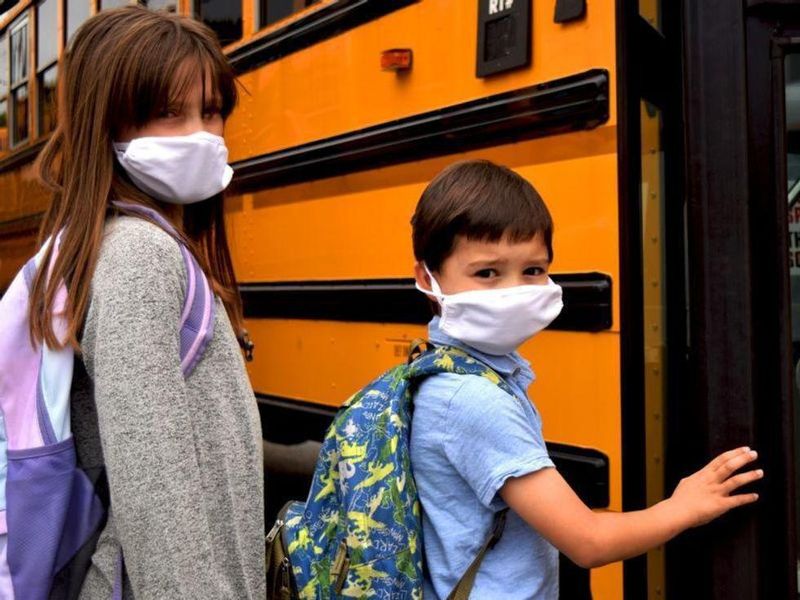 In the study released Tuesday by the U.S. Centers for Disease Control and Prevention, researchers examined public school districts in Arkansas from August to October and found that those with mask requirements had 23% lower rates of infection among students and staff members than districts without the mandates.

However, it's not known whether school mask mandates would have helped prevent infections with the more contagious Omicron variant.

The CDC has faced past criticism from scientists about overstating the benefits of mask mandates.

This new research on masking didn't account for other coronavirus prevention measures such as ventilation, which could be an 'important flaw in the study itself," Jonathan Ketcham, an economist specializing in health care at Arizona State University, told the The New York Times.

While the study could have compared schools with different masking policies to assess their impact, it's an improvement on previous research, said Jason Abaluck, an economics professor at Yale University’s School of Management who helped lead a large study on masking in Bangladesh.

“This study and the broader literature on masking suggests that in places where hospitalization and deaths are very high, the benefits of mask wearing in schools may be considerable,” he told the Times.

But Abaluck pointed out the masks can be uncomfortable and make it difficult for children to communicate.

“Figuring out how severe an outbreak has to be to warrant mask mandates in schools requires making best guesses about the costs, which remain highly uncertain given existing evidence," he told the Times.

Visit the U.S. Centers for Disease Control and Prevention for more on masks.