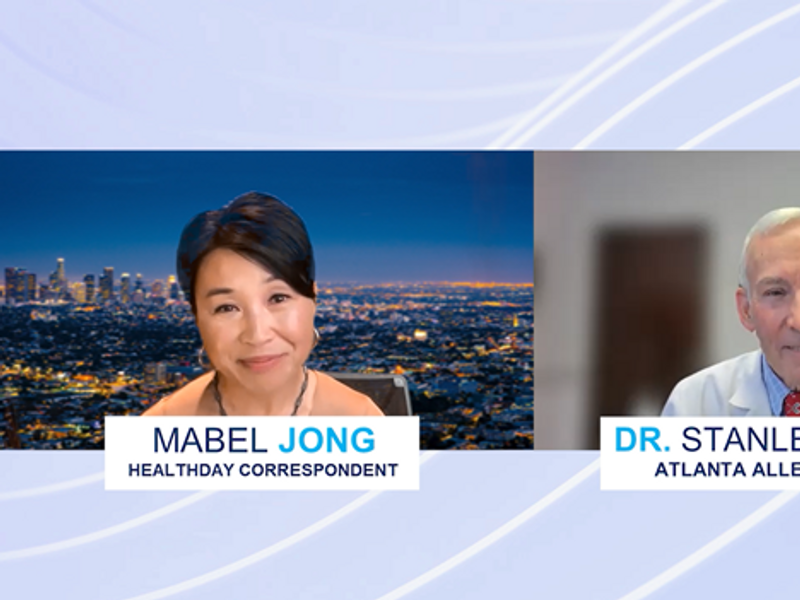 In a poll of more than 2,000 U.S. adults conducted by the Harris Poll in partnership with HealthDay, only 1 in 3 reported receiving an official hay fever diagnosis from a doctor, but 3 in 4 said they have experienced seasonal allergy symptoms.

For most of these individuals, seasonal sneezing is no walk in the park -- 74% said their symptoms negatively impact their overall quality of life. And according to Kathy Steinberg, vice president at the Harris Poll, "Other points in the survey suggest that the situation is only going to get worse."

As part of the survey, these 1,500 or so allergy-suffering respondents rated how much they agree or disagree with a list of statements, including: "I feel like my seasonal allergies are getting worse every year." "My seasonal allergy symptoms have been starting earlier in the season in recent years." "I now experience symptoms of seasonal allergies year-round."

"For many, their symptoms are getting worse every year, or they're occurring year-round, or they're starting earlier in the season than in recent years," Steinberg said.

The trend towards more prolonged and intense pollen seasons is likely to become increasingly unmistakable to those affected as global warming progresses.

"The people who are saying [their allergies] seem to be getting worse, they very well could be having more problems based on the scientific data that we have on temperature increase and pollen increase," said Dr. Stanley Fineman during a HealthDay Now interview. Fineman is an allergist at Atlanta Allergy & Asthma and a former president of the American College of Allergy, Asthma and Immunology.

"If we continue to have as much warming trends as we're having, we'll likely see higher and higher pollen counts with the seasons starting sooner," he said.

You can watch the full HealthDay Now interview below:

In a recent study, researchers modeled future pollen output and concluded that total pollen emissions could increase by up to 40% by 2100. They found that springtime pollen season is expected to begin 10 to 40 days earlier, while seasonal allergies in the fall will continue up to 19 days longer.

These escalations would add to the existing increases in pollen output starting decades ago. As of 2018, pollen counts were already 20% higher than in 1990, according to another study.

Climate change has a dual effect on pollen counts -- warmer temperatures and higher carbon dioxide emissions are both drivers of pollen production, according to William Anderegg, an associate professor of biology at the University of Utah.

"The science connecting climate change to longer and more severe pollen seasons is incredibly, incredibly clear. When you turn up the temperature or increase the amount of CO2 in the atmosphere, the plants tend to produce more pollen," Anderegg said. "They tend to grow bigger and produce more pollen per plant."

Fineman and his Atlanta practice have tracked daily pollen levels in the area for more than 40 years. In 2021, they used this data to publish a study demonstrating that pollen emissions from oak trees increased by 5% each year during the prior 27 years.

Fineman said he typically advises patients to start taking their allergy medications two weeks before pollen season begins. And that date has come earlier and earlier over the years in keeping with the lengthening of pollen season.

For many years, it was around St. Patrick's Day. Next, it was Valentine's Day. And in the past two years, pollen counts in the Atlanta area reached a high point, forcing him to notify patients around Groundhog Day.

These shifts can confuse long-time allergy sufferers who are used to breaking out the antihistamines or getting their first immunotherapy shot at predictable times each year. Allergy treatments are generally most effective when started in advance of symptoms.

When patients are unprepared, "that's when things can get really bad," Anderegg said. "And I hear this from allergists a lot. Patients are getting caught off guard because pollen seasons are starting a lot sooner."

The current trajectory of seasonal allergies has meaningful consequences on public health and well-being. Between 10% and 30% of the world's population is affected by hay fever, and the prevalence is rising. For many, the condition is a significant burden with wide-ranging effects. For example, more than 70% of allergy sufferers in the HealthDay/Harris Poll survey said their symptoms affect their ability to get a good night's rest.

The consequences of seasonal allergies and rising pollen counts are also felt in indirect ways.

"There's pretty broad literature connecting it to economic productivity, how well workers can do their job, and to kids," Anderegg explained. "When kids are suffering as well, it's really hard for them to learn and succeed in school."

Another economic ramification -- medical care associated with pollen costs more than $3 billion each year, according to the U.S. Centers for Disease Control and Prevention.

With the worsening and lengthening of pollen season, many millions of people are now experiencing an effect of climate change firsthand. Considering the pervasiveness of seasonal allergies, this trend presents an opportunity.

"There are really large benefits to tackling climate change proactively and urgently," Anderegg said. "We can avoid about half of the increase in pollen season worsening if we tackle climate change, maybe even more than that."

The U.S. Centers for Disease Control and Prevention has more on seasonal allergies and climate change.