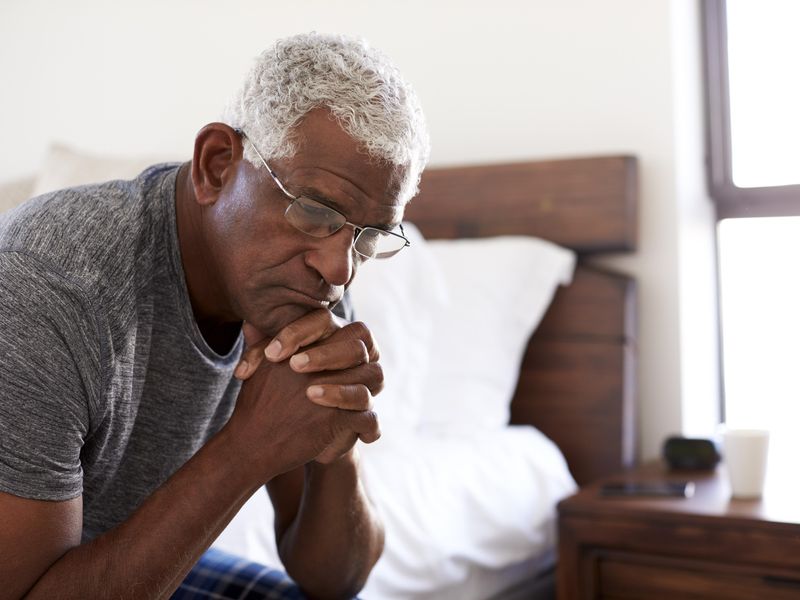 4 in 10 U.S. Adults Who Need Mental Health Care Can't Get It: Survey

There is a "staggering" gap between the number of Americans who need care for anxiety, depression and other mental health conditions and those who can actually get it, a new survey shows.

In all, 42% of U.S. adults who needed care in the previous 12 months did not get it because of costs and other barriers, according to the online survey from the National Council for Mental Wellbeing. Nearly one-quarter said they needed help for substance use.

"Unfortunately, I think the data around the challenges to accessing care are not surprising," said CEO Chuck Ingoglia. "We're in an environment where there is increased attention to these issues at the federal level and state level, there have been efforts to require insurance companies to provide adequate coverage for behavioral health conditions, and yet it still is a challenge for individuals, and that's a real shame."

In the new survey, about 21% said they had trouble accessing primary health care when they needed it, but more than twice as many had difficulty getting needed mental health or substance use treatment.

Ingoglia warned that the problem would worsen without intervention.

About 37% of respondents who said they needed mental health care in the survey said the expense had prevented them from getting it - be it out-of-pocket costs or lack of insurance. That was also true of 31% of those needing substance use care.

Twenty-eight percent of respondents said they were unable to find a conveniently located provider, as did 22% of those needing substance use care, the survey found.

Respondents also struggled to find a provider who offered care in a way they were comfortable with - be it in person or virtually.

"What we are seeing consistently in many surveys, our own surveys, and what we're hearing is that Americans are concerned about their mental health and are struggling to get access to high-quality mental health treatment," said Dr. Rebecca Brendel, president of American Psychiatric Association (APA), which was not involved in the survey.

She noted that even before the COVID-19 pandemic upended "all the stabilizing institutions, connections and things that we all depend on for our wellness," there was a shortage of providers. The mental health needs facing Americans with long COVID have only added to the issue.

"We know that Americans are struggling," Brendel said. "We saw an unprecedented number of opiate overdoses last year, in excess of a hundred thousand, higher rates of suicide, kids reporting distress, parents concerned about their kids and Americans in general reporting distress."

In ways large and small, the fallout from the lack of mental health care reverberates throughout people's lives, the experts noted.

About 50% of respondents said the lack of care had led to personal relationship issues. About 45% reported work issues and 44% noted a decline in their mental well-being.

For those who needed but were unable to get substance use care, 49% reported work issues as a result, 43% cited relationship issues and 37% a decline in their mental well-being.

"As the survey showed, people then report challenges in significant areas of their life, whether that's related to their relationships or their work, their general functioning," Ingoglia said. "These are illnesses that end up causing disruption in many areas of a person's life."

Cultural issues were a key concern. Roughly six in 10 adults agreed that there are too few mental health providers trained to address issues specific to race, ethnicity, sexual orientation or economic status.

"An ongoing question that our country needs to think about is how do we not just increase the number of behavioral health professionals, but to continue to ensure that the people who are entering the field look like and can relate to the people who need treatment?" Ingoglia said.

Even respondents who said they did access care had trouble getting what they needed, including 67% of those who received mental health care and 81% of those treated for substance use, the survey found.

Citing insurance-related issues, about three in five said they thought it would be easier and faster to get help if they paid for mental health care out-of-pocket.

Brendel, the APA leader, said it's important that people know what resources are available to them. For those who are employed, resources may be available in the workplace, for example.

She said many insurers are not complying with mental health parity legislation passed a decade ago.

"The cost of mental health and substance use care should not be any higher or less affordable to access than general medical care," Brendel said. "We have had nationwide parity legislation for over a decade, and the biggest problem is that we're struggling on enforcement."

Certified community behavioral health clinics could be a solution, according to Ingoglia. They're required to offer appointments rapidly and serve everyone regardless of their ability to pay.

But there's a catch: These are only available through a federally mandated Medicaid demonstration in 10 states. Another 30 states have grant-funded programs but those will only become sustainable if they become part of Medicaid, Ingoglia said.

"There is some hope that Congress this year will expand this program and make it available in every state in the country," he said.

The U.S. Centers for Disease Control and Prevention has more on mental health.