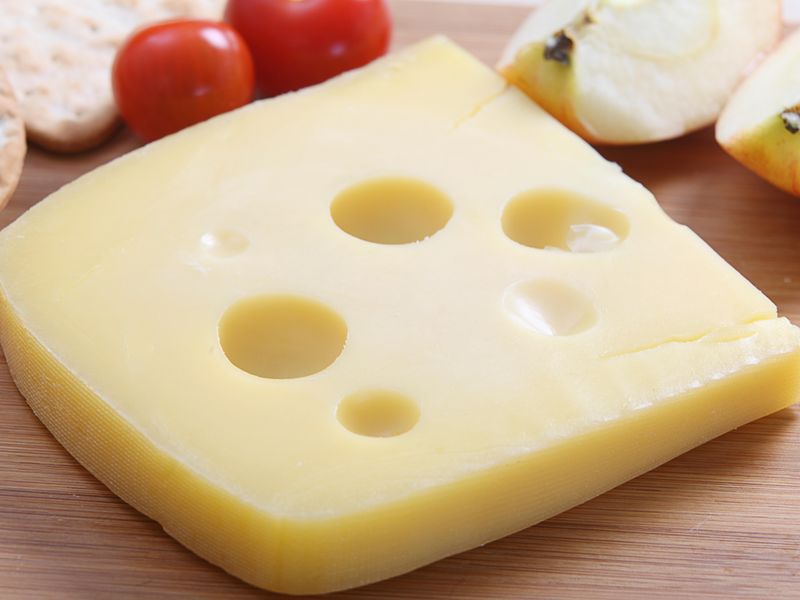 Could One Type of Cheese Help Strengthen Your Bones?

The protective effect of cheese on bone-thinning appears to be an exclusive benefit of Jarlsberg, and a mere 2 ounces a day seems to be enough to protect bone health, the investigators reported.

"Jarlsberg cheese might have a prophylactic effect on osteopenia and metabolic diseases," said lead researcher Dr. Helge Einar Lundberg, from Skjetten Medical Center in Skjetten. "This has to be further investigated in a long-term study on a larger population of elderly females and men at risk of developing osteoporosis."

Jarlsberg is a mild, semi-soft cheese made from cow's milk from Jarlsberg in eastern Norway. The TINE Group, the makers and distributors of Jarlsberg, didn't fund this study.

"As a doctor, I have to prescribe pills all the time, and many people use too much of supplements as well," Lundberg said. "Healthy food could be amongst the best therapies."

Several types of cheese on the market contain vitamin K2, including both Jarlsberg and Norvegia, he said.

"What differentiates Jarlsberg from the others is a special type of vitamin K2 [MK-9/4H], which is produced by a type of bacteria that is used in the production of Jarlsberg. In this process, the only enzyme [DHNA] that has so far been shown to increase a central protein in the body's bone formation is also produced," Lundberg explained.

"This protein is called osteocalcin. With the help of vitamin K2, osteocalcin is activated. This activation process seems to go much faster than previously thought and means that calcium and magnesium from the blood are transported into the bone," he said.

For the study, Lundberg and his colleagues randomly assigned 66 young women to eat either 2 ounces of Jarlsberg or about the same amount of Camembert each day for six weeks. After the first six weeks, the participants switched cheeses for another six weeks.

Jarlsberg and Camembert contain about the same amount of fat and protein, but only Jarlsberg is rich in vitamin K2.

After each stage, blood samples were taken to measure osteocalcin and a peptide (PINP) linked to bone turnover. Vitamin K2 and blood fat levels were also measured.

The report was published online Aug. 2 in the journal BMJ Nutrition, Prevention & Health.

Weinerman also said that other studies have shown no benefit from vitamin K on bone health. "I don't believe it works, and I don't believe it's dangerous," he said. But vitamin K is a clotting agent and so may not be safe for all patients, he noted.

People shouldn't start eating Jarlsberg in the hopes of not developing osteoporosis or preventing bone fractures, he said.

"Jarlsberg certainly does not, and should not, replace drugs or interventions that have been studied in large populations to actually change the outcome, such as drugs for osteoporosis in high-risk patients," Weinerman said.

"Don't take calcium, vitamin D or vitamin K thinking that it's going to be effective for reducing fractures, where the evidence is just not there," he said. "The evidence is contrary — it just plain doesn't work."

"We don't need an excuse to eat more cheese — if anything, we would all likely benefit from eating less," she said. "Americans eat over 39 pounds of cheese per person every year. That adds up to boatloads of saturated fat, sodium, and in the ballpark of more than 56,000 calories," Heller said.

Overall, cheese should be used to enhance flavor and not bury the food with which it is being served, she said.

"We can help create and preserve bone health by engaging in regular weight-bearing exercise and consuming a variety of healthy foods to meet our nutrient needs," Heller said. "Opting for less processed foods and more whole foods can help provide vitamins and minerals that are important for bone health."

For more on osteoporosis, head to the U.S. National Institutes of Health.