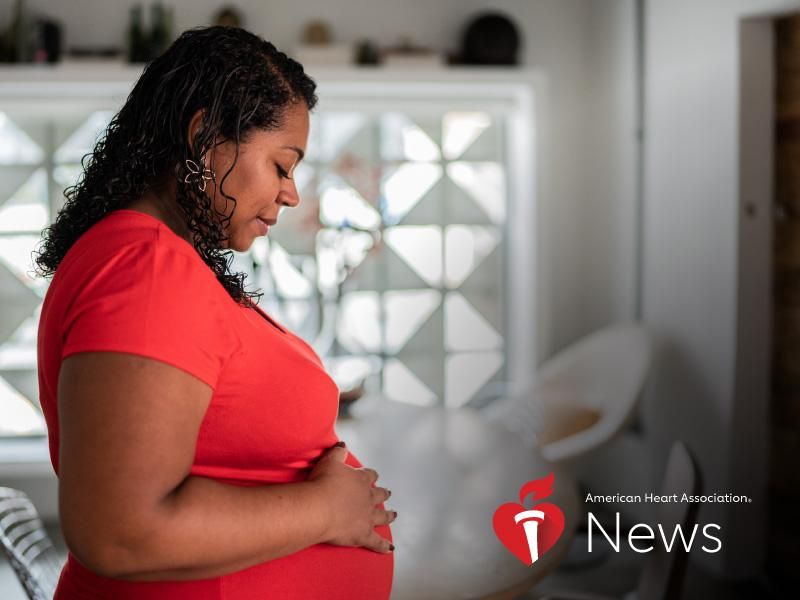 AHA News: After a Jump in Maternal Mortality for Hispanic Women, a Search for Answers

The COVID-19 pandemic produced no shortage of somber statistics. But for people who care about women's health, one number about Hispanic women stood out.

Their maternal mortality rate jumped sharply in 2020 -- up 44% from the year before, according to the latest available data from the Centers for Disease Control and Prevention. For every 100,000 births, there were 18.2 deaths among Hispanic women, up from 12.6 in 2019. Risk was highest among women 40 and older.

The increase drew attention in part because Hispanic women's maternal mortality rate had been relatively low when compared with white and Black women.

Dr. Sadiya Khan, an assistant professor of medicine in the division of cardiology at Northwestern University's Feinberg School of Medicine in Chicago, said it was too early to know what was behind the increase. But Khan, who has written or co-written several studies related to pregnancy and heart health, likened the general health inequities that existed before 2020 to firewood. "And the pandemic sparked it."

America's problem with women dying from childbirth-related causes is not new, nor is it exclusive to Hispanic women. A well-documented gap between white and Black women also surged in 2020. In June, while issuing a White House report on the topic, Vice President Kamala Harris labeled maternal mortality a national crisis.

According to the CDC, 861 U.S. women died of maternal causes in 2020, even though maternal mortality -- usually defined as deaths during pregnancy or within 42 days after pregnancy -- is considered largely preventable.

Most maternal deaths stem from cardiovascular issues. CDC data from 2016 to 2018 show that those conditions included blood clots, cardiomyopathy (a weakening of the heart muscle), cerebrovascular accidents (strokes) and blood pressure-related conditions such as preeclampsia.

According to the CDC, more pregnant people are experiencing chronic health conditions such as high blood pressure, diabetes and chronic heart disease that may put them at higher risk of complications. But problems differ among racial and ethnic groups. CDC data from 2007 to 2016 show that Hispanic mothers were at higher risk of dying from blood pressure-related issues than white or Black women.

Hispanic women often display optimal health behaviors while pregnant, said social epidemiologist Emma Sanchez-Vaznaugh, a professor in the department of public health at San Francisco State University. "For example, they are less likely to smoke and drink alcohol during pregnancy," she said.

But they often find themselves at the bottom of the economic ladder in jobs that do not provide insurance, she said. According to the U.S. Department of Health and Human Services, in 2019, Hispanic mothers already were less likely to receive prenatal care -- and when they did, it was late in pregnancy -- compared to white mothers.

Studies show that when the pandemic hit, Hispanic people made up a large portion of front-line laborers, and Latinas were disproportionately employed in industries vulnerable to closures.

Those economic forces, combined with existing socioeconomic issues that make it harder for people with low incomes to eat healthy food or live in safe, green places to walk, bike and exercise, "served as sort of a 'perfect storm' that can give rise to more ill health and death in this group," Sanchez-Vaznaugh said.

COVID-19 directly affected some pregnant women, who were among those at higher risk for becoming severely ill. Hispanic people also had a higher risk of being exposed to the virus, which Khan said "was largely due to employment concerns without the privilege to work remotely at home during the time period when there were not vaccines."

As the health system was thrown into chaos in 2020, people with already limited access to health care would have suffered most, she said.

During the first year of the pandemic, many pregnant women avoided clinics, said Dr. Patrick Ramsey, a professor and chief of the division of maternal-fetal medicine at the Long School of Medicine at the University of Texas Health Science Center at San Antonio. And conditions such as preeclampsia need continuous medical monitoring.

"If you have visits that are spaced out, or you don't go into clinics to have the appropriate assessments done, that disease can become worse than it would have been if you'd come in on a regular basis," said Ramsey, who is also chief medical officer for the Texas Collaborative for Healthy Mothers and Babies.

To address the problem, Khan and Ramsey both emphasized the need for better care not just to protect the health of pregnant women, but to protect them before they are pregnant.

Khan said that also applies to Black women, who have the highest maternal mortality rate in the United States.

She emphasized the idea of a "zero trimester," or optimizing a woman's health before she is pregnant. "One of the most critical periods where intervention is needed and can have the greatest impact is pre-pregnancy, but is often limited due to fragmented health insurance or limited health care access," Khan said.

Part of that is ensuring access to contraception to prevent unintended pregnancies, the experts said.

Khan said women also need to "know their numbers" on critical heart health measures such as blood pressure, total cholesterol, blood sugar and body mass index. "Often, young people feel like they are invincible and don't think of pregnancy as being a time when something life-threatening can occur," she said.

But, Khan said, being aware of both the risks and the ability to limit them "can go a long way" toward helping a pregnant woman protect her health.