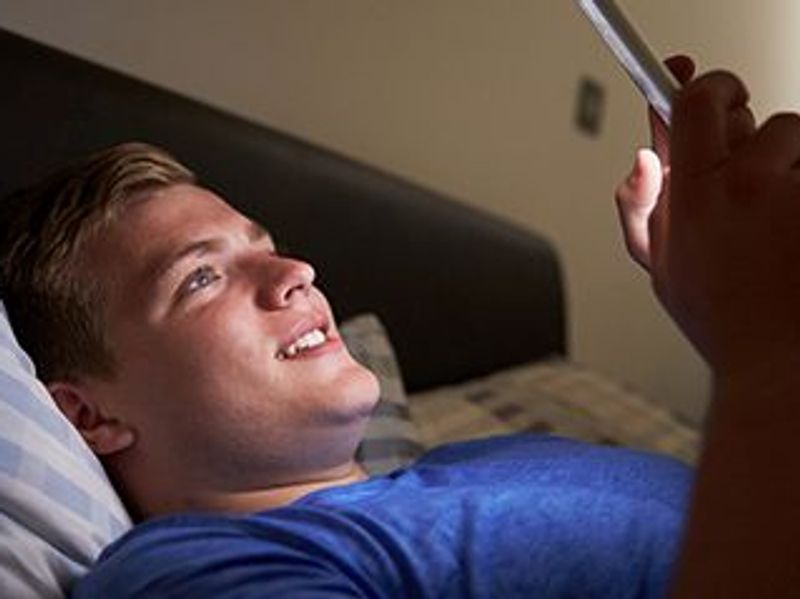 Images of people eating and drinking are a staple of social media, but new research finds such posts from celebrities often puts the spotlight squarely on junk food.

Profit isn't always the reason why, investigators found: Celebrities often highlight unhealthy food favorites without getting paid for it.

"Ninety-five percent of photos that contain foods and beverages on celebrities' Instagram profiles were actually not sponsored by food or beverage companies," noted study lead author Bradley Turnwald. "They were natural depictions of celebrities eating and drinking in their everyday lives."

Celebrities, he said, "exist in societies that value and normalize unhealthy eating and alcohol consumption, just like you or me." And they have the right to post whatever they want online, added Turnwald, a behavioral scientist at the University of Chicago Booth School of Business.

Still, they are often idolized, he said, and "merely following celebrities on social media exposes followers to an unhealthy profile of foods and beverages."

In the midst of an obesity epidemic, that's a recipe for disaster, Turnwald added -- "a disaster that can't easily be solved by simply banning social media food advertising or sponsorship, given that most such posts involve neither."

For the study, investigators tracked all food and drink-related posts made by 181 athletes, actors, TV personalities and musicians on Instagram between May 2019 and March 2020. Ages ranged from 17 to 73, with half younger than 32.

More than 3,000 food-related celebrity posts were cited, containing nearly 5,200 different foods and drinks. Just over half contained only beverages, with more than half of those featuring alcohol. A little more than a third featured snacks or sweets.

The result: Almost 90% of celebrity food and drink posts were unhealthy enough to be essentially illegal under current British youth-related advertising regulations, the researchers pointed out. Less than 5% of all the food/drink-related posts linked back to a paid sponsorship by a food or beverage manufacturer.

The findings were published Jan. 12 in JAMA Network Open.

The findings don't surprise Dr. Ellen Selkie, author of an accompanying editorial and an assistant professor of adolescent medicine at the University of Wisconsin School of Medicine and Public Health.

"This reflects a culture that elevates foods high in sugars and fats by making them visually appealing," Selkie noted. "Since Instagram is a visual platform, it makes sense that celebrities would post photos of visually appealing foods."

Yet "real" celebrity food posts might be less real than they seem, she said, given that "in reality, most celebrities are likely eating more healthy food -- [including] fruits and vegetables -- than they post about."

There's one possible solution, said Selkie. That would be to encourage social media platforms to embrace algorithms that favor more nutritious food posts by giving them a higher profile than poor nutrition posts. "This might incentivize celebrities to post more of this type of content," she explained.

But another food and nutrition expert had a simpler recommendation.

"Don't get your nutrition advice from celebrities or athletes," advised Lona Sandon, assistant professor of clinical nutrition at the University of Texas Southwestern Medical Center at Dallas.

Sandon, who wasn't part of the study, noted what people see in the media influences their decisions and beliefs around certain foods or dieting behavior. "Celebrities and athletes can be very powerful role models, especially for young teens," she said.

Pointing to the popular "Got Milk?" campaign, Sandon said it featured a powerful media message aimed at getting kids and teens to drink more milk. "It would be nice to see more of this sort of thing. A 'Got Fruit' campaign perhaps," she said.

And while it would help to see more celebrities posting about healthier ways of eating, that is not their expertise or job, Sandon acknowledged.

Her suggestion: "If you want sound nutrition advice, follow one of many registered dietitian nutritionists -- the experts in nutrition -- on social media instead."

There's more on healthy living at the U.S. Academy of Nutrition and Dietetics.