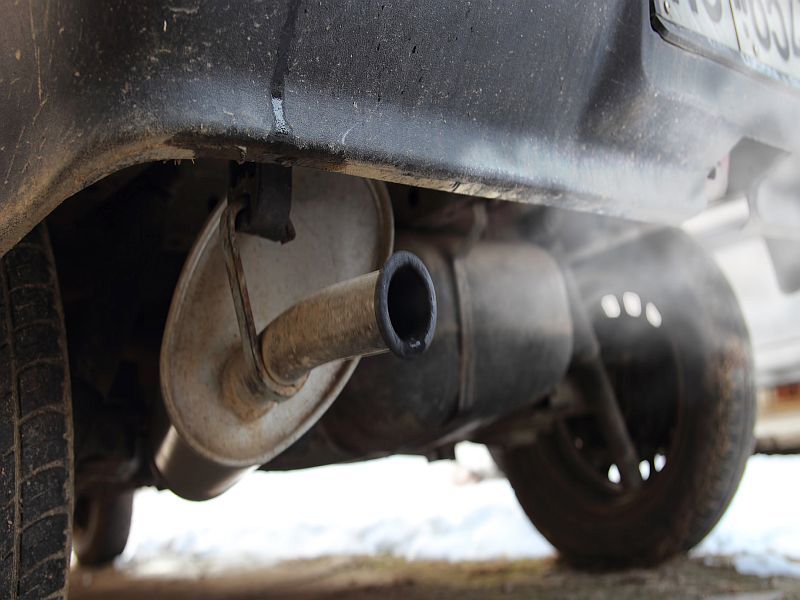 Cutting Pollution From Power Plants, Transport Could Save 50,000 U.S. Lives Each Year

More than 50,000 premature deaths would be prevented in the United States each year if fine particle air pollution from the burning of fossil fuels were eliminated, researchers say.

Curbing this source of pollution would also save more than $600 billion a year in health care costs due to related illness and death, their study notes.

Fine particle air pollution is produced by sources such as vehicles, power generation and industry through the burning of oil, natural gas and coal.

"Our work provides a sense of the scale of the air quality health benefits that could accompany deep decarbonization of the U.S. energy system," said lead author Nick Mailloux, a graduate student in the Nelson Institute for Environmental Studies at the University of Wisconsin--Madison.

"Shifting to clean energy sources can provide enormous benefit for public health in the near term while mitigating climate change in the longer term," Mailloux added in a university news release.

The researchers used a U.S. Environmental Protection Agency model to assess the health benefits of eliminating emissions of fine particulate matter, as well as sulfur dioxide and nitrogen oxides.

These compounds have been linked to health problems such as heart disease, stroke, chronic obstructive pulmonary disease, lung cancer and lower respiratory infections.

Along with a national overview, the researchers also examined the health effects if certain regions reduced emissions of fine particle air pollution on their own.

The Southwest -- Arizona, California and Nevada -- would retain 95% of the health benefits if it moved alone to eliminate fine particle emissions.

In the end, the researchers concluded that every region of the country would get more benefit from nationwide action than from taking their own measures to reduce fine particle emissions.

"Our analysis is timely, following last month's report from the UN Intergovernmental Panel on Climate Change that called for urgent action to transform the world's energy economy," said study co-author Jonathan Patz, a professor in the university's Nelson Institute and Department of Population Health Sciences.

"My hope is that our research findings might spur decision-makers grappling with the necessary move away from fossil fuels, to shift their thinking from burdens to benefits," Patz said in the release.

The study was published May 16 in the journal GeoHealth.

There's more on particle pollution at the American Lung Association.