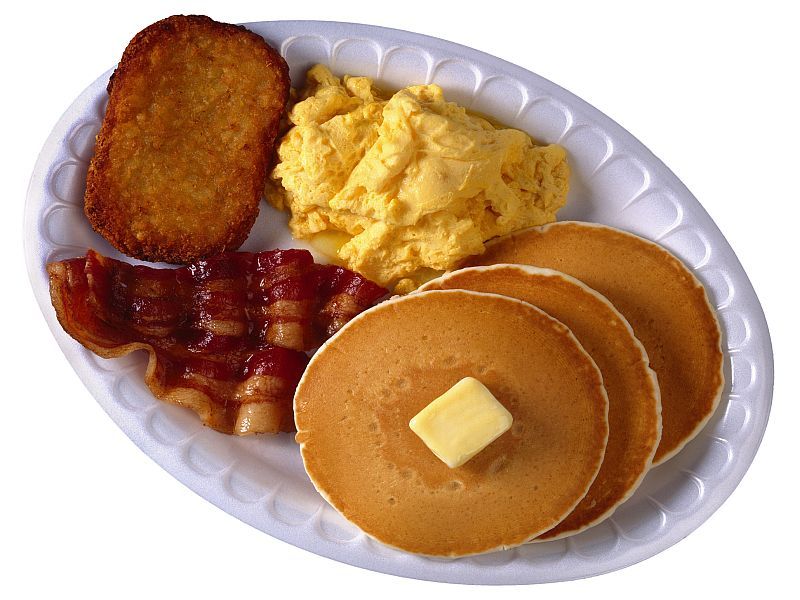 Are Big Breakfasts Really the Key to ​Weight Loss?

Dieters who believe that eating a big breakfast followed by a small dinner is the surest way to lose weight will likely be very disappointed by the findings of a new, small study.

What did the researchers discover? Eating the largest meal early in the day is unlikely to make any difference.

“The notion of timing of eating to influence health has been around for a long time,” said study author Alexandra Johnstone, a registered nutritionist and professor in the school of medicine, medical sciences and nutrition with the Rowett Institute at the University of Aberdeen in Scotland.

Johnstone acknowledged that the advice to “breakfast like a king and dine like a pauper” has plenty of adherents.

And prior research has in fact “suggested that eating earlier in the day enhanced weight loss, affecting energy metabolism, compared to eating later in the day,” she noted.

Still, “chrono-nutrition” — the relationship between food intake and time of day — “is a relatively young science,” Johnstone cautioned.

To try to separate myth from fact, she and her colleagues decided to conduct a diet test involving 16 men and 14 women. For a month, each participant was randomly assigned to follow a morning-heavy diet or an evening-heavy diet, the study authors explained.

All meals were based on a 30% protein, 35% carbs and 35% fat breakdown, while total daily calorie intake was fixed.

But those on the morning-heavy diet consumed 45% of their daily calories at breakfast, followed by 35% and 20% at lunch and dinner, respectively.

At the end of the month, all participants took a one-week break, which was then followed by a switch: for the following month all the morning-heavy eaters became evening-heavy eaters, and vice versa.

The result: “We found weight loss was similar with both diets," Johnstone said.

All participants did lose a notable amount of weight, with an average loss of about 7 pounds during each of the one-month periods. It's just that neither dietary pattern prompted more weight loss.

However, Johnstone and her colleagues did identify one big difference between the two styles of eating: diminished hunger among those on the morning-heavy diet.

While “there was no impact on energy expenditure,” she noted, “there was a positive influence of big breakfast to control appetite throughout the day, with less hunger.”

And that could give a morning-heavy diet a leg up in the long run, she said.

“Hunger is one of the main reasons that people fail to comply to a weight-loss or calorie-restricted diet,” said Johnstone. “So if we have diet strategies that can help control hunger, then it would be beneficial in the real world.”

Johnstone and her team also stressed that there is unlikely to be a one-size-fits-all approach to how dietary planning affects metabolism. Yet broadly speaking, “our work suggests that the distribution of calories throughout the day does not influence energy metabolism or weight loss,” she said.

The findings were published online Sept. 9 in the journal Cell Metabolism.

Connie Diekman is a food and nutrition consultant, sports dietician and former president of the Academy of Nutrition and Dietetics.

Though not involved in the study, she said that while the findings didn't surprise her, the challenge with this kind of analysis “is that no human body functions in the exact same way as another.”

“But as a registered dietician, I suggest two things to clients,” Diekman added. “One, enjoy a meal within one hour of getting up to help bring blood sugar up from the overnight low level. For that meal, try to enjoy some protein and some carbohydrate, to not only help raise the blood sugar but to possibly keep the blood sugar up for a few hours. And number two, fuel the body every three to four hours, to avoid excessive drops in blood sugar, which can lead to overeating,” she said.

There's more on good eating habits at the U.S. Centers for Disease Control and Prevention.