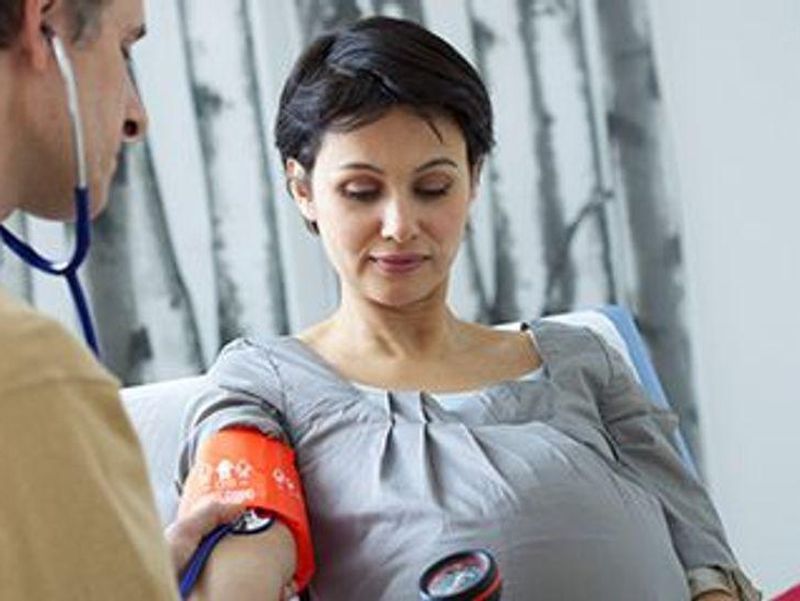 Diabetes Drug Might Help Women With Preeclampsia Prolong Their Pregnancy

Preeclampsia is marked by a sudden spike in blood pressure, protein in urine, or other problems during pregnancy. Preterm preeclampsia occurs between 26 and 32 weeks of pregnancy and often leads to early delivery, putting babies at risk. Preemies have more health problems at birth and later on than babies born at full term.

"Pregnant mothers who were diagnosed with preterm preeclampsia and then took metformin stayed pregnant for a week longer than those who took a dummy tablet [placebo]," said study author Dr. Catherine Cluver, an associate professor of obstetrics and gynecology at Stellenbosch University's Tygerberg Hospital in South Africa.

A week may not sound like a lot, but it can make a huge difference for a baby, she said.

"At preterm gestations, every day that a baby can stay in the womb is of benefit," Cluver noted. Babies born to the women who took metformin spent 12 fewer days in the hospital than babies born to moms who took the placebo, the study found.

Exactly how metformin helps prolong pregnancy is not fully understood, but researchers have theories.

"When a pregnant woman develops preeclampsia, the lining of her blood vessels is affected and there are specific proteins or biomarkers that increase in the bloodstream," Cluver said. "It's possible that metformin improves blood vessel function and decreases these biomarkers."

The study included 180 women who developed preeclampsia between 26 and 31 weeks of pregnancy.

Half took metformin, and half, a placebo. While women who took metformin stayed pregnant for about a week longer than those who didn't, the results were not considered statistically significant.

They were, however, "biologically significant," said Dr. Ira Bernstein, a member of the Preeclampsia Foundation's Medical Advisory Board, who reviewed the findings. The foundation helped fund the research.

"Every week of pregnancy is associated with a significant reduction in risk for newborns," said Bernstein, head of obstetrics, gynecology and reproductive sciences at the University of Vermont Larner College of Medicine, in Burlington.

The research showed metformin was safe, and there were no differences in serious birth complications or deaths among the two groups of mothers or babies.

However, the new study did have some limitations.

It took place at one center in Cape Town, South Africa, where the women were more likely to be obese and have HIV and chronic high blood pressure. More research in larger groups of women is needed to see if the findings apply to other populations, Cluver said.

The researchers are setting up a larger trial that will include 500 women with preterm preeclampsia, she noted.

The findings were published online Sept. 23 in The BMJ.

Preeclampsia remains a big contributor to premature birth, as well as deaths of newborns and mothers, Bernstein said.

In the United States, women at risk for preeclampsia are closely monitored and often take daily aspirin to lower the chances they will develop this dangerous pregnancy complication, he said. Women who have it are often treated with blood pressure-lowering medication and monitored.

The best way to stay ahead of preeclampsia is to get routine prenatal care, he stressed. Your doctor will check your blood pressure during these appointments.

Preeclampsia often comes on silently, Bernstein said. "Some women may report a headache or rapid swelling and weight gain, but these can occur in normal pregnancy, too," he noted.

He described the findings as "interesting and innovative" but said more study is needed to draw any conclusions about metformin's potential role in treating preterm preeclampsia.

"These findings should be used to generate hypotheses and encourage further research in the area to assess both the clinical potential of treating preeclampsia as well as the plausible mechanism for their observation," he said.