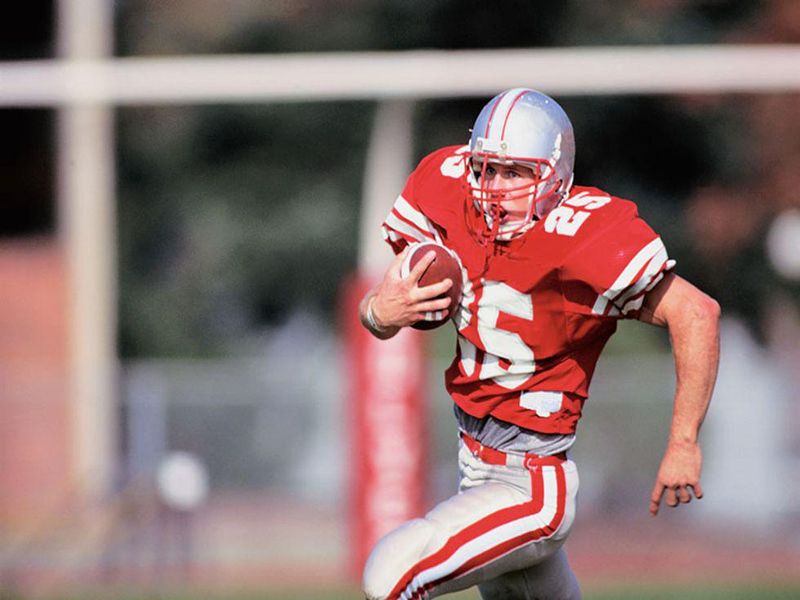 And the longer they played football, the greater their risk, the new study found.

ALS, or amyotrophic lateral sclerosis, is a progressive and fatal disease. It strikes nerve cells in the brain and spinal cord, causing muscle weakness, slurred speech, muscle cramps and twitches, and trouble breathing -- all while the mind stays intact, according to the ALS Association.

No one knows exactly what causes it.

"We now have additional evidence that repetitive head impacts or concussion might increase risk of ALS," said study author Dr. Daniel Daneshvar. He is an assistant professor at Harvard Medical School and brain injury physician at Spaulding Rehabilitation Hospital, in Boston.

"Your brain doesn't care what hits it," Daneshvar said. "You could have exposure to repetitive head impacts from sport, military service, occupation, domestic violence or any other cause, and any of these exposures might be related to ALS risk."

The study included more than 19,400 NFL players who began playing football between 1960 and 2019. Of these, 38 were diagnosed with ALS, and 28 died during the study period. Those with ALS played 2.5 years longer than those without ALS, the study showed.

"The fact that longer professional careers were associated with higher rates of ALS, as well as similar relationships between length of playing career and other neurodegenerative diseases, suggests that more years of football may be associated with ALS risk," Daneshvar said.

The researchers next plan to evaluate ALS rates among players with fewer years under their belts, including those who played college football.

"We also aim to evaluate the pathology responsible for these symptoms and determine the effects of genetics on ALS risk," he said. Other ALS risk factors -- such as smoking, exercise exertion and pesticide exposure -- also need to be considered, Daneshvar said.

The report was published online Dec. 15 in JAMA Network Open.

The findings come in the wake of a new report showing that former NFL player Phillip Adams, who was accused of fatally shooting six people in South Carolina before killing himself in April, had signs of severe CTE in his brain on autopsy.

Protecting the brain and preventing head injury among athletes should be a top priority, Daneshvar said. He noted that more than two-thirds of repetitive head impacts occur during practice.

"That means we could reduce every athlete's exposure to repetitive head impacts, and their possible long-term effects, by up to two-thirds, just by changing how we practice," Daneshvar said. Strategies include more non-contact days, fewer hitting drills and changes to play style, he noted.

"Cumulative years spent playing football, along with cumulative repetitive head impacts increase the risk of developing not only CTE but ALS," Daneshvar said.

"Parents should recognize that the risk for neurodegenerative diseases including ALS and CTE increases with the number of years spent playing," said Glatter, an emergency medicine physician at Lenox Hill Hospital in New York City who reviewed the study findings.

The U.S. Centers for Disease Control and Prevention offers tips on reducing concussions.